The case of the vanishing newspapers in downtown Salt Lake City. 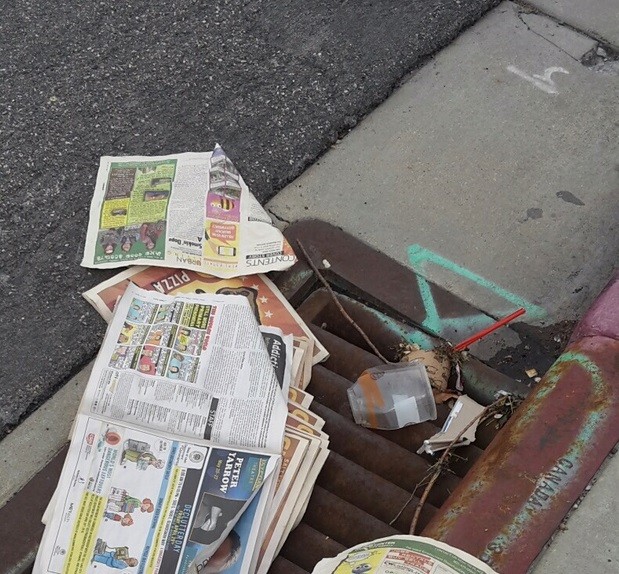 City Weekly's hard-working circulation manager is none other than Larry Carter.

Carter and his crew are the industrious souls you observe every Wednesday and Thursday carrying bundles of papers around town and dutifully filling City Weekly's street boxes with fresh copies of the latest edition.

But lately, Carter's efforts have become increasingly frustrated by the actions of one downtown resident. We don't have this person's name but we know him well, as he leaves a trail of paper and trash in his wake. He's a 40-something, 5-foot-7 tall, male with unruly brownish-red hair, a full beard and a bald spot with a fresh scalp wound. He's presumably homeless, presumably mentally challenged, and has told some people that the "propaganda" in City Weekly upsets him. As such, he makes it his mission to empty out the City Weekly street boxes and either throw the papers literally on the street where the wind scatters the pages in the breeze, or he balls them up and jams them back into the street racks, making it impossible for a reader to pull out a copy.

This person is an equal-opportunity vandal. According to witnesses, he has also emptied out boxes containing other free papers. Not only that, but he's compelled to up-end city trash containers and let the contents spread out across the sidewalks downtown.

Carter has complained numerous times to city police about this problem. One officer whom Carter spoke with seemed to know exactly who Carter was talking about, noting that this person is the bane of the city street-cleaners' existence. "Just call me directly the next time you find him emptying your boxes," the officer told Carter.

So Carter did that today. The propaganda-hating man had emptied out nine City Weekly street boxes today. Carter confronted the man in front of Squatters on 300 South this afternoon, insisting the man wait for police to arrive.

Carter called his contact at Salt Lake City Police Department. But the officer who had previously reassured Carter was of little help today. "There's nothing we can do about it," he told Carter. The jail is full, he said. If a crime doesn't rise to the level of a felony, all the police can do is issue a citation, Carter was told.

So that, as they say, is that—a great day to be a vandal!

Were the angry man emptying out City Weekly's street boxes a representative of the LDS Church or the Legislature, citizens would be up in arms, complaining their First Amendment rights were being infringed. Instead, today anyway, this individual gets a hall pass because there's no room at the inn.

So why the leniency? Due to overcrowding at Salt Lake County Metro Jail, County Sheriff Jim Winder implemented a new policy in early March, allowing "low-risk" offenders such as bad-check writers and those charged with bribery, computer crime, possessing a controlled substance, criminal mischief, forgery, graffiti, money laundering, retail theft and theft by deception to avoid being booked into jail.

So, we can only ask: What is being done about the crowded county lockup and the fact that there are few deterrents for bad behavior? The sight of newspapers blowing through the streets doesn't set off the same alarm bells as gang crimes and bank robberies. But such vandalism is a symptom of a downtown growing more lawless by the day.