Salt Lake City has always been home to unique spaces utilized for the arts. There are a dozen different locations that have come and gone over the years, many who are still in business to this day, giving creative individuals space away from their day job and home life where they can sit down and hammer out great works, all while being surrounded by fellow artists as an inspiration. Anyone who rides the S-Line Streetcar has most likely seen The Nomad Network, with it's brightly colored exterior showing off two floors of space inside an old warehouse. Today, we chat with founder Pablo Blaqk about starting up the space and where he intends on taking it. (Most photos provided courtesy of the Nomad Network.)

Gavin: Hey Pablo, first thing, tell us a little bit about yourself.

Pablo: I'm a creative, I love designing and building. Grew up traveling half my life because my father was in the Air Force. I have one younger sister who's married and a beautiful niece. I love the art of learning and hacking my education through alternative formats

What first got you interested in the arts, and what influenced you growing up?

I got into a lot of fights. In second grade, they decided to put me in an art class, and it helped a lot with my ability to process my emotions and think outside the confines of my life. Art evolved from there.

I've primarily known you as a musician. How was it breaking into the local scene and playing around the state?

It's been a lot of fun and challenging. I throw events, so creating platforms for musicians created a really complementary edge to breaking in. I'm also a songwriter, so I think it was easier in the sense that I get how writers think, and relate well with other musicians releasing their material. I ran an open mic at Poplar Street Pub for two years as well with Michael Cundick, which also kept me involved every week. I love to travel and play; it really sharpens my focus and drive for music, and gives me a lot of perspective on my life and what I want for myself and my music.

How have the past few years been for you as a performer?

They've been great. I don't really enjoy playing out a lot. I recorded two new albums, so I didn't play much, working on music videos that were shot in the U.K. by Jack Bailey. I'm not one of those musicians who grinds four-hour sets every week. I mean, I have [done so] off and on, but not often. I've always cultivated a balance. I like to let it brew up. I've built strong relationships with Nate Yettom, the owner of Sensibility Records, who The Civil Wars are signed to. He managed them as well and is married to Joy [Williams], who's got a budding solo career now. I'm also experimenting with Max Abram, saxophone player for the Grammy award-winning band The Mavericks. Relationships in music are important to me—having reliable, honest friends in a cutthroat business. Slow and steady.

How did the idea for the Nomad Network come about?

It came about a year ago. I've been at the building for over a year and a half, though, I was helping get the building to code and hanging out with the guy who got contracted to code it. A lot. Three to four times a week. He reached out to me because he knew I've worked on similarly large projects before. I saw the potential, and when we finished it up and no one was leasing space, I decided to take the risk and lease the majority of the space to cultivate a community that I believe in, by providing a makers space where creatives can create from the ground up and also market [themselves]. It's an ideal future for the warehouses along the S-Line that could potentially be converted into a large art district scene. I see the S-Line as Salt Lake City's Venice art boardwalk. "Sugar House Boardwalk."

How did you originally come across the space in Sugar House?

I'd always known of the building for years, I was creating an aquaponics system with a gentleman named Skyler for my two-day Green City Music Festival and created a relationship there. He hit me up after the festival for a few months asking me to heck it out and help. Once I cleared my head from the madness of hosting a huge event and hundreds of bands sponsors in and out of state I made my way over. Originally visually it was really a nightmare and nothing worked.

Was having it by the S-Line something you wanted, or just luck with the space?

It was something I wanted and was lucky to find.

What was it like transforming the space into what you needed?

It's constantly being remodeled, new ideas always growing and being integrated! We are as unique as the artist here and community around us. We love diversity and embracing the right change. I look at it as a Willy Wonka experience for the community around it, folks always have wondered what's going on in there. You'll have to wait and see.

What kind of challenge was it for you to create a natural light workspace in an old manufacturing plant?

It was hard. I had to knock down a lot of walls! Replace a lot of windows! 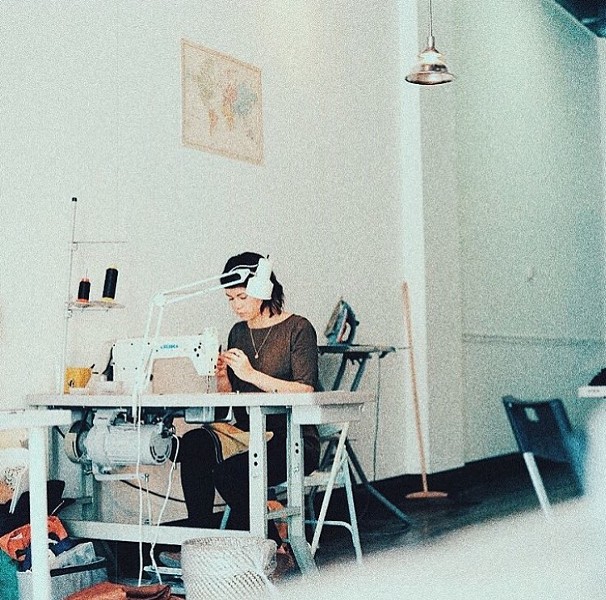 What was it like starting up and getting clients into the space?

It's been a process. Multiple extensive interviews, walking folks through the vision before one 2x4 was laid. I made sure all of them were builders of some kind, that they were amazing humans with the drive to inspire help others and succeed in their goals to cultivate an exciting healthy productive environment.

For those who have not seen the space, what does it all provide? 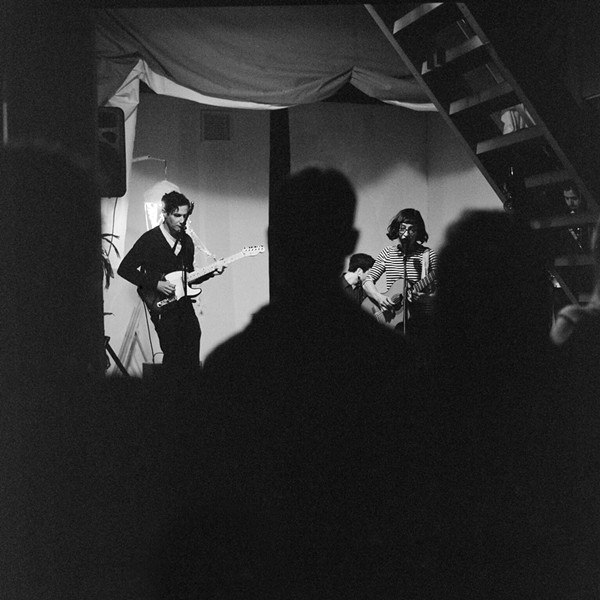 What kind of bonuses do you get from the Club 30 Membership?

Most in-house rates are 50% off free into all events enjoy our lounge area 100 Megs of internet hosting clients. You're constantly around bright eco-minded forward-thinking folks of all degrees who are offering solutions and motivating through their hard work/results that they display! We also host free markets to the surrounding community for members to cross promote and much more. Email us or visit the website for more info.

What do you hope people get out of the space?

We want a future to evolve with the creators inside and community ecosystem around it. It was over ran with drugs, transients, some folks who really needed shelter in our homeless community when we got to it. It stayed vacant for a year, the owners were about to loose the property. So we had to talk and work it out with everyone to create the seed that has grown. I have to give a lot of that credit to the two guys that were their contracted to code for the first three months of work they did. Along with the fire department and police department for also working with us. We want to create a brighter future by opening our doors here for people with ambitions or individuals, groups looking for positive development in their craft, Utah or in our world community. The ultimate goal is to run off the grid, put solar panels on the roof, store energy for others and become self-sustaining! Be a creative example of what are community could become soon. We encourage pondering outside personal habits to be moved towards lifting a run-down area, a country with hope. I want for it to be a Willy Wonka experience—you never know what's gonna happen next. Educate the community by installing evolving educational platforms.

And what do you hope the space does for the community?

I hope it continues to be a joy that brings world cultures together, a pillar that gets them through the cold nights of life and lifts us up through the darkest of times. A reminder to us that if you work hard enough you can achieve in life, that we have to work together to do it. We are in it together, we are not alone and it's okay not to be okay sometimes.

For those interested in booking something at the studio, what do they need to do?

What can we expect from yourself and the Nomad Network over the rest of the year?

More renovations! More interesting start-ups entrepreneurs and builders creating!! More social impact on the street level hopefully an even bigger moral boost! Trent Call, the artist for Even Stevens, is doing another piece on our mural wall next week. Stop by to check that out. We have one if the larger is the state!