The Pipeline: Brave Gamers Beware, Syndrome Will Creep You Out | Buzz Blog

The Pipeline: Brave Gamers Beware, Syndrome Will Creep You Out

October 06, 2016
comment
It's October, nearing Halloween, and everyone is looking for a good scare. This is usually the time of year where many gamers will break out games like Amnesia, or one of the many Slender ripoffs, and start spooking the hell out of themselves to go with the season. But for those looking for something new in the horror, survival or just-plain-action genres, Camel 101 has got something new up its sleeve. Today, Oct. 6, the indie developer releases Syndrome on Steam, looking to scare the living hell out of anyone who dares tread into their version of sci-fi. 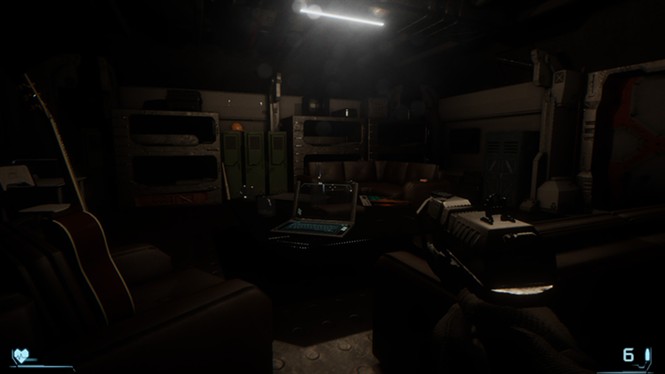 You start the game as Trent Galen, a lower-level engineer waking up from cryogenic sleep who either overslept, or just wasn't good enough to be on the A-Team of space exploration.  You quickly discover three immediate problems after getting past the initial wake-up session: 1. Most of your crew is dead; 2. There's an enemy force (possibly motivated by some alien technology) wandering the ship that loves killing crewmates; and 3. There's a tactical team in lower bowels of the ship killing everything in sight. With your Titanic-shaped science ship in a state of disrepair, and scattered crewmates not trusting anyone, you'll have to navigate the winding and poorly-lit corridors to put things back online and find out what happened—all while dodging enemies who most likely want to gut you and hang you from the ceiling by your organs.

The gameplay immediately reminded me of SOMA, where a lot of what you do is wander to find out what the issue is, then problem- to fix it so you can move to the next challenge, puzzle or aspect of the story. The biggest similarity is that you're dodging and avoiding numerous enemies along the way. You'll have some tools you can you as weapons as needed, but for the most part, you'll be doing a lot of dodging. You'll have to navigate around the enemies so they can't detect you, or use objects to make noise in other areas so they get distracted and you can move around them. You'll also be able to pick up items for your inventory as you go, many of which will be in obscure areas like lockers and wall kits, so you'll be doing a lot of searching as you go. You may not think that picking up a pair of batteries will help you along the way, but trust me, becoming a junk collector is a necessity.

The best thing the game has going for it is the creepiness factor. Often, throughout every section of the ship, you'll come across robots that appear to be deactivated; one minute they're standing dead in an are,a and the next they'll be missing. So of course, the immediate thought is, "Where did it go, and is it just around the corner?" The other item that will scare the hell out of you is what's left of your crew, and the pain they went through in their final days and moments, suffering through headaches and going insane trapped in a tin can with some kind of alien hardware on board. The path of dead bodies and sliced off limbs only adds to the "I'm screwed!" factor that will be going through your head every level.

But that isn't all there is to the atmosphere, as two often-overlooked but crucial elements make the gameplay awesome: the lighting, and the music. As would be the case with any ship that's currently going through hell in space, the lights are on the fritz. It makes you wish every ship was designed like the current USS Enterprise, where even in a bad situation, it's as well-lit as an Apple Store. The halls are murky and covered in abstract lighting that will have you anxious about every shadow around you—it's the kind of game that is meant to be played in the dark. It isn't even for a jump-scare factor; the game is simply putting you in an area that messes with your mind at every turn, and that psychological factor works brilliantly.

As for the music and sound effects, they beautifully complement each area you come to. Anytime you find a new body, that sharp violin chord comes in and puts more emphasis on the horror you're witnessing. There's no getting around the absolute genius of how Camel 101's team set everything up as you walk around. Even when you start seeing what the crew did to each other (and themselves), that horror factor raises your blood and heart rate to a new level that will feel more like an adrenaline rush than a minor fright. 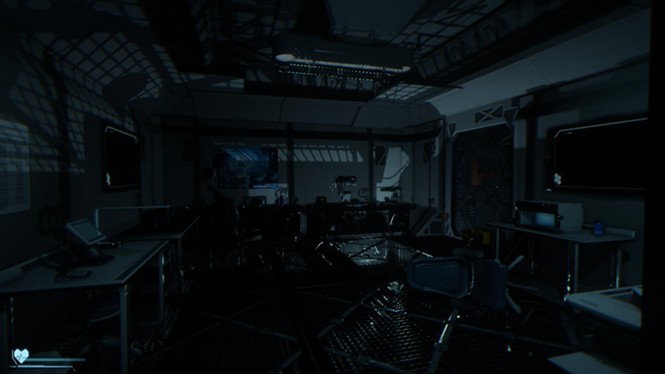 The big takeaway from Syndrome is that you're not in control of anything, and there's something absolutely terrifying about that feeling. Whenever you're dumped into a game where part of the story revolves around you just coming into a situation, there's usually some knowledge of what needs to be done, or the major goals that need to be obtained, or even just the security of knowing you could defeat an enemy in a pinch. Syndrome offers you none of this, which puts it in another league of horror games—because, much like in horror films themselves, there's always uncertainty over whether the hero will make it to the end.

Here, you'll have to go with your gut as to whether you're making the right choices. And as you can see from your other crewmates, many of those choices may be the wrong ones. The only way you'll truly know is making it to the end, and a lot of corpses and robots stand between you and the conclusion. This is a fitting game for the season, and a truly great horror game that will keep you guessing. I highly recommend playing before Halloween is over.