A chat with Rémi Chayé about his directorial debut.

The Salt Lake Film Society has always done an amazing job bringing in films from around the globe, whether we knew we wanted them or not. This weekend is no exception, as Shout Factory Films brings in the 2015 French-Danish animated film Long Way North, in full English dub (with the exception of the 4:10 p.m. showings, which will be in French with subtitles). Today we have the awesome pleasure of chatting with the film's director, Rémi Chayé, about his career and the film itself before it comes to SLC today. (All pictures provided courtesy of Shout Factory Films.) 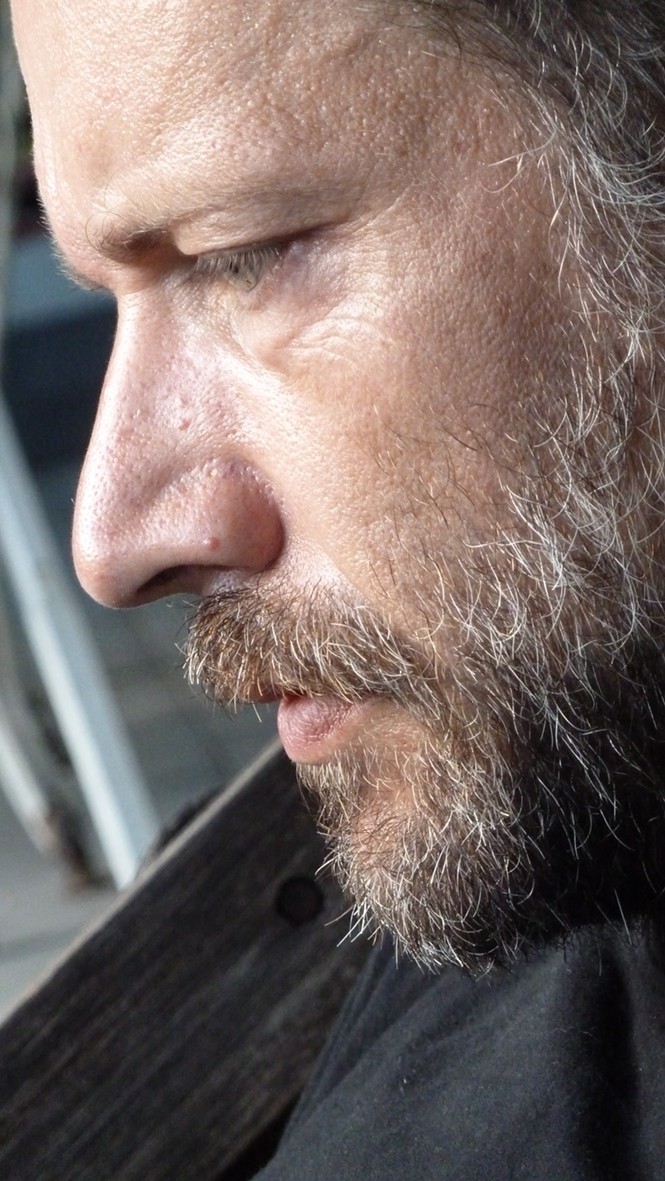 Gavin: Hello Rémi! First thing, tell us a little bit about yourself.

Rémi: I'm a 48-year-old living in Paris with a scriptwriter, Pauline Pinson, and our two-year-old kid, Isaac.
I studied drawing and painting at Met de Penninghen (ESAG) in Paris for two years (1987-1989) and started working as a storyboarder for advertising, then as an illustrator.

What got you interested in film early on? What were your favorites growing up?

My parents chose not to have TV at home, so I discovered cinema late around 15-years-old going alone to the theater. I'm really into American movies from the '60s and '70s, from Sydney Lumet to William Friedkin, from Bullitt to The Godfather.

What specifically drew you toward animation and animated features?

I discovered the animation field lately and have been trained by elders. I went back to school in 2003, in La Poudrière, to study how to direct animation movies.

What was it like for you learning how to be a professional animator?

If I want to be precise, I'm not a professional animator, but I'm a layout and story-boarder artist. I learned it on the spot and with elders. I started with cleaning the storyboards of a very talented story-boarder, Bruno Lefloch. It was for a 26 minute TV serial, Princesse Sheherazade. We were in a hurry, intense work with no time for regret. It was the best school to learn.

What were some of your first breaks and how was it learning the ropes of the industry?

I've always been eager to understand how things work. In animation, organization, pipelines, naming rules are very important. I learned a lot working as assistant director for The Secret of Kells. For Long Way North, I tried to conceive a graphic style and a pipeline in the same time to be sure we could perform the features within the small budget we got (6.4 million Euros).

You've had various positions over the years in the art and animation departments. What's been your favorite project to work on prior to this film?

I won't decide for a favorite. My chance has been to work for good and various directors. I learned a lot with Jean-Christophe Villard (the TV special), Le Cadeau Empoisonné, with Tomm Moore (The Secret of Kells), with Jean-François Laguionie (Le Tableau) and Dominique Monféry ( et la des ).

How did the opportunity come about to direct your first film?

I won’t say it was an opportunity. It came as an author project that we pushed and fought for during years before finding a producer. With the two original scriptwriters, we worked as a ping-pong text-drawing during four years. Eventually, Ron Dyens of Sacrebleu Productions met us in Annecy’s " de projet" and decided to produce the feature.

What were your initial thoughts on Long Way North's story and the characters?

When the two original script writers told me about the idea of the story, I had just discovered the Expedition and the photograph of Frank Hurley. Russia and Russian literature fascinated me. This project was exactly what I was expecting.

For those who aren't aware, what's the process like for a director in an animated film?

There are three  very different lives as a feature director. First the conception, you're alone or in a small team working to conceive the graphic style and the story. And trying to convince investors to support. Then it’s management work with a growing team that you have to keep happy and working in the same direction. Then it's the promotion.

What would you say was the most challenging aspect for you in this new role?

Really, it's the 80 minutes narration, which is the hardest thing to solve. How to tighten the story in the animating stage.

How was it for you watching the film premiere last year? What did you think of the reception?

I felt really nervous. It's easy to understand after 10 years of work. But the reception in Annecy [at the] premiere was crazy. It was absolutely euphoric.

What are your thoughts about the film going across America right now?

Great hope. We know it's quite hard for European movies to make it to a big audience. We rely on the story and the values of the story.

We prepare a new feature named Calamity, a childhood of Martha Jane Cannary, with the same team. We are back on script with Fabrice de Costil and this time Sandra . LianeCho Han will storyboard it with me and will direct the animation, Benjamin Massoubre on editing and Patrice Suau on color background. Our hope is that most of the crew will be back for this new feature.