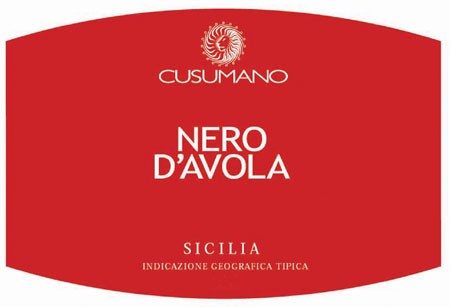 Wine has been produced in Italy’s Sicily region for millennia. Legend has it that Dionysus (also known as Bacchus) brought pleasure to mankind and wine to Sicily. Nonetheless, Sicilian wines have never been among Italy’s most sought-after or respected. For much of the last century, grapes grown in Sicily were exported and added to wines made in other parts of Italy. But, that is changing.

A new generation of winemakers has, in the past couple decades, introduced changes in techniques and philosophies about how Sicilian wines should be made, and some of Italy’s best wines are now coming from Sicily. One such producer is Cusumano. I recently had the pleasure of sampling some Cusumano wines and was very, very impressed.

The winery is owned and operated by the brothers Cusumano, Alberto and Diego, who work closely with expert winemaker Mario Ronco. All of the grapes for Cusumano wines are hand-harvested and estate-grown. They are artisanal wines that somewhat hearken to the past in terms of vineyard techniques such as hand-harvesting, yet are modern and innovative on the palate. These wines of the “new” Sicily are adventurous and dynamic, meticulously made from vineyards spread across seven holdings throughout the region.
Probably the best known of the Cusumano wines is their basic Nero d’Avola ($12), made with 100 percent Nero d’Avola grapes – the most common Sicilian grape varietal. Like many of Cusumano’s wines, the Nero d’Avola is bright, fruit-forward, with fresh red and black berry aromas, a good choice for a wide range of meat-based dishes. Also like many of Cusumano’s wines, this one features a glass top closure.

My wife, who enjoys Italian wines more than most, really loves Cusumano Insolia 2012 ($12.99). And I’m glad, because it’s an absolute steal for thirteen bucks. While many of Cusumano’s wines are prestigious and pricey, this has got to be one of the world’s best values in white wine. Native to Sicily, the Insolia grape was mostly used to make Marsala. It’s a somewhat odd white grape that doesn’t quite taste like any other to me. Its acidity and citrus qualities remind me of Sauvignon Blanc, but then tropical fruit and floral aromas make me think of Viognier. It’s softer than Chardonnay, yet quite rich. Try it with pork and fish dishes and pastas with creamy sauces.

If you’re had Nero d’Avola-based wines in the past, forget everything you know about them. Cusumano Tenuta San Giacomo Sàgana 2011 ($40.30) will forever change your thinking about what Nero d’Avola can be. For starters, in a return to Sicilian tradition, the wine spends one year in large casks to help smooth out the rough edges of the Nero d’Avola. It’s taken Cusumano years to find the right balance between wood and wine and their Sàgana is nothing if not well-balanced. That’s a good thing, because this stuff is a fruit bomb. Almost black in color, it’s rich and bold, well-structured with deep plum, cocoa, vanilla and black pepper flavors. It clocks in at 15% ABV, so go easy. I recently enjoyed Sàgana with homemade Margherita pizza, but it would also take well to meat dishes and red sauces.

Based on the legend that Noah (of Bible fame and “Noà” in Italian) was the first person to create wine, Cusumano Noà 2011 ($50.32) is thusly named. The 15.5% ABV wine is a blend of 40% Nero D’Avola, 30% Merlot, and 30% Cabernet Sauvignon. It’s a rich, full-bodied wine with sweet tannins – very jammy with hints of anise and cocoa – a wine that would pair nicely with grilled red meats and roasts.