Capcom left me bug-eyed and bloodied. I like it.

January 26, 2017
comment
In the heyday of the original PlayStation, the two series that scared the living hell out of most every gamer were Silent Hill and Resident Evil. Oh sure, other titles might give you a great jump here and there, or catch you off guard when you're not expecting it, but these two set the standard we've been following for more than two decades. Both series have had their share of going off the rails, and creating sequels that just didn't deliver, but when we shifted into this current generation of gaming consoles, great things were on the horizon. We won't get into the issues that Konami has created for itself; instead, we'll focus on the second of the two, as Capcom has finally released the much anticipated Resident Evil 7: Biohazard. 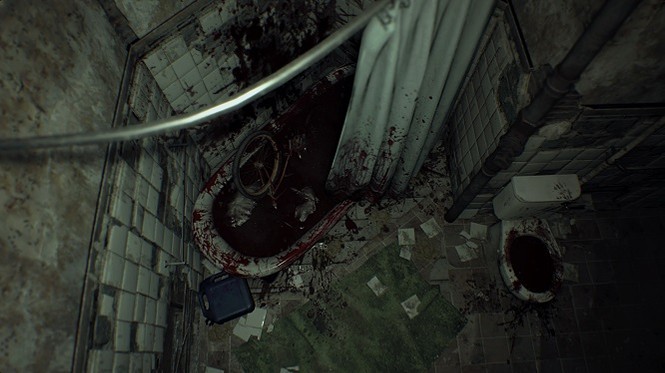 This game takes us to present day, 2017, four years after the events of RE6 in a little fictional town called , La.  You play as Ethan, husband to his missing wife Mia, who apparently is in the thick of something horrifying. Her last video message to you tells you to stay away, but this is Resident Evil, where no one recognizes danger or listens to common sense. Three years later, you take off in a huff to find out what became of your wife, only to run into a world of creepy hell. Without getting into spoilers, you come across the Baxter family, and a home filled with woes as they seem to be overcome by an evil force that you need to escape from while still trying to find your wife. 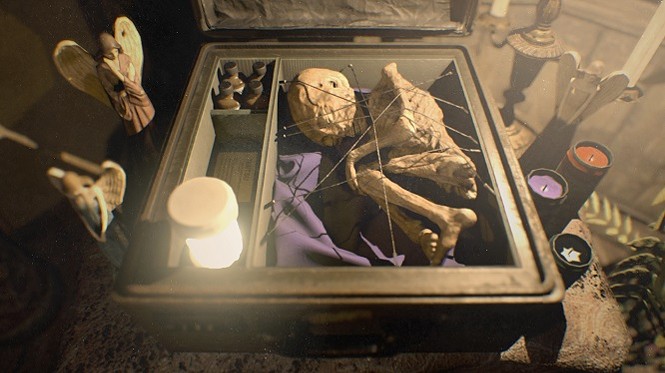 The gameplay on this is awesome from the get-go. This is the first Resident Evil title that forces you into the first-person perspective, which helps makes things just a little more terrifying.   Previous versions of the game always kept life in third-person, and used the camera angles to create terror and suspense. But the previous two games (not including spinoffs and special editions) have unfolded more as an action-thriller than suspense-filled horror.  Putting this universe in first-person changes everything; now the horror is in your face and your personal options are limited, leaving you with difficult choices to make as you progress through the game. 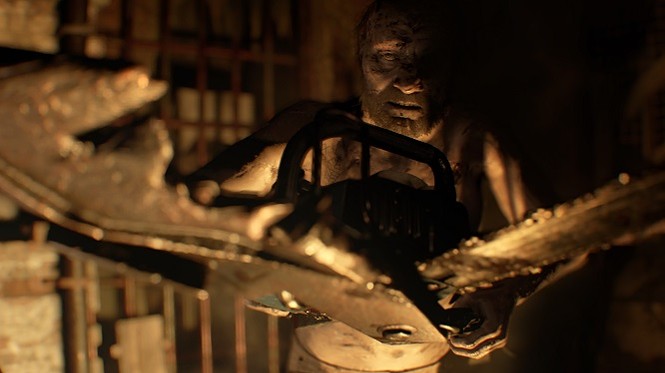 Another feature that made a comeback in an awesome way is the puzzles. A good portion of Resident Evil in the past has involved solving puzzles and figuring out how everything works. There are some familiar callbacks, but also some innovative thinkers that will catch you off guard. You're also back to one of the tropes that people have hated about the series in the past: resource management. As you collect items in the game, you'll have to be careful about what you use and when. You won't be able to expend a ton of ammo or heal yourself randomly on a whim, you'll have to decide what the best moments are for everything. One more cool throwback is your health meter constantly being measured, but this time through a smartwatch on your wrist, giving you the ability to watch your life in real time. Great care was made to make this game feel like a throwback while staying in the present. 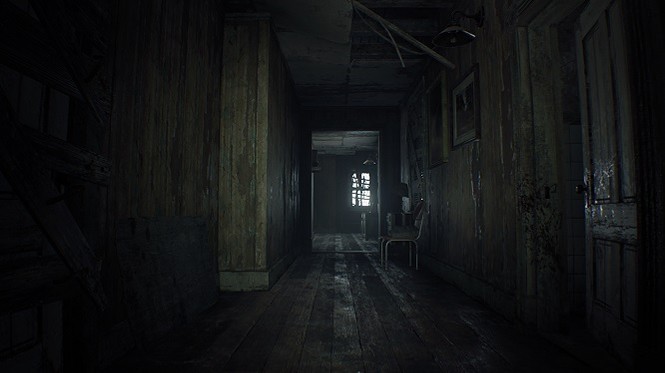 The graphics in Resident Evil 7 are stunning. Scary stunning. From the first moment you get into any kind of a battle, you genuinely feel like your life is on the line. There is a level of terror between the sights and sounds of this game that give me goosebumps and cause my body to go stiff in fright. There's a lot of unexpected horror around every corner, even when it's just something making a thumping sound in the room. This is by far one of the most involved horror games I've ever had the pleasure to play, because every minute detail has been created to put you on edge and not know what to expect. There is no rampant string of zombies you avoid, there is no onslaught of monsters (though they do exist), and there's no abundance of side-missions to fill the game. What you have is a fully drawn-out game that stands alone while also giving you every element of a Resident Evil game possible.

Resident Evil 7 is one hell of a candidate for Game Of The Year so far in 2017.  There's just so much about this one to love, as they've taken the formula and boiled it down to a much simpler game while adding elements to the scare factor. I've gone through a lot of horror games in my time playing, but this one gave me a new sense of terror that I've rarely experienced in games, something I associate more with horror films. It's definitely not a game for the timid, and the young should only play if they truly want to experience the stuff of nightmares. Resident Evil 7: Biohazard is the game to experience at the moment, no matter what else you're playing.