Gruber at REDACTED
Why start a new music blog with a review of a show you’ll never get to see? Because of the Health Insurance Portability and Accountability Act of 1996, for one. But also since some musical experiences need to be shared, even if it’s through word-of-mouth only. Recently I joined actor/comedian/musician Dave “Gruber” Allen for a sing-along gig at a local nursing home. When he’s not out of town filming scenes for the Netflix comedy Love, Gruber takes his acoustic guitar, a couple of thick-to-bursting physical songbooks and an even more massive mental songbook, he performs for and with the residents. This particular week, he honored City Weekly’s Best Summer Concerts issue by stopping mid-song to poll the audience about their first shows, performing bits of songs by the artists mentioned. Bet you’ve never heard a medley consisting of “Red River Valley,” “Que Será Será,” Black Sabbath’s “Paranoid” and Kiss’ “Rock and Roll All Nite.” But what made it special was a group of people sharing stories about the soundtracks of their lives.

City Weekly was one of a small group of folks that took part in a cigar-box guitar making workshop at the Utah Blues Festival. For the low-low price of 25 bucks, UBF organizers provided attendees with everything needed to make their own fretless, three-string instruments, as we ll as their own real-deal bottleneck slides made from liquor and wine bottles. Check out this bad mutha-fuh-ya! I can’t play the thing very well—but I’m tryin’. Maybe someday you’ll get to hear my original tune, “Talkin’ Imminent Deadline Blues.” Check out some of instructor Dave Smith’s other instrumental tobacciana at Defiant Guitars at facebook.com/defiantguitars and instagram.com/defiantguitars. 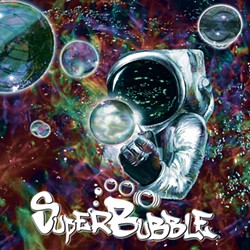 Several months ago, I visited with Brandon “B” Barker, otherwise known as local loop guru Simply B. At the time, his nascent band project SuperBubble was just gettin’ started. In May, the octet dropped their debut EP, Effervescent, produced by Mike Sasich and Greg Shaw at Man  vs. Music studios. The six-track collection is the expected good-time blend of funk, jazz, rock and soul as ripe for headphone listening as it is for setting the tone for an all-night party. I nominate the closing number, a nocturnal space jam called “Cheese & Wine,” as the new theme song for the Red Butte Garden series. That’s not a dig—the fest, snacks and track, which captures the liberation and jubilance of great music under the stars, just go well together.