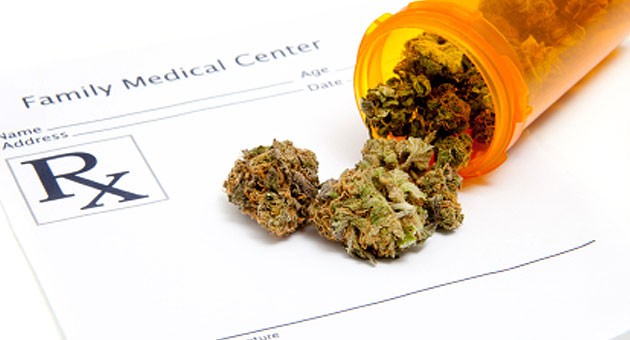 Growing up a member of the LDS faith, Debbie Hoskin saw marijuana as a dangerous drug. But that was before her husband discovered that by taking marijuana, he could reduce his pain pill intake by half.

Hoskin and her husband, who suffers from chronic pain, resided in Colorado for a time, where medical and recreational marijuana is legal.

“I thought, well we’ve tried everything else under the sun, let’s try this too,” she says. “So we went and got some edibles on the recreation side, and they did help him.” After, her husband obtained a medical marijuana card. “He started buying on the medical dispensary side where they could better advise him to what would help his pain.”

And with that, Hoskin, now a resident of Box Elder County, was converted from skeptic to full-blown advocate. On Thursday, she signed up as a volunteer with the Utah Patients Coalition, who are spearheading the efforts to legalize medical marijuana in this state.

The coalition, recently approved by the lieutenant governor’s office to gather signatures for a medical marijuana initiative, has hit the pavement with pens and clipboards.

DJ Schanz, campaign director of Utah Patients Coalition, stood near a tent on the Gallivan Center plaza to recruit volunteers and sign up supporters. If the coalition collects about 113,000 names by April 15, the bill will appear on the ballot in November 2018, where Utah voters will decide whether medical marijuana will be legal in the Beehive State. Lawmakers’ previous attempts to pass medical marijuana bills have been unsuccessful.

“The purpose is clear: It’s to give access of medical cannabis to thousands of patients who have a huge need for this product,” Schanz says. “This is a highly regulated bill, but we feel like it’s the right direction for a Utah bill.”

Plenty of people in the state want to alleviate their ailments but fear legal ramifications, says Gabby Saunders, education coordinator and founder of Utah Residents for Medical Cannabis, which joined the coalition.

“These aren’t people who are criminals,” she says. “These are your next-door neighbors who come over with fresh bread during the summer; these are the people working downtown and hanging out at the Gateway after hours; these are regular everyday Utahns who happened to get the short end of the straw.”

A group for which, she continued, marijuana could certainly improve their quality of life and in some cases save it outright.

At a time when the nation’s addiction to painkillers medication has inspired President Donald Trump to declare America’s opioid abuse a national emergency, those seeking treatment are asking for safer options. Utah, one of a few states in the West that still outlaws medical pot, ranked seventh in the nation for opioid overdoses between 2013-2015, according to the Utah Department of Health.

The bill prohibits smoking marijuana, which some supporters see as a compromise.

“For the conservative state we are in, they did this the best way that they possibly could,” Saunders says. “With smoking it, you do have people who will bring up issues like what about second-hand smoke. What about damage to lung tissue? What about it being around kids?”

Utah Patients Coalition plans to have the petitioning done by January. Ongoing volunteer information can be found on utahpatients.org.