New holiday will not replace, but rather live alongside Columbus Day.

Odd isn’t it, that a man accused of murder, rape, enslavement, torture and infanticide is recognized each year with a day of celebration. That was the implicit message made by activist James Singer, and others, Tuesday evening at a rally outside the Salt Lake City and County Building.


And explicitly, they asked why is Christopher Columbus, a man who never set foot in Utah, lionized while native peoples, whose ancestors have inhabited the land he “discovered” for thousands of years, are still marginalized more than 500 years after Columbus’ ships set sail?


“We indigenous people still fight to change the name of an NFL football team based in this nation’s capital from a derogatory and racial slur about us to something different,” Singer said. “We face the fact that our indigenous sisters, mothers and daughters are murdered or missing at unfathomable rates. That our neighbors dress up in red-face for Halloween, for homecoming, for dance routines or for sham battles all here in Utah.” 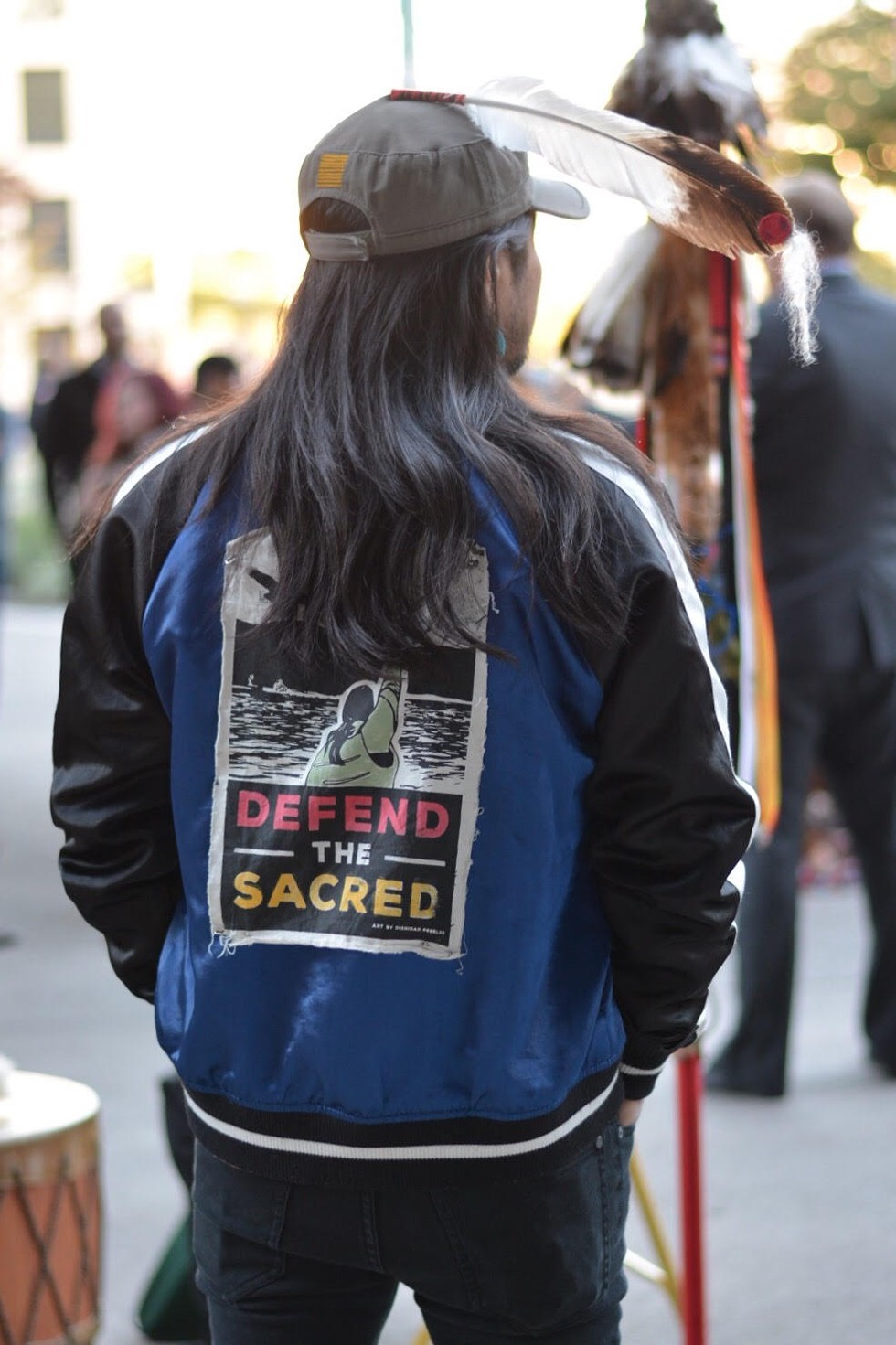 “We face the fact that our indigenous sisters, mothers and daughters are murdered or missing at unfathomable rates. That our neighbors dress up in red-face for Halloween, for homecoming, for dance routines or for sham battles all here in Utah.” —Activist James Singer tweet this

Eloquently, Singer noted that the city council’s gesture was not a panacea, but instead a first step in the right direction.


“It won’t bring back those who battled armies long ago or battled bureaucracies today. It won’t stop pipelines from stopping sacred sites or threaten our water. It won’t stop people from trashing our lands for oil or gas or robbing our artifacts. It won’t even bring us back our promised lands. It is, however, recognizing and honoring the people who live here.”


Advocate Carol Surveyor asked Native Americans to raise their hands and consider the last time anyone recognized or celebrated their culture. “Continue our prayers, continue our songs, continue teaching and educating, because we didn’t die off after Manifest Destiny,” she said. “We are still here.”

The rally commenced with a couple of prayer songs sung by four Native Americans, who encircled a large drum.


State Sen. Jim Dabakis, D-Salt Lake City, who supported a similar statewide resolution said he initially opposed the idea of replacing Columbus Day with a day recognizing indigenous people, worrying that it was a slippery slope. “What are we going to do next? Christmas is going?” he remembers thinking.


It was a six-hour horse ride—the first of Dabakis’ life—led by Native American leaders through Bears Ears that ultimately changed his mind. They witnessed vistas and artifacts and preserved dwellings. Along the way, Dabakis started to cry.


“It wasn’t the pain of the trip; it was the pain of not knowing that this astonishing beauty was in our state,” he said. As he looked at a ruin, he pictured a mother calling to her child outside, 800 years in the past, living in that space.


Carl Moore, chair of Peaceful Advocates of Native Dialogues and Organizing Support, called for prayers to touch the hearts of the leaders in the city, state and federal who might recognize and respect Native Americans.


“Our sacred has been trampled on for centuries,” he said. “I’m happy to be here standing here advocating for this switch from a day that represents a lot of evil. Bottom line, it’s evil.”


Inside City Hall, the board passed the resolution, but specified that the new holiday wouldn’t replace Columbus Day, but instead join it.


“We would like our residents and businesses to celebrate and continue to learn about the contributions of Native Americans to our society and to their history,” Councilman Stan Penfold said. “We recognize the second Monday of October is Columbus Day, a federal holiday since 1937 to honor Christopher Columbus and the contributions of Italian Americans and their history. Celebrating two holidays the same day is a way to inform each’s contribution to our national fabric without demeaning the significance of either.”


Still, its passage was met with an uproar of applause from the packed gallery and overflow room.


“The Salt Lake City Council strongly supports the proposition that Indigenous Peoples Day shall be an opportunity to celebrate the thriving cultures and values of the indigenous peoples of our region,” Councilman Charlie Luke read. “Be it further resolved that the Salt Lake City Council strongly encourages Salt Lake City public schools to teach about the culture, government and history of indigenous peoples on this day, and encourages residents, businesses, organizations and public institutions to recognize Indigenous Peoples Day.”