Movie Reviews: Only the Brave, The Snowman, Mark Felt, The Florida Project 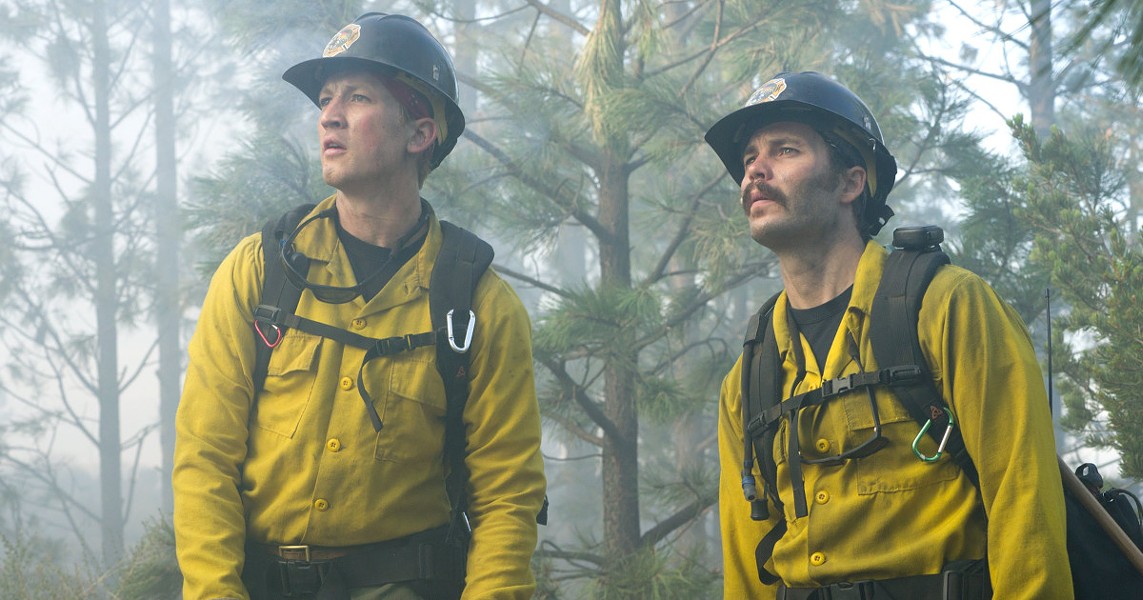 A fact-based tribute to the Granite Mountain Hotshots firefighting team plays like a war movie in the sturdy Only the Brave (pictured). The biopic Mark Felt: The Man Who Brought Down the White House relates the story of the real-life "Deep Throat" in the most mundane manner possible. A documentary about the international refugee crisis features more beautiful images than you might expect in Ai Weiwei's Human Flow.

MaryAnn Johanson can't find anything about the serial-killer thriller The Snowman that's original or interesting, except the name of protagonist detective Harry Hole. The true story of a 1950s polio victim becoming a disabled-rights activist in Breathe is more of a satisfying adventure than the romance it's structured as. The story of a pioneering scientist is reduced to insulting objectification in Marie Curie.

In this week's feature review, life on the margins of Walt Disney World becomes a compelling story of cycles of poverty in The Florida Project.

Also opening this week, but not screened for press:  technology for controlling Earth's weather goes haywire in Geostorm; Tyler Perry's matriarch Madea gets seasonally scurred again in Boo! 2: A Madea Halloween; and a wealthy art dealer has his life changed after befriending a homeless man in the true story Same Kind of Different As Me.