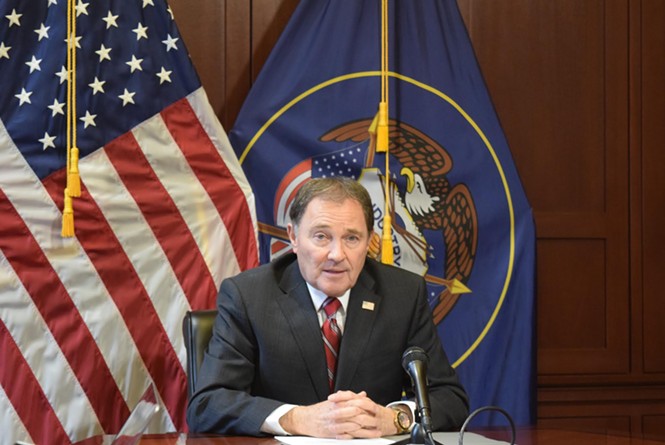 Among the stack of bills Gov. Gary Herbert signed by Friday morning, one that creates an inland port authority might have been the most contested this session.


The state is eager to establish a port authority in Salt Lake City’s northwest quadrant, where massive development and infrastructure are slated—including the relocated prison. Officials have eyed the area for an inland port, as well, and touted it as a grand economic engine.


Herbert’s office sent out a statement Friday that implied the city was in favor of the bill.


City leaders, including Biskupski, however, lobbied for the governor to veto Senate Bill 234 and urged Salt Lake City residents to do the same.


Biskupski had argued that the port authority would take away taxing and land use authority from the city. She also brought up concerns about the makeup of the board and its lack of expertise to address things like appeals.


The governor attached a signing statement, addressed to House Speaker Greg Hughes and Senate President Wayne Niederhauser, that indicated he would call a special session to smooth over some of the concerns addressed by Salt Lake City.


“In my recent meeting with both of you, we all agreed that these are legitimate concerns that we can and should address,” Herbert wrote. “They do not, however, rise to the level of a veto.”


Residents who live close to that area of the city, as well as conservationists worried about the wetlands that border the Great Salt Lake, feel that the state will disregard their voices.

Late on Friday, Biskupski sent out her own press release, saying that though she felt disappointed in the governor's decision, she appreciated  Herbert's "willingness to call a special session this spring and provide a framework to address our four main issues with the bill: making sure the land use appeals follow state law and city codes; ensuring the port authority is limited to two percent of the tax increment for furthering the objectives of the inland port; reducing the size of the area covered under the bill; and having a board that equitably represents Salt Lake City’s interests."


Biskupski also underscored that her office remains open to dialogue.

"We will continue to work in good faith with the Governor, legislators, residents, and property owners to ensure the issues of local authority are resolved,” she stated.