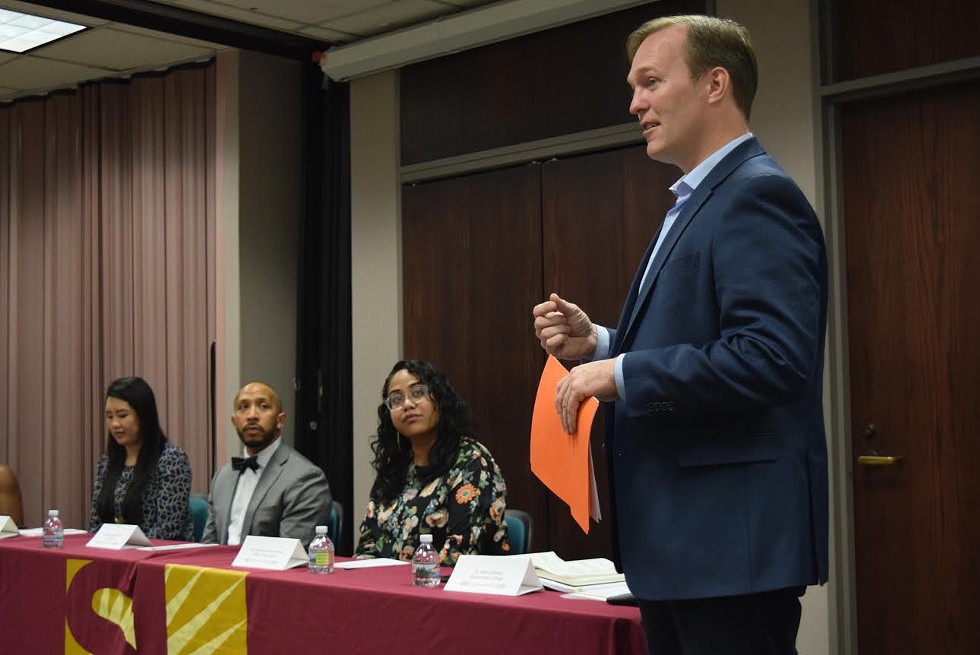 
Those words were all focused on one topic Friday: racism.


Five panelists, along with Salt Lake County Mayor Ben McAdams, led the annual Stand Against Racism panel at the Salt Lake County offices. More than 50 people packed a conference room to discuss how racism permeates today’s society, what it looks like in the Salt Lake Valley and whether it’s worse today compared to decades ago.


“You may not recognize it, but all of us from time to time treat someone differently because they’re different from us,” McAdams said ahead of the panel discussion. “We want introspection, to look inside, and say, ‘Am I discriminating against someone because they’re different from me? Should I change? Can I be better? Can I treat people with respect and dignity and can I treat them equally?’”


Doan and Uluave-Hafoka, who grew up in the Salt Lake area, said they both experienced forms of racism, intentional or not, while growing up. For example, when Doan would walk into courtrooms, people would mistake her for a translator and direct her to a side desk instead of the area for lawyers and council.


Doan also described a number of times when people would ask her where she was from and she would respond with “Salt Lake City.” But then they wanted to know where she was “really from” because of her Asian background.


“You’re not seeing me for who I am in my fullness,” Doan said. “You’re seeing me just as an Asian woman and you’re trying to figure out what kind of Asian am I to fit a mold of yours—those are the frustrating things.”


Uluave-Hafoka described various types of institutional racism she’s seen in Salt Lake City. That includes something as simple as having to get up earlier in the morning to be bused to East High School from Glendale while many who lived on the east side could simply walk to school. It wasn’t until she was in graduate school that Uluave-Hafoka saw a little more diversity.


“When I was at Harvard, a graduate student, 26 years old, I’m sitting in a graduate-level class about communities and empowerment and in walks the professor—a Ph.D. African-American woman,” Uluave-Hafoka said. “I look at her and think to myself this is the first time I’ve ever seen a person of color with a Ph.D. tenured position. I’m 26 years old and I think, ‘Maybe, I can be that.’” 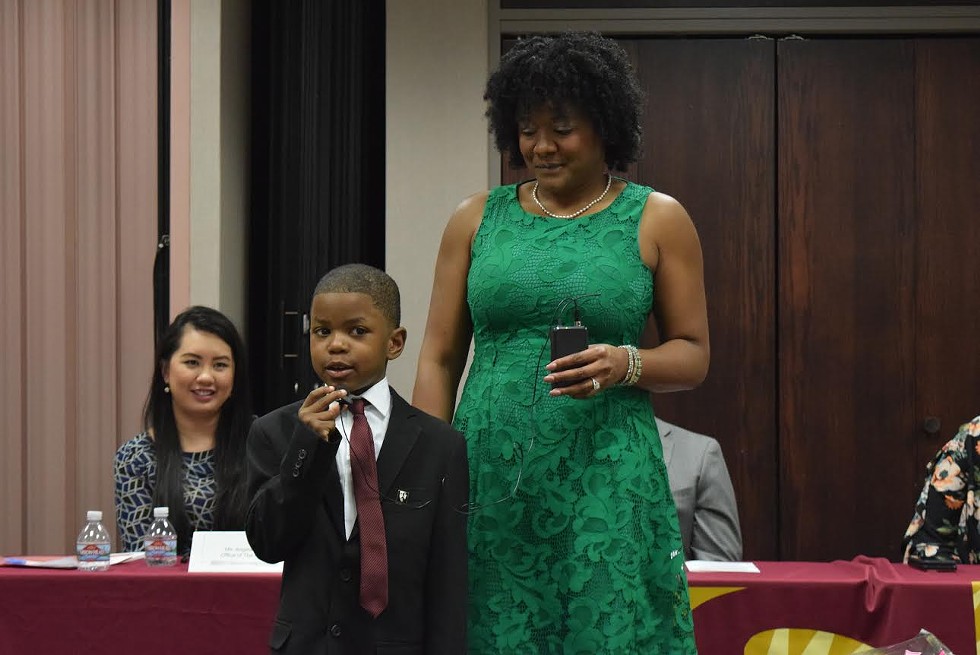 "We have too many people talking and not enough people understanding.” –Panelist James Jackson tweet this

Panelists also discussed whether they’ve seen racism get worse with the most recent presidential administration. Jackson said while racism seems to be a bit more overt under the current administration, the toughest part is still reversing thousands of years of discrimination.


“The roots are very, very deep and it’s important it’s not just us—people of color—speaking out … we need other voices to speak out to help communicate, educate and help people understand,” Jackson said. “The way to help educate people is to get people to understand first.


“There’s a difference between listening and understanding, and we have too many people talking and not enough people understanding.”


The ultimate goal, and why the panel is held every year, Emma Houston, director of Diversity and Inclusion for Salt Lake County, said, is to maintain the conversation around racism and how to improve as a community alive.


“We want a call to action, we want it to be personal,” Houston told City Weekly. “We don’t simply stand by and allow inappropriate behavior to go unchecked and it’s our responsibility to create a community that is welcoming, but it starts with us.”


The panel concluded with members of the county government reciting the Stand Against Racism pledge in Japanese, Spanish, Vietnamese and American Sign Language, to name a few.


Following the pledge, 6-year-old Taj Thompson recited an excerpt from Martin Luther King Jr.’s letters explaining to his daughter why she couldn’t go to the amusement park “Funtown.”


“Yolanda, we have a problem, some people don’t do the right things, they are misguided … even though you cannot go to Funtown, I want you to know you’re as good as anyone that goes to Funtown,” Thompson recited. “And I say to you in the not too distant future, Funtown and every other town will be open to all God’s children because we’re going to work for it.”