Standing For the Second | Buzz Blog

Standing For the Second

Some 40 students walk out of class in support of the Second Amendment. 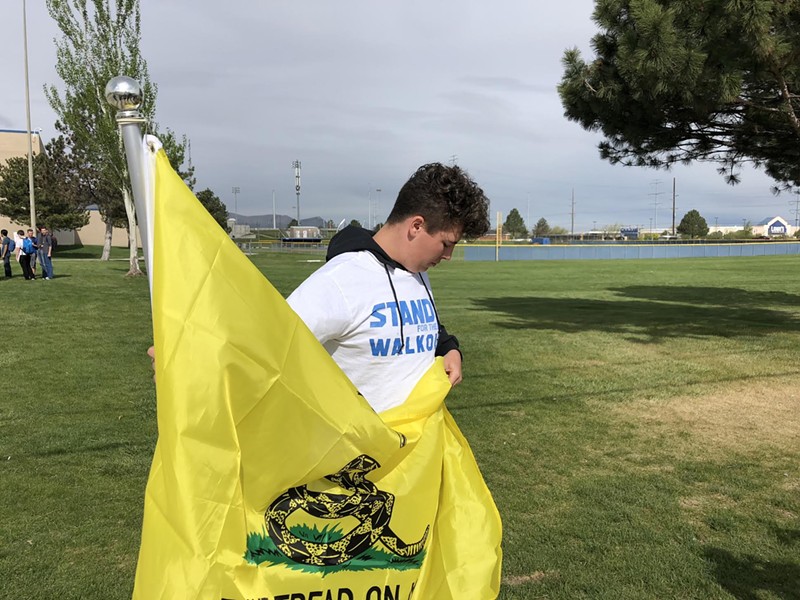 In March, Collin Thorup was one of three students who stayed in his classroom while most of his peers from West Valley City’s Hunter High School walked out to show their support for gun-control legislation. On Wednesday morning, about 40 students joined Thorup in a demonstration of their own: Standing for the Second Amendment.

“I stated my opinions a few times and got a lot of hate,” Thorup, 16, told reporters from local media in an impromptu press conference held a few feet from Hunter High’s campus. (Journalists were not allowed to enter school grounds.)


“We can speak for ourselves. There’s two sides to this,” Thorup said. 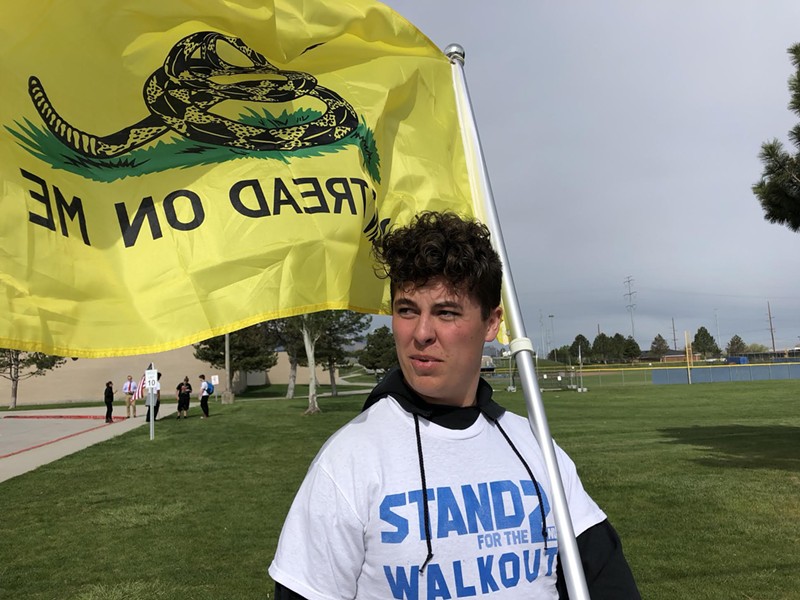 “I want to protect [the Constitution] for when I’m old enough to have guns for myself.” –High school student Collin Thorup tweet this
Thorup and and his schoolmates gathered as part of a nationwide protest started by an 18-year-old high school student in New Mexico. Dubbed “Stand for the Second,” students across the U.S.—including at least eight Utah schools, not counting Thorup’s—walked out of their classrooms at 10 a.m. for a 16-minute demonstration. The protest’s frequently asked questions page notes that demonstration length is because it’s one minute less than “the other side received.”

“Additionally, it is estimated that in the U.S. each year, 1.5 million people use a firearm to defend themselves. Break that down to 16 minutes, and you have 91 people using a gun responsibly and correctly. We want to draw attention to the people who are legally and effectively exercising their rights,” the website continues

“We’re the next generation to run our country,” Thorup told City Weekly a few days before the walk-out. “I want to protect [the Constitution] for when I’m old enough to have guns for myself.”

Powered by that momentum, Thorup said he and other Second Amendment supporters are starting “Teens for the Republic,” a group of, ideally, young students, their families and school teachers who will all go out shooting together.

Clark Aposhian, chairman of the Utah Shooting Sports Council, drove 15 minutes from his office in South Jordan to support the students. “I wanted to let them know that many adults support their cause,” he said.

Aposhian also attended a panel discussion last week where area high school students engaged with members of the public and former and current lawmakers about their demands for tighter gun-control legislation. Aposhian said he’d gone to the two recent student-organized events—one in favor of gun-control legislation, one opposed—because “students are a force.”

“We all are confused,” Aposhian said of adults’ and kids’ reactions to mass shootings, noting that the pro-gun students assembled Wednesday morning didn’t look like they were going to use their weapons to harm anyone. “I think this is going to result in more dialogue.”

Tina Thorup, Collin’s mother, came to her son’s demonstration to show her support for the “choices he’s making.”

“He’s been bullied a lot because he chose not to walk out,” Tina said, explaining that her son had been called a racist and white supremacist because he didn’t join students in walking out of class in March to call for gun reform. “Even though he is a big kid, he has a heart of gold. He wants to be everyone’s friend.”