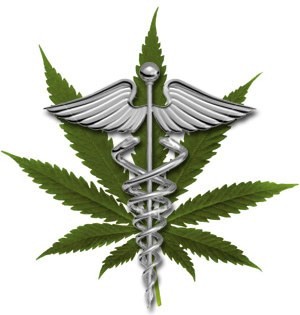 State legislators passed their “compromise” medical cannabis bill Monday, overriding the Proposition 2 ballot initiative that voters approved last month. Gov. Gary Herbert’s signature on the Republican-approved legislation effectively ended a contentious debate about the will of the people, patients’ access to medication and the influence The Jesus Christ of Latter-day Saints plays in state politics.


Below are a few reactions to the Legislature’s decisive vote:

“This is a historic day. With the passage of the Utah Medical Cannabis Act, Utah now has the best-designed medical cannabis program in the country. Working with trained medical professionals, qualified patients in Utah will be able to receive quality-controlled cannabis products from a licensed pharmacist in medical dosage form. And this will be done in a way that prevents diversion of product into a black market.


“This is an example of how collaboration makes Utah the best-managed state in the nation. Proponents and opponents came together to honor the voice of Utah voters who compassionately stood up for Utah patients. They provided for access to medical cannabis, while closing loopholes that have created significant problems in other states that have legalized medical cannabis.


“I applaud Speaker Greg Hughes and Senator Evan Vickers for their leadership and sponsorship of this bill. I am also grateful to Connor Boyack from Libertas Institute, DJ Schanz from the Utah Patients Coalition, Michelle McComber from Utah Medical Association and the many other voices from across the state who came together to pass this legislation.


“My administration is committed to full implementation of this act as quickly as feasible.”

“Since late August, the hundreds of hours in countless meetings, formal and informal, have culminated into an unprecedented broad based collective agreement to ensure patient access to medical cannabis … This is the kind of difficult but extraordinary work that all public servants should be committed to. This honors the will of the people while making Utah’s medical cannabis program structurally and politically stronger.”

“Sutherland Institute commends the House and Senate for enacting the Utah Medical Cannabis Act—and expresses gratitude to the negotiators from both sides of this issue who have earnestly striven to develop the compromise.


“The medical cannabis bill assures availability and limits potential harm to others, including and especially children and non-users. The compromise achieves this balance by means of a regulatory framework that includes control mechanisms, reporting requirements and limited distribution points managed by pharmacists.


“Further, as the Legislature continues careful monitoring of these important matters, we recommend that they authorize a study, over an extended period, of the effects of long-term use of medical cannabis on those to whom it is prescribed—especially children and minors.”

“Contrary to critics' assertions, House Bill 3001 is a workable solution to provide reliable access for patients in Utah seeking medical cannabis. For years, we have been seeking a balance between political concessions and pushing the needle as far in favor of medical freedom as we could. This negotiated result is a decent balance to get the program underway.


“With this result, a major gutting of Prop 2 has been prevented, unlike what we have seen in the past and may see in the future on other issues.


“Libertas Institute helped begin the medical cannabis reform effort in Utah five years ago. Since that time, we have remained deeply involved. In HB 3001 there are some ways Proposition 2 has been weakened. But there are also many improvements to Proposition 2. In the end, it's a tremendous achievement that our major opponents support this broad access program for patients in need.


“We appreciate the eagerness of Speaker Hughes to facilitate the drafting of HB 3001 and being its chief sponsor. We appreciate Sen. Vickers for his involvement in drafting discussions and for sponsoring the bill in the Senate. Finally, we appreciate the governor’s agreement to call a special session and enact the final result into law.


“Most importantly, we have deep gratitude for patients who have openly shared their stories for years, advocates who tirelessly worked to get the issue presented to voters, and to the majority of Utah's voters who supported Prop 2.


“HB 3001 was not a compromise per se, but an agreement on how a medical cannabis program that the people have asked for would be implemented. We will remain engaged for years to come on this issue, ensuring that patients are not treated as criminals.”

“This bill is undoubtedly inferior to the law enacted by voters in November. However, Proposition 2 would very likely have been defeated without the compromise deal, which prevented an onslaught of opposition spending. Advocates made the responsible decision to negotiate with opponents and ensure that patients were not left without any access to medical cannabis.


“While this legislation is not ideal, it is a major step forward for Utah and it will help patients and families across the state. This law will enable patients to safely and legally access the medical cannabis treatments they need, and it can be improved upon in future legislative sessions. It’s now time to move forward, and we call on the state government to implement this new policy without delay.”


Erik Altieri, executive director for the National Organization for the Reform of Marijuana Laws

“Lawmakers should have respected the will of the voters and should have moved expeditiously to honor the spirit of the law — not undermine it … Patients deserve the right to cultivate their own medicine, doctors should be empowered to decide what is best for their patients, and there should be no undue hurdles to licensing an adequate number of dispensaries to provide cannabis related products in a retail environment.”

“Utah Constitution gives The People the right to go around a smug Legislature & put Propositions on the ballot. Prop 2 passed, but within days, Legislature repealed the will of the votes and put in the lobbyists nasty, restrictive replacement bill #utpol #afraidofvoters.”

“Dispensaries reduced from 40-7? Leaving out diseases that it can improve? This is taking away the people’s voice. Thank you (almost all) Ds for doing the right thing.”