Awards-season “category fraud” is an industry habit that everyone plays along with. But why? 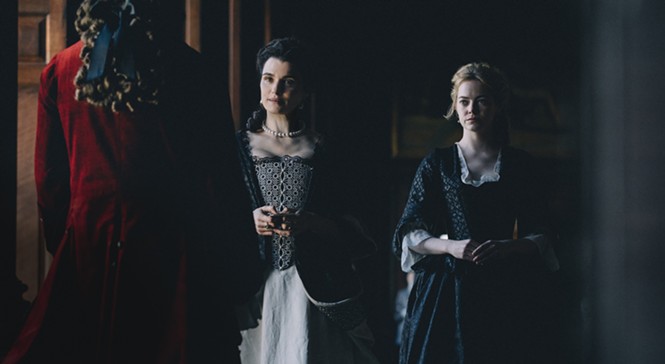 On Tuesday, Jan. 22, the Academy of Motion Picture Arts and Sciences will announce its nominees in all categories, including the Supporting Acting categories. The thing about those particular categories is that a whole bunch of the actors won’t be supporting.

It’s one of the long-standing, inside-baseball traditions of the movie awards season that studios get to decide which performances to promote, and which category to promote them in. Awards voters—in regional critics’ organizations and industry groups—generally receive DVD awards screeners and other promotional materials, making it clear which members of a movie’s cast should be considered lead actors, and which should be considered supporting. The only problem with that practice is that many of those determinations are completely full of shit.

Let’s take 2018 as just one example. The Oscar hopeful The Favorite tells the story of three women—Queen Anne (Oliva Colman), the queen’s confidant Sarah (Rachel Weisz) and the Queen’s new attendant Abigail—competing for power in a more or less equilateral triangle. The film’s distributor Fox Searchlight, however, made it clear that Colman should be considered as the film’s Lead Actress, with Weisz and Stone as Supporting Actresses. And this classification is blatantly preposterous. While a weak but at least remotely plausible argument could be made that all three are not co-leads, the story is at its core about Abigail’s quest to recover the social standing lost by her debt-ridden father. Stone is The Favorite’s principle lead character, because the story is primarily about Abigail, and her arc. If that’s not what the “Lead Actress” category means, it doesn’t mean anything.

For an even more ridiculous example, consider the drama Leave No Trace. Screeners for the Bleecker Street Films release—about a teenager named Tom (Thomasin McKenzie) raised by her father (Ben Foster) in an off-the-grid, scavenging existence in the Oregon woods—placed Foster in the Lead Actor category. The 18-year-old McKenzie, however, was designated as a Supporting Actress—this despite the fact that Tom is at the center of nearly every scene in Leave No Trace, and the arc of her character is the clear center of the story.

It’s no secret why studios make such calculated, but reality-averse, decisions about categorizing roles. Often, it’s simply because a young actor like McKenzie might be deemed not-ready-for-prime-time enough to get a Lead Actress nomination, but could sneak in as a Supporting Actress. Sometimes it’s to avoid competition between actors in the same movie for the same category despite the roles’ more-or-less equal status (see The Favourite, but also this year’s Green Book, with Viggo Mortensen and Mahershala Ali on their road trip together but Mortensen alone getting the lead nod). There are industry-political and economic reasons to try to get Oscar nominations by whatever means necessary, and if that means pretending that the main character in your movie isn’t actually the main character in your movie, well then, so be it.

And why wouldn’t they do it, since everyone plays along? The Golden Globes, Screen Actors Guild Awards and Broadcast Film Critics Association nominations for 2018 all honored Stone, Weisz and Ali in the Supporting categories, providing a glimpse at what the Oscars are likely to do. Some regional critics’ groups have wisely placed The Favourite’s actors in categories where they actually belong, but for the most part, those who honor the best in movies continue to let the studios call the category shots.

It’s fair enough to ask why it’s worth getting worked up over a studio’s behind-the-scenes machinations to secure awards nominations. It’s also fair to ask why voters can’t laugh in the studios’ faces at these strategic category frauds, except that generally they want to maintain their access to the privileges of being voters, like those aforementioned "for your consideration" screeners.

But there’s a reason to care about having supporting acting categories crowded with mislabeled lead roles. The idea of a supporting role should mean something, because it’s distinct from what an actor has to work with in a juicy part with a fully-formed emotional arc. This is where you have the chance to recognize an actor with the ability to take over a movie in just a single scene, as Philip Ettinger did playing a man haunted by the planet’s doomed future in First Reformed. You could honor someone who brings a specific kind of character to vital, scary life, as Ashlie Atkinson did in BlacKkKlansman playing a joyfully racist wife supporting her Klansman husband’s dreams. Playing a supporting role is a different kind of work than playing a lead role, but it’s a kind of work that should be recognized on its own merits—as a way to draw attention to the times when you’re watching a movie, and suddenly find yourself thinking, “Wow, who the hell was that?”

There’s no reason to believe that studios will ever change their attempts to get their movies as many nominations as possible. If you love the art of film performance, however, you should embrace the idea of honoring actors for what they’re actually doing: Either they’re in a story that’s on some basic level about their journey, or they’re not. If they are, they should be given every chance to be honored for what they’re being asked to convey. And if they’re not, the same rules should apply.