A Second Coming … of Controversy 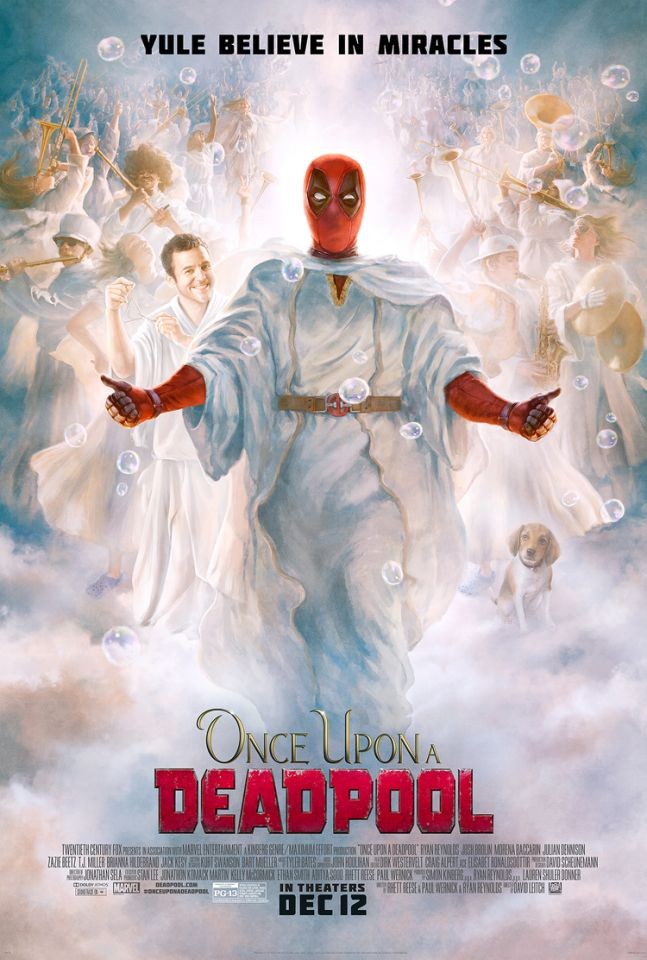 Lee Siegel didn’t much care for Deadpool 2, but that hasn’t stopped him from backing the superhero series’ new poster, a satirical take on The Church of Jesus Christ of Latter-day Saints’ “Second Coming” image.

The retired Salt Lake Tribune reporter read in his old paper about an online petition that accused the Deadpool crew of religious discrimination. “This story pissed me off just enough to do something about it,” Siegel tells City Weekly, so he started a counter-petition to “Support the Deadpool poster for mocking the Mormon church.”


Once Upon a Deadpool, the film on which the poster is based, is a limited release, PG-13 version of the expletive-laden and R-rated Deadpool 2. The semi-new movie—a “second coming” of the hit sequel—will hit theaters from Dec. 12-24. Some of the proceeds of the more kid-friendly film will be donated to the “Fuck Cancer” campaign.


As of Monday afternoon, just 10 people have signed Siegel’s petition, which concedes the sign, “may damn well be offensive to some Mormons, but they completely deserve it for letting their church and its state of Utah lackeys try to impose their puritanical religious beliefs about booze and movies on everyone else via state law and jackbooted Mormon police state thugs—in complete violation of the First Amendment rights of people in Utah.”

“I just love the idea that these guys are lampooning the very forces that tried to censor their movie in Utah.” —Counter-petition organizer Lee Siegel tweet this

Siegel says the film’s backstory is crucial—this isn’t the first time Deadpool has drawn the ire of the Mormon faithful. In 2016, the state’s Department of Alcoholic Beverage Control threatened to fine Brewvies Cinema Pub $25,000 and temporarily rescind its liquor license because it sold booze while screening the series’ first iteration, a movie that shows nudity and a sex scene. Last September, a federal judge ordered Utah to pay almost $500,000 in legal fees after siding with Brewvies and the First Amendment.


“I don’t know anybody involved with the Deadpool films, but their promotional poster for the new film sure as hell seems like payback for the attempt by Utah’s Mormon-dominated state government to shut down Brewvies for showing the original Deadpool movie,” Siegel says. “I just love the idea that these guys are lampooning the very forces that tried to censor their movie in Utah.”


Mimicking Deadpool’s “lighten up and take a damn joke” ethos, Siegel has a suggestion for the Beehive State, its religious overlords and the people offended by the promotional poster: “Utah’s church-run state needs to start respecting the civil rights of non-Mormons in Utah.”