Welcome to Marwen, Ben Is Back, At Eternity's Gate, Mary Queen of Scots 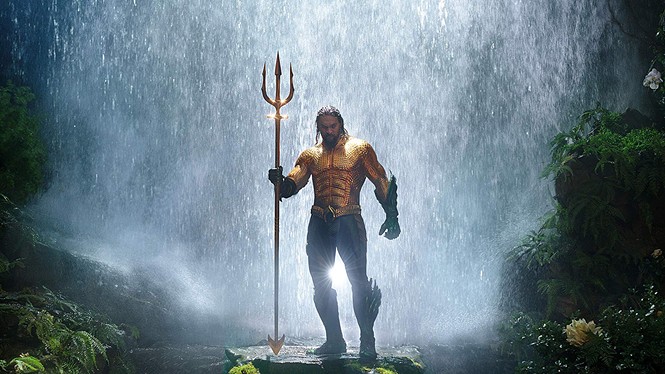 The jam-packed Christmas week features new releases aimed at action fans, kids and those trying to do their pre-Oscars homework.

Aquaman (pictured) can't find a way for its hero to make sense, under the sea or above it. The domestic drama Ben Is Back soars when it focuses on Julia Roberts' ferocious performance as the mother of an addict. Vice (opening Christmas Day) is full of impersonations and a smug approach to blaming Dick Cheney for every evil of the 21st century.  Robert Zemeckis' Welcome to Marwen sacrifices the psychological complexity of its true-story roots to experiment in a CGI playground.

Eric D. Snider laments the dull wandering through the final years of Vincent van Gogh in At Eternity's Gate.

In this weeks' feature review, the synthetic, copycat rhythms of Mary Poppins Returns make it feel like a spoonful of Splenda.

Also opening this week, but not reviewed: Will Ferrell and John C. Reilly offer a comedic take on Holmes & Watson; and working-class woman Jennifer Lopez tries to move on up with the help of a doctored resume in Second Act.