The latest on legislators’ efforts to overwrite full Medicaid expansion in Utah. 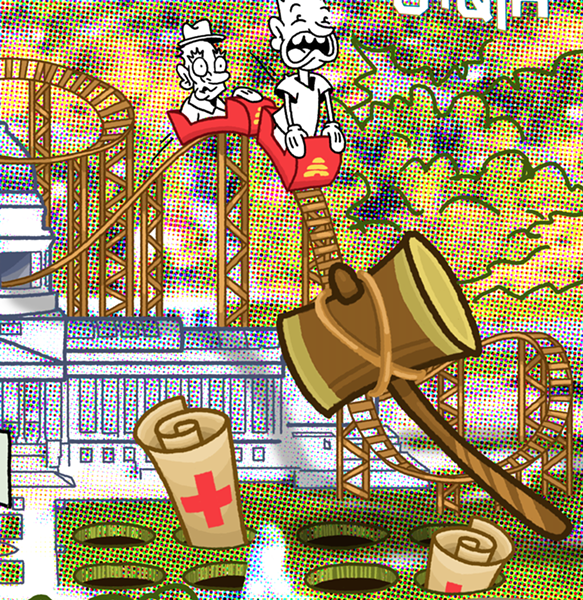 Even an onslaught of snow couldn’t stop state lawmakers from moving a bill forward Wednesday afternoon that would replace yet another ballot initiative that voters passed last year. Lawmakers in the House Business and Labor Committee gave their approval to the Medicaid expansion rewrite bill, sending it to the House floor two days after it passed the Senate.


But Republicans shouldn’t sit on their laurels: three members of their own party—including the House sponsor, Rep. Jim Dunnigan, R-Taylorsville—voted against Senate Bill 96, potentially an ominous sign if the supermajority is hoping to pass the bill out of the House with a two-thirds, veto-proof majority.


“Is there some risk involved with this? Yes,” Sen. Allen Christensen, R-North Ogden, said of SB 96, which he sponsored. “It’s the best shot that we have. This bill, the waivers we’re requesting, are the very best that we can come up with.”


Wednesday’s committee hearing was the latest twist in the Proposition 3 saga since the legislative session started on Jan. 28. Last week, Gov. Gary Herbert, who has long tsk tsk’d the full expansion of Medicaid, said in his State of the State speech that the voter-approved expansion would need to be “implemented in a fiscally sustainable way.”


In the hearing, Christensen defended his bill, which would override the ballot initiative that 53 percent of voters OK’d last November. Christensen said his office has gotten a lot of “very rude and very crude” messages from angry Utahns, but his bill would, in fact, expand Medicaid. “It gives Medicaid and preserves Medicaid care, truly, for the most vulnerable populations,” he said.


“I have been opposed to Medicaid expansion for a number of years,” Christensen continued. “I am philosophically opposed to extending more government control over more lives.”


Were Prop 3 to go into effect without a legislative check, Christensen said the state would be short $10 million in funds by the second year of expansion, and $100 million by year four. “We’ve got to make this reasonable and sustainable,” he said. “We’re going to expand it, we’re going to do it. We have to do it reasonably.”


The state senator defended the work requirements that SB 96 would impose by arguing that they are the same as those required of people who use food stamps. “It’s next to nothing. Once a month you have to think about going to work,” Christensen said. “We can’t pay for everything for everyone.”


Many members of the public braved a storm of the “Greatest Snow on Earth” to make their voice heard on SB 96. Concerns abound on the cost and what full expansion would do to the federal deficit. One speaker, Megan Miller, said she thought some people could “pull themselves up by their bootstraps” and raise the $22 a month that Christensen said some people with low incomes can spend to get subsidized health coverage. “I don’t see why a hardworking family should have a problem coming up with that kind of income,” Miller said.


George Chapman, another speaker, told lawmakers they shouldn’t pass Christensen’s bill because it would be more expensive than full Medicaid expansion, a notion supported, at least initially, by a legislative analysis. “The cost will increase, and that’s a problem for our budget. It’s a problem for our taxpayers,” Chapman said, explaining that Christensen’s bill “takes us down the toilet, and it should come with a roll of toilet paper.”


Other anti-SB 96 speakers told lawmakers that people struggling with addiction need access to medical support services, and that Christensen’s bill will likely face legal challenges if the governor signs it into law.


For SB 96 to be implemented, the Centers for Medicare and Medicaid services would need to grant Utah several waivers approving the work requirements and the federal government’s share of the cost for expanding Medicaid. Utah has previously tried to get waivers from the feds for its own partial expansion, to no avail. Nate Checketts, from the Utah Department of health, said seven of the 15 states that have applied for work requirement have been granted waivers—eight applications, including Utah’s, are pending. Checketts also said the feds have been in contact with the state’s Health Department, and have indicated “they would be willing to approve” a waiver changing the cost-split of expansion.


“If the waivers don’t go through, the benefits will stop when we just run out of money,” Christensen said.


Rep. Brian King, D-Salt Lake City, questioned whether SB 96 was fiscally responsible and expressed doubt about CMS granting Utah the waivers it needs to expand Medicaid, per SB 96. “Whose welfare are we willing to gamble with?” King asked, explaining that people who have access to medical care can go back to work once they’re healthy. “We can have them being tax-paying citizens again,” King said.


Just before the committee voted 9-6 in favor of approving the bill, Christensen outlined some of the “gifts” in SB 96, like housing supports and continuous 12-month eligibility. “There are some great things in here,” he said. “We will still be cursed, I guarantee, for changing Prop 3 at all, but we’ve outlined to you the reasons why it had to be changed, and this one changes it fiscally responsible. I think after we weigh all the factors and get it in hindsight, in that rear view mirror, you’re going to see that we made excellent choices.”