Bill that would hamper advocacy for federal land-use designations doesn’t get the go-ahead. Yet. 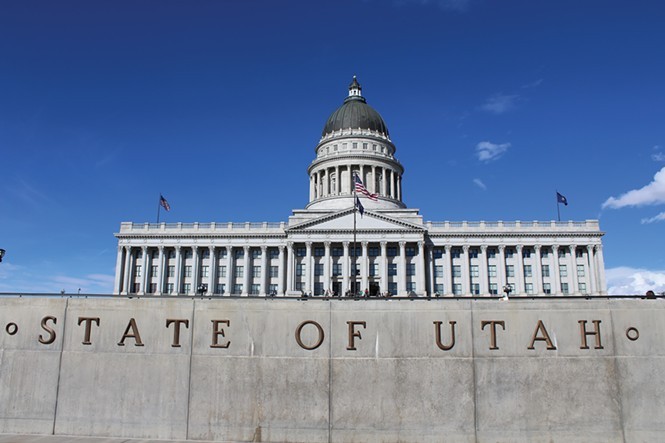 
The bill, which received its first general session hearing Wednesday, would prohibit a “political subdivision”—a county, city, commission or government nonprofit group, for example—from officially supporting a proposed federal land-use designation like a national recreation area or monument unless it was supported by the Legislature and governor through a concurrent resolution.


After hearing comments, the committee elected to hold on to the bill, sponsored by Rep. Carl Albrecht, R-Richfield, while it looks over a substitute version.


Darin Bushman, a county commissioner from Piute County, told the committee he’d prefer to keep the process for these designations in-state as much as possible, because “once we move that out of the state of Utah or out of the county and turn it over to Congress, we might be asking for something to be blue and it might come back pink.”


Bushman and other commissioners voiced displeasure in what they said was a lack of input into federal land-use designations, such as the recent Emery County Public Lands Act, which would protect hundreds of thousands of acres in the region.


“As we look at special designations ... when a group or minority group of people decide they’re going to go out and create a special federal designation, a number of things happen,” Bushman said. “One is right now, they can do that without respect to their neighbors, so then we end up with view sheds, buffer zones, we end up with other things that might affect the neighboring county.”


Wayne County Commissioner Stanley Wood said he didn’t hear anything from Emery County about the land-use designation proposal until the commission contacted its congressional delegation. He went on to explain that certain land-use designations will dictate how the county can use the land.


Even anti-public land stalwart Rep. Phil Lyman, R-Blanding, chimed in, first reciting a quote from Alexander Hamilton on being wary of “encroachment from the federal government.”


“I feel your pain, I’ve been there,” Lyman told the commissioners. “I’ve seen it and I don’t think the Legislature can turn a blind eye when commissioners are asking us to step in and protect their livelihoods.”


Lyman was convicted of a federal misdemeanor for leading an ATV ride through Recapture Canyon in 2014 after the feds closed the road for archaeological reasons. Lyman spent 10 days in jail, and his probation period ended in December, one month before he took office.


The Deseret News reported in January that the bill appeared to be aimed at the Central Wasatch Commission, which has been lobbying Utah’s congressional delegation to carry a bill that would create an 80,000-acre conservation and recreation area.


Representatives from Save Our Canyons and the Utah Chapter of the Sierra Club fear the bill punishes the wrong people and is too prohibitive.


“I understand the Legislature might not agree with the idea of wilderness or conservation areas or natural recreation areas, but a lot of communities do, and they see them as important tools for not only securing and protecting their natural resources, but for protecting opportunities for a burgeoning population,” Save Our Canyons Executive Director Carl Fisher said.


He also warned the committee that the bill “seems very heavy-handed, almost to the point of creating a nanny state for these federal designations.”


Ashley Soltysiak, director of Utah’s Sierra Club, said she doesn’t believe the bill moves the federal lands management debate “forward or in a way that is equitable.”


“Our first concern is in regard to the inherent bias of the bill against any advocacy for congressional land-use designation,” Soltysiak said. “Whether or not you agree with a particular designation, those advocating for or against should be subject to the same reporting requirements. That’s not the case here. This intentionally favors those who advocate against these designations while it hampers the advocacy of those who lobby on their behalf.”


It’s not yet clear when the bill will be resurfaced by the committee.