by Scott Renshaw and David Riedel

Amazing Grace ****
It’s too bad Amazing Grace, the documentary of the recording of Aretha Franklin’s landmark 1972 gospel album of the same name, wasn’t available when I was young. I could have stuck it in the VCR, watched the Lord’s work and been redeemed. And Amazing Grace looks like work: multiple takes of different tracks, stops and starts, sweat mopped from fiery brows, the audience moved to its feet time and time again. In the end, it shows the commitment one must make to reach a state of joy—and the music captured here (and on the record, of course) is pure joy. Throughout the film, Franklin exudes professionalism and concentration; the work of singing His praises is serious business, even if it sounds like a lot of fun. The haphazard camera work becomes part of the film’s charm (read stories about the technical difficulties producer Alan Elliott encountered finishing this movie; it’s amazing original director Sidney Pollack made such amateur mistakes), and each time the camera lingers on Franklin, you’ll get that much closer to whatever your personal version of the divine is. She was truly one of a kind. Opens April 19 at Broadway Centre Cinemas. (G)—David Riedel

The Curse of La Llorona **1/2
Horror filmmaking can be so sloppy and dependent on genre tropes that it’s tempting to mistake simple competence for real quality. This vaguely-tangential-to-the-Conjuring-universe entry is set in 1973 Los Angeles, where widowed social worker Anna (Linda Cardellini) discovers that a centuries-old homicidal spirit—manifesting as a veiled woman in desperate need of exfoliating—has attached itself to her two children. For a moment or so, there’s a suggestion that the screenplay will develop a metaphor for the pressure on single mothers after an emotional trauma, but it’s discarded too quickly to amount to anything, leaving fairly empty characterizations. Fortunately, first-time feature director Michael Chaves handles his creepy set pieces with uncommon patience and confidence; he’s got a great sense for drawing out audience tension past the point where you’d typically expect the jump-scare. The third act turns into one extended supernatural siege, with a spiritual healer (Raymond Cruz) trying to protect Anna’s family, and your mileage may vary as far as whether you should expect more from horror than delivering a solid dose of booga-booga. (R)—Scott Renshaw 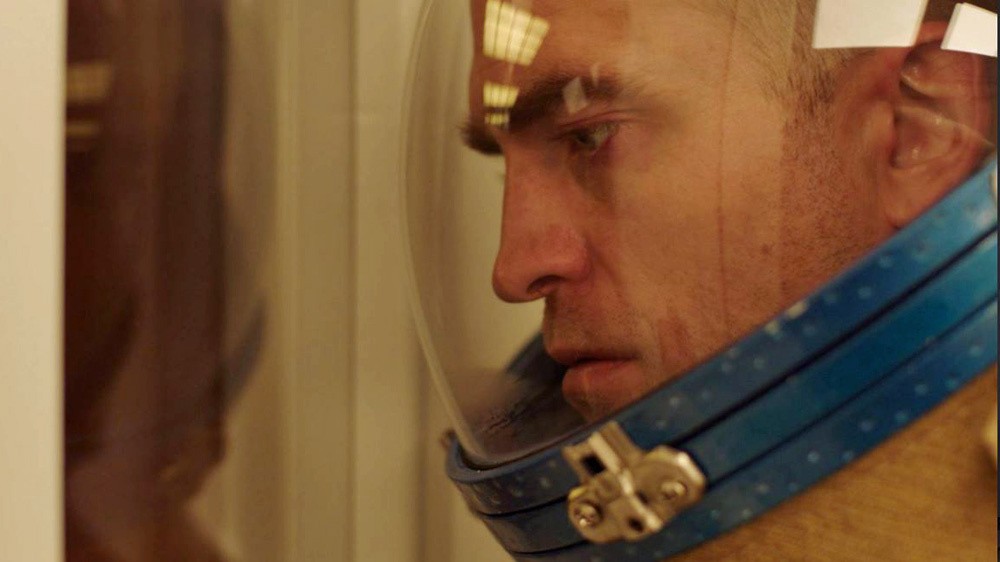 When Claire Denis (Trouble Every Day) decides to do genre fare, she doesn’t mess around—and it usually involves not-entirely-healthy sexuality. At the outset of this strange science-fiction odyssey, we see Monte (Robert Pattinson), apparently living alone on a deep-space vessel with his infant daughter, Willow. The narrative eventually flashes back to explore how Monte ended up there, as well as what became of other passengers played by Juliette Binoche, André Benjamin, Mia Goth and others. Suffice it to say that it’s a story of damaged people in close quarters, with a mix of sometimes-brutal violence and a frank look at the kind of thing that might be employed during interstellar travel for, um, personal release. There’s something missing in the characterizations during those flashback sequences, making it hard to grasp the human element in these trapped people, though Binoche certainly tries to pack a whole lot of crazy into relatively little time. Yet there’s still a surprising redemption angle when the focus is on Monte’s interaction with Willow, as a hard man finds something worth living—or at least staying alive—for. Opens April 19 at theaters valleywide. (R)—Scott Renshaw

Little Woods ***1/2
We’ve seen this story before: Two siblings, both fuck-ups to some degree (one by nature, one by circumstance), dealing with familial situations beyond their control. But this one has several things going for it that make it feel fresh despite using well-worn tropes. First, the siblings, Ollie and Deb, are played Tessa Thompson and Lily James. Thompson is excellent in the lead, her Ollie a mix of cynicism and hope that’s neither showy nor subdued. And James, playing against type—you may remember her as Cinderella—is sharp as the even more screwed-up sister who constantly makes bad choices. Second, writer/director Nia DaCosta has written a script that neither exalts nor vilifies its heroines; they just have to do what they have to do to survive. Finally, the leads are women. How many times have we focused on brothers (On the Waterfront, King of Marvin Gardens, recently Out of the Furnace)? It’s refreshing to see this story with female leads and a female filmmaker. We need more of that. DaCosta also has chosen a great soundtrack, and Brian McOmber provides a first-rate score. Opens April 19 at Tower Theatre. (R)—DR

Penguins ***
DisneyNature features have figured out a formula—and the variations on their effectiveness is all about the execution of that formula. This one follows Adélie penguins of Antarctica—specifically, a protagonist called Steve—through one year of their life cycle of migration to their coastal mating grounds, raising chicks, and heading back out to sea for the winter. Ed Helms offers a combination of narration and Steve’s internal monologue, and manages to strike a nice balance of warmth and low-key humor to carry through the typically impressive up-close footage (as always, stick around during the credits to see how directors Alastair Fothergill and Jeff Wilson get those shots). And while some of the humor is as broad and clunky as the choice of music cues—e.g. REO Speedwagon’s “Can’t Fight This Feeling” for breeding season—the storytelling is effectively simplified in a way that gets young viewers invested. It’s cute, it’s educational and it only occasionally makes you wish it would talk to you like a grown-up. Opens April 17 at theaters valleywide. (G)—SR

Stuck **
A “why can’t we all just get along” narrative is going to be tough sledding in 2019, and a lot of good intentions can’t quite get past over-simplified conflicts and resolutions. Writer/director Michael Berry adapts Riley Thomas’ musical play, set in a New York City subway where six passengers are stuck together during an extended delay. They are, not surprisingly, demographically diverse—blue-collar Latino Ramón (Omar Chaparro), homeless philosopher Lloyd (Giancarlo Esposito), white lady Sue (Amy Madigan), Asian-American dancer Alicia (Arden Cho), African-American Eve (Ashanti) and white guy Caleb (Gerard Canonico)—and also not surprisingly, they all begin by making stereotypical assumptions about one another in the most confrontational possible terms. But while there are a few decent songs in which they open up about the realities of their lives, and sincere-enough attempts at bridging divides, the societal microcosm just feels like forced platitudes. And that’s not even taking into account the creepier parts of the interactions between Caleb and Alicia. Musicals can allow for a heightened reality, but this one stumbles by thinking a soaring anthem can elevate tin-eared optimism. Opens April 19 at Megaplex Gateway. (PG-13)—SR

Or, The Karaoke Kid. On the Isle of Wight, 17-year-old farm girl Violet (Elle Fanning) dreams of participating in the U.K.’s nationwide Teen Spirit TV talent show despite the discouragement of her religious mother; she finds an unlikely coach and supporter in Vlad (Zlatko Buric), a hard-drinking one-time Croatian opera star. What follows is less indebted to other aim-for-fame dramas than to the Daniel-san/Mr. Miyagi dynamic, complete with a student in need of a surrogate father, and a teacher with a complicated past. The problem is that actor Max Minghella—making his feature writing-directing debut—doesn’t devote enough time to fleshing out that connection, such that the inevitable tensions between Violet and Vlad don’t have the emotional resonance that they should. Minghella shows a sharp eye as a director—giving a fantastical vintage-music-video quality to Violet’s performances, emphasizing how unreal the prospect of celebrity feels to her—and Fanning is typically terrific emerging from Violet’s shell of low expectations. There’s just more of an idea of a relationship at the core of this story than an actual relationship, so that the climactic competition doesn’t deliver a big crane kick. Opens April 19 at Broadway Centre Cinemas. (PG-13)—SR