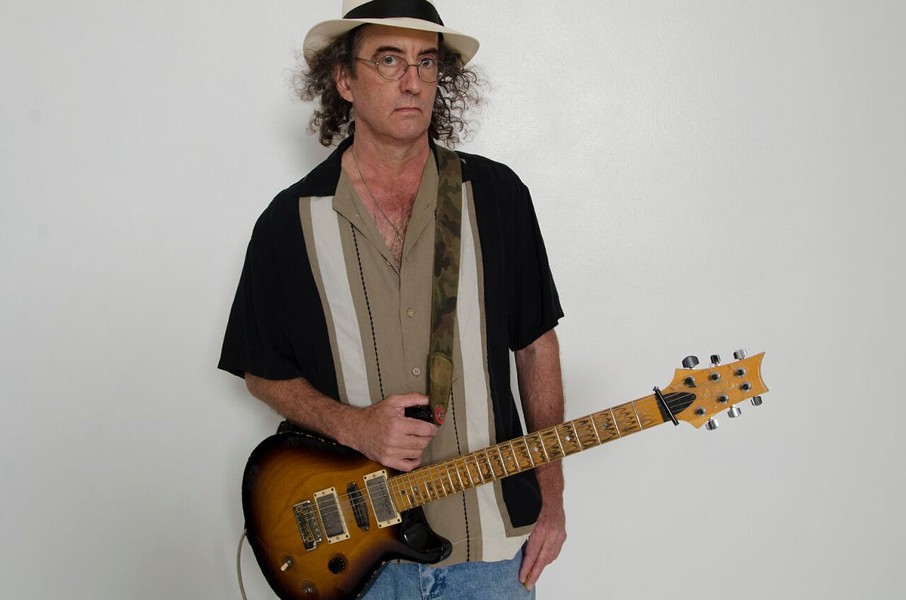 THURSDAY 8/15
James  McMurtry
James McMurtry’s life and career have been long, interesting and storied. The folk musician, who deals in storytelling and satire often, has been active since the ‘80s, when he was a student in Tucson, Ariz., playing bars, coffee shops and open mics. After meeting John Mellancamp through his famous father, Lonesome Dove author Larry McMurtry, he released his debut album, Too Long in the Wasteland—a title perhaps inspired by the hard time he spent trying to be a student in Tucson, a desert city that’s a wasteland if there ever was one. Since then he’s released multiple other albums, with songs enjoying steady spots on Americana charts throughout the years. 2019 finds him switching to New West Records to release a new album in the fall of this year. Much-anticipated by his fans, it marks his first album since 2015, and since his 2017 single “State of the Union,” which accurately captures the anxiety and fear that surrounded that first year of perhaps the worst presidency Americans have had to endure. The song narrates the tensions within a family with a fascist brother, a Christ-loving and gun-owning sister, and the narrator’s “snowflake” self. The observational vision he demonstrates in his songs and his understanding of human nature makes him both compelling to listen to, as well as like someone you could sit down and just talk to. Of that single, and the world it still represents two years later, he told Glide Magazine, “Everybody wants to feel a part of something. They are in a group thing. They don’t want to think individually. It’s easy to make money off of that. It’s not just American, it’s human. It’s always been like that.” We’ll see if McMurtry has any fresh views on our crazy new world at his Salt Lake City stop on his State of the Union tour. (Erin Moore) The Commonwealth Room, 195 W. 2100 South, 7 p.m., $27, 21+, thestateroompresents.com

Gone West
More than a decade ago, Colbie Caillat hit the international music scene with her first album Coco. Who doesn’t remember Caillat’s early 2007 hit “Bubbly,” which put her on the map as a rising folk-pop artist? The following year, Caillat joined forces with Jason Mraz to produce the hit song “Lucky,” the first and only of Callait’s songs to reach the top 10 on Billboard’s Top 100. Twelve years and six studio albums later, Caillat is on to a new stage in her life, shifting from a solo musical career in folk-pop to country music as a member of the newly-formed group Gone West. Callait teamed up with her long time friend and co-artist Jason Reeves, with whom she collaborated with for her first solo album. Caillat and Reeves perform in the group with fellow band members Justin Young (Caillat’s fiance) and Nelly Joy (Reeve’s wife). Young is a contemporary Hawaiian musician and Joy is previously from the band Jane Dear Girls. Even with Caillat being a star on her own and having collaborated with many major names in the business over the years, Gone West is not her band; rather, Caillat is a contributing member of the quartet that features a blend of musical backgrounds and talents. “The cool part is that everybody sings lead and we all get a chance to shine,” Callait told the Boston Herald. Gone West takes specific pride in their blended sound of contemporary country music and a unique four-part harmony, audibly reminiscent of groups like Dixie Chicks and The Band Perry. Formed at the start of this year, Gone West released their first EP in January,Tides, and the single “What Could’ve Been.” Caillat, Young, Reeves and Joy bring their CMT-nominated, multi-platinum and Grammy Award-winning talents to Park City, where they’ll be playing songs written and recorded in their current home base of Nashville. (Erik Hight) Eccles Center, 1750 Kearns Blvd, Park City, 7:30 P.M., all ages, tickets.parkcity.institute

Red Butte Garden Amphitheatre's 2019 season has been nothing short of classic, and few appearances will be more classic than the B-52’s celebrating the band's 40th anniversary. Although their influence on the musical culture of the late ‘70s to ‘80s extends beyond my time, I know their genre well from growing up in a home whose choice of music was always stuck 20 years in the past. As if their 1989 hit “Love Shack” wasn’t enough to enrapture the culture of that moment, their bouffant hairdos straight out of the ‘60s certainly exemplify what the B-52’s were all about. More than a catchy-song-creating band from Athens, Ga., the B-52’s rock their own unique stage presence with exaggerated wigs, campy clothing, go-go boots and walkie-talkies. Despite four decades having passed since their debut in Athens, the B-52’s are still stuck together. Even without the presence of the late Ricky Wilson, who died while the band was in their prime, as well as departed member Keith Strickland, original members Fred Schneider, Kate Pierson and Cindy Wilson are still touring. “We also have our own projects, so we don’t get bored doing The B-52’s,” said Schneider when speaking to 48 Hills. As if one ‘80s stalwart isn’t enough for a nostalgic night of music, Orchestral Manoeuvres in the Dark (also known as OMD) and Berlin open to create one hell of a synth-pop throwback. (EH) Red Butte Garden Amphitheatre, 2155 Red Butte Canyon, 6:30 p.m., sold out at press time, all ages, redbuttegarden.org/concerts