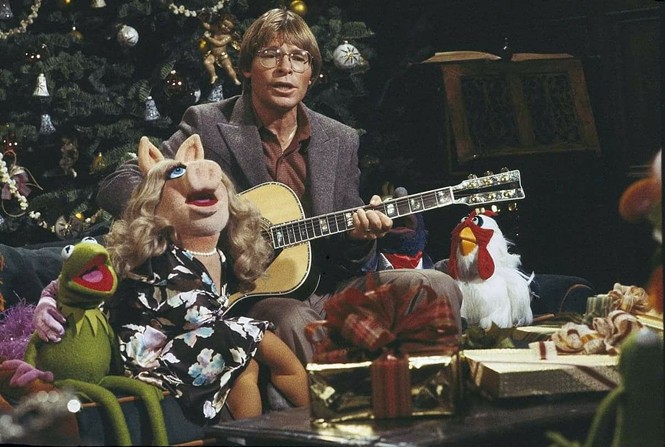 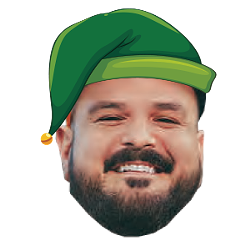 For me, the holy trinity starts with Rankin/Bass' 'Twas the Night Before Christmas, the animated special that showed us that even a miracle needs a hand, and that mousy intellectuals with a penchant for clockwork should just mind their own damn business. The sleigh ride continues with the classic "Peace on Earth/Little Drummer Boy" from Bing Crosby's Merrie Olde Christmas, featuring the legendary crooner and David Bowie—the oddest of holiday pairings since "fruit cake" and "delicious." (You can sense Bing's impending fear of a dandy home invasion when Bowie walks through the manor and asks to use his piano.) Then there's the Muppets' timeless rendition of "The 12 Days of Christmas" from John Denver and the Muppets: A Christmas Together. The gusto from Miss Piggy belting "Five goooold rings!" always gets me in the mood for the season—and for Christmas ham. 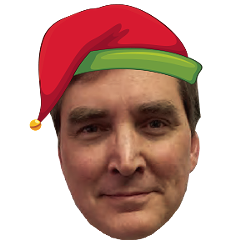 Christmas is always such a frantic season for movie-watching for me—packing in all the stuff to be considered for year-end awards—that I almost never have time for stuff I've seen 100 times and actually like. Probably the closest I get to something like this is Robert Zemeckis' The Polar Express, which I often have a hard time turning away from when I'm channel surfing during the holidays. It gets even more fascinating as the years go by, and its primitive "uncanny valley" motion-capture computer-animated characters look ever creepier. Sure, it's cheesy, schmaltzy spectacle, but it also feels more nightmarish than anyone involved could ever have intended. 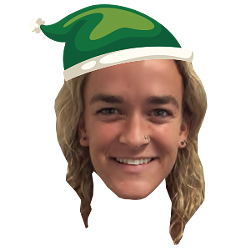 I used to start watching holiday movies as soon as the calendar turned to Dec. 1. Nowadays, I have trouble getting into the holiday spirit with all the anxiety-building hustle. The one movie that always gets me ready to shop until I drop or spend the evening with all my extended family is Love Actually. This isn't your typical holiday movie, but I adore it. I stumbled upon it a few years ago, and have continued to watch it over and over again. I'm a fool for good ol' rom-coms and this one adds a bit of Christmas magic. As the only perpetually single gal in my family, I suppose Love Actually reminds me that "love is all around us," even though yet again, I'm single another holiday season. 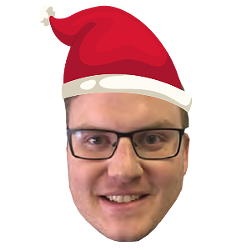 Come December, I try to stay far away from seemingly everyone's favorite Christmas flick, Elf. Instead, I find myself more fascinated with mid-1990s holiday nostalgia. This is clearly because those were the years I still believed in Santa and everything seemed magical. Now, if I'm flipping through channels and come across Jingle All The Way, you can sure as hell bet I'm not going anywhere else. Between Arnold Schwarzenegger and Sinbad's buffoonery trying to track down the virtually sold-out Turbo Man action figure and the cheesy lines throughout (I'm going to deck your halls, bub!), I can't help but smile. Bonus: I first saw this film during a birthday party at the small theater inside Jolly's Pharmacy and Top Hat Video on 1300 South and 1700 East—you know, back when video rental stores were still a thing. Ah, the '90s. 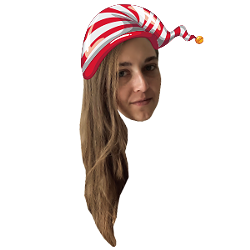 The Christmas movie that has become my favorite—outside of childhood cable staples like A Christmas Story—also happens to be one of my favorite movies in general, and functions as maybe the only lesbian romance and Christmas movie out there. I'm talking about Todd Haynes' Carol, a beautiful, melancholy period drama starring the elegant Cate Blanchett alongside Rooney Mara. Taking place within a picture-perfect landscape aglitter with all the trappings of a silver-tinseled 1950s Christmas, Blanchett plays Carol, a jaded divorcée who falls in love at first sight with Mara's Therese while gift shopping at the department store. Therese is even wearing a little Santa hat in the scene, and still manages to capture Carol's attention. The film deftly utilizes the holidays—their family-centric themes and yet their tendency to fill one with longing for intimacy—as a way to depict Carol's inner struggle, which is to either indulge in her new love or to prioritize her relationship with her daughter, which is jeopardized by her jealous ex-husband. Unlike many romantic dramas though, and especially queer ones, this film stands out because it doesn't end tragically. Great as a standalone film, it functions as my favorite Christmas movie because it reinstills a real sentiment into that theme, captures the feeling of melancholy and quiet love during one of the most lonely and chaotic times of the year. 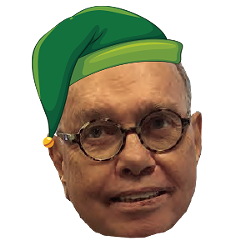 For several years, there in the '70s, I refused to watch the World War II epic Patton after I'd read somewhere it was Richard Nixon's favorite film. My pettiness waned, and the 1970 film starring George C. Scott become a favorite. Sole holiday connection is when elements "Ol' Blood and Guts'" 3rd Army relieved Yanks in the French town of Bastogne on Christmas Day. Patton pivots on quotes—which he actually uttered. A war correspondent asks him about his pistol grips. "They're ivory," snaps the general. "Only a pimp from a cheap New Orleans whorehouse would carry a pearl-handled pistol." In another scene, a chaplain remarks, "I was interested to see a Bible by your bed. You actually find time to read it?" Responds Patton: "I sure do. Every goddamn day." He tells troops: "Now I want you to remember that no bastard ever won a war by dying for his country. He won it by making the other poor dumb bastard die for his country." But, of course, the most-famous quote comes after he loses command of the 7th Army after slapping a shell-shocked soldier in a Sicily field hospital. "Ah, George," he laments to his orderly, "I wish I'd kissed the son-of-a-bitch!" And in this spirit of good-will-toward-all, that's my sentiment exactly.