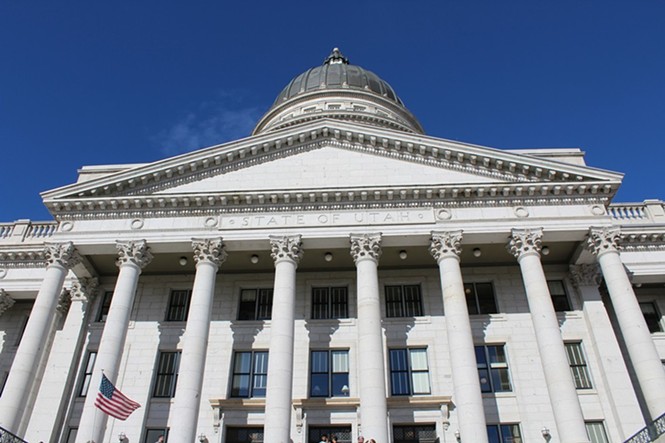 Week 3 of the Utah lege sesh is over, with some of 2020’s sexier bills making moves like Lizzo—they do their hair toss, check their nails, baby how you feelin’? (Spoiler alert: Feeling good as hell!) Let’s recap:


— House Reps passed a bill banning anyone under 18 from using tanning beds, lest they wind up looking like a certain carrot-faced chief executive someday. Hey kids, Lizzo says love looks better in color, but that doesn’t mean YOU will.


— The Senate actually did something good by passing a bill supporting permanent daylight saving time, because who the hell wants to go to work and come home in the dark? A Senate committee also threw support behind behind a bill that would decriminalize polygamy among consenting adults, and who the hell wouldn’t be for a bill that treats adults like adults in a state that always seems to be treating adults like children with stuff like lame-ass alcohol laws? Yay, Senate! Like Lizzo, we’re crying cuz we love you!


— But wait, WTF? Then the Senate had to go 100%-that-bitch by passing the terrible, awful SB 67, a bill that would force doctors and medical providers to bury or cremate fetal tissue remains, which is just another way to shame and stigmatize women who have abortions. Hey, Senate—like Lizzo said to Jerome, take your ass home, come back when you’re grown!


— Speaking of porn, the House GOP lost their hard-on for bitch-slapping Mitt Romney, who dared to step out of line last week and voted to convict President Donald Trump on abuse of power, the first article of impeachment. They wanted to censure Mittens, but in a closed caucus meeting, they decided not to after all and instead made plans to throw up a resolution by Senate President Stuart Adams that would thank Trump “for all the great things he’s done for the state of Utah.” GAG. Mitt needs to take some advice from that great American philosopher, Lizzo: “If they don't love you anymore, just walk your fine ass out the door.” Wait, did we actually kinda sorta just say that Mitt Romney has a fine ass?