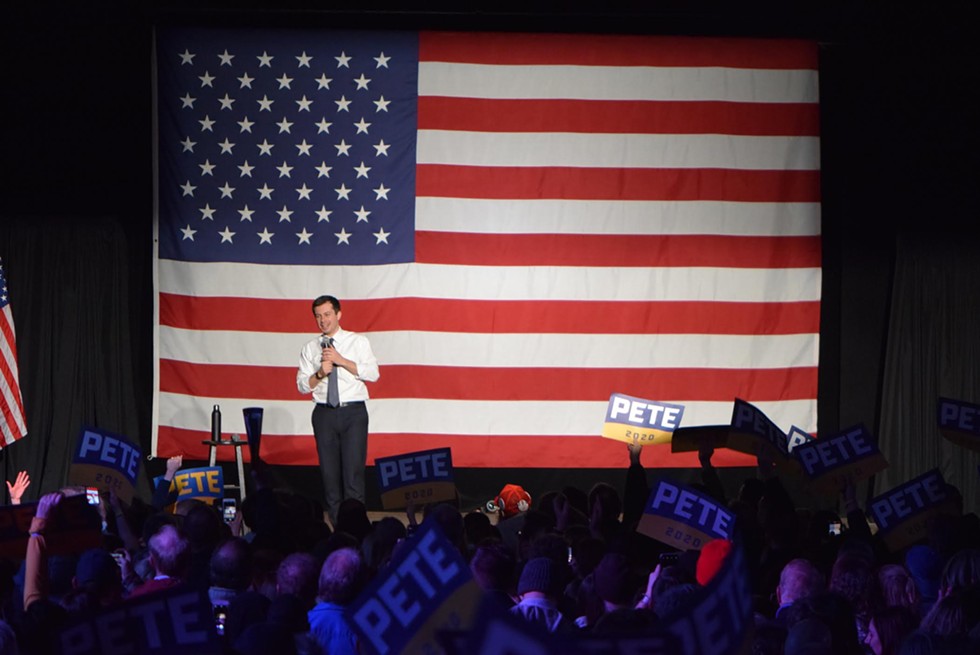 
Hours before Democratic presidential candidate Pete Buttigieg’s town hall at the Union Event Center on Monday, hundreds lined up outside to hear from the former South Bend, Ind., mayor. Supporters kept coming, with numbers reaching into the thousands, until the line stretched nearly around the block. An estimated 4,500 ended up packing inside.

Double Take
Sweet jams, rainbow merch and Pete Buttigieg’s excellent oration skills were on display during the presidential hopeful's SLC visit.
While the crowd waited and waited for Buttigieg to show (note to those new to politics that aren’t made-for-TV: these things NEVER start on time), they heard tunes with titles perfectly curated for his campaign stop.
By Rich Kane
Buzz Blog


“Don’t you think it might make sense for a president who has given a lot of tough talk and even throws himself military parades, to be held to account by somebody who served in uniform and is ready to talk about the difference between a traumatic brain injury and bone spurs?” Buttigieg asked.


Buttigieg’s visit coincided with the fast-approaching Super Tuesday on March 3. This year, Utah joins 13 other states in the important primary election day. Previously, the Beehive State was considered an afterthought, since its primary took place long after the candidates were mostly determined. This election cycle has already resulted in visits from Joe Biden, Sen. Elizabeth Warren and Michael Bloomberg, who is set to make a second appearance Thursday. Sen. Bernie Sanders has not yet visited Utah since attracting 14,000 to a 2016 event.


“The more diverse this country becomes, the more we need a president who can speak with tact, who can be eloquent, who can respect the people and celebrate this nation of diversity,” Mendenhall said. “Pete can lead not only because he has a plan and a vision, but because he has a genuine understanding of people.


“He’s done the work at the grassroots level and he knows and he cares. That’s the kind of a president this country needs.” 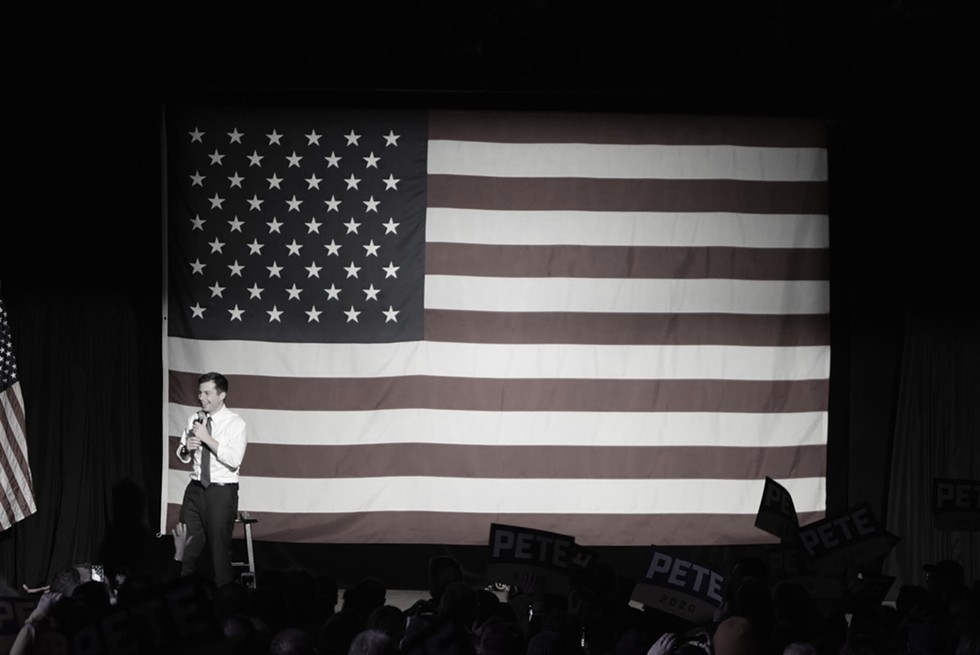 "Donald Trump didn’t invent bigotry, he rode it into the White House." —Pete Buttigieg tweet this

For some, all the country needs might be fewer tweets.


“Aren’t you ready to put the chaos behind us?” Buttigieg asked.


“Won’t it feel good to put the corruption behind us?”


“Who’s ready to put the tweets behind us?”


He added: “I don’t even think that’s a partisan statement anymore.”


Since the Senate didn’t remove Trump during his recent impeachment trial, Buttigieg said, it’s now up to voters to do so. And despite disagreeing with Utah Sen. Mitt Romney on many topics, Buttigieg used Romney’s impeachment vote as a selling point.


“If he was the only one in doing that, doesn’t that say more about what has become of the Republican party today than anything else?” he asked.


The presidential hopeful also spoke about children in the U.S. he’s met on the campaign and policies he wants to change by the time they become eligible voters.


One boy, he explained, asked why his insulin was so expensive. The price has gotten so high that some employers, such as the state of Utah, are sending people to foreign countries to buy the cheaper prescriptions.


“That shouldn’t even be his problem, and he can’t wait for us to be sure there’s no such thing as an unaffordable prescription in the United States of America,” Buttigieg said.


Another girl told him about how attending school today can be scary.


“I had a 13-year-old let me know that she asked for a bullet-proof backpack for Christmas because she’s so worried about going to school,” he said. “She can’t wait for what we know, gun owners and not, in red states and blue, that the time has come for us to stop allowing the Second Amendment to be twisted into an excuse to do nothing at all on common sense gun laws.”


Buttigieg certainly hit on the topics that could sway voters.


Sandy resident Lisa Willes came out of the event feeling like Buttigieg had earned her vote. She liked his “middle-of-the-road” answers.


“I liked his answers to things,” she told City Weekly. “It didn’t seem too far right or too far left.”


Following the speech, Buttigieg took a few questions from the audience. One that particularly drew the crowd’s interest asked him, “How do we change bigotry and divisiveness?”


Someone in the crowd shouted, “Beat Trump!”


“Well, it would help for us to get a new president,” Buttigieg said. “But of course, Donald Trump didn’t invent bigotry, he rode it into the White House. We gotta make sure we’re looking at the story behind the story. We gotta make sure we are establishing a culture of belonging in this country that sends a different kind of message to people that are being told that they don’t belong here.”