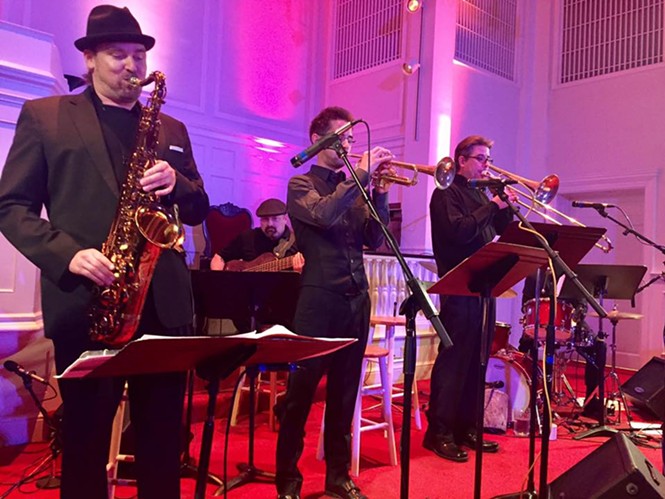 Fat Tuesday Happenings
MONDAY 2/24
Lundi Gras @ Gracie’s
Monday Jazz night at Gracie’s celebrates Mardi Gras a little early this year on lundi. The night features Gracie’s house band the Jazz Vespers Quartet, who have been playing together since 2009 and are skilled in all styles of music, delivering covers as well as some original material at their many shows at Gracie’s and First Unitarian Church. This time, though, they’ll be focusing on churning out New Orleans jazz in honor of everyone’s favorite holiday of true indulgence. You can sit back and enjoy a drink or some food (in fact, probably order yourself the most unhealthy, delicious thing you can think of, because it’s not called Fat Tuesday for nothing) or join the band! The jam session is open to anyone with an instrument to play, but here’s to hoping anyone who joins in has a certain jazzy swing about their style. Horns are extra welcome. (Erin Moore) Gracie’s, 326 S. West Temple, 7 p.m., free, 21+, graciesslc.com 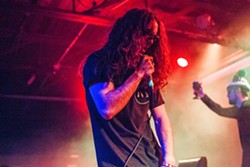 TUESDAY 2/25
Mardi Gras! @ Urban Lounge
If you’re looking for a spot to do the Mardi Gras thing to its carnival-max, stop in at Urban Lounge. Grab a mask to take on the mischievous spirit of Mardi Gras while enjoying the stylings of three local acts and supporting a good cause. Though the show is free, donations will pay off lunch debts for a school in Louisiana—because in case you forgot, children are allowed to be in debt over food these days. Indulge in drink and merriment, yes, but temper that behavior by honoring the kids who come from the state that popularized the holiday to begin with. The bombastic-at-times/minimal-at-others rap stylings of local headlining act Ivy Local will be supported by the solo act GodDog and Night Crew. You could say it’s a fat bill. (EM) Urban Lounge, 241 S. 500 East, 8 p.m., free, 21+, theurbanloungeslc.com

TUESDAY 2/25
Fat Tuesday Karaoke! @ Keys on Main
There are many ways to celebrate Fat Tuesday, even if one isn’t in New Orleans. And there may perhaps be no better way to do it than to stop in at one of SLC’s best bars for a swinging good time—Keys on Main. Home to dueling pianos most of the time, Keys on Main opens the floor for karaoke this Tuesday, and it turns out there really are karaoke songs for everything, including this holiday. Songs like “Hey Pocky A-Way” by The Meters, “Street Parade” by Earl King and “Jock-A-Mo” by James “Sugar Boy” Crawford are big hits at Mardi Gras parades; tracks like “Mardi Gras Mambo” would perhaps transport everyone to New Orleans, “where the blues were born” and where “it takes a cool cat to blow a horn.” These songs, among others, have been played at Mardi Gras celebrations for generations. But don’t be afraid to add your own favorites to the mix—anything funky, jazzy and generally spirited is surely to be welcome on the karaoke stage. (EM) Keys on Main, 242 S. Main, 8 p.m., free, 21+, keysonmain.com 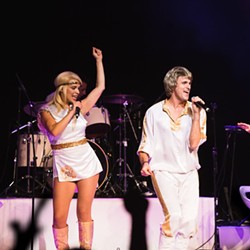 ABBA Mania
Whether at a birthday party, cocktail party or perhaps Classic Skating, everyone has enjoyed a night filled with the ’70s glamour that is the everlasting band ABBA. Nothing satisfies the soul quite like spinning around to “Dancing Queen” with your best pals. While it has been over 30 years since ABBA last performed, the chance to enjoy their music live is not lost for hard core fans. The tribute group ABBA Mania sends you back in time by recreating performances of songs by one the iconic pop group, complete with costumes, glitter and glam. In 2002, ABBA Mania was invited to perform at London’s West End, and played for 18 weeks at the Strand Theatre. Since then, they’ve toured in Europe, North America and South America, making them an incredibly successful touring show. If you’re looking for an excuse to party on a weekday, reminisce or to feel nostalgia for a time when you were not even alive, throw on your disco boots and gold hoops, grab your favorite dance partner and head down to Metro Music Hall this Thursday. (Emma Roberts) Metro Music Hall, 615 W. 100 South, 8 p.m., $25, metromusichall.com