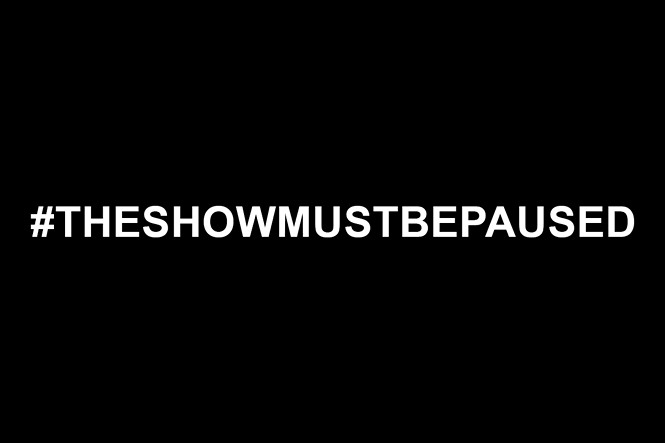 It seems every part of American society—from average people to celebrities to brands and companies—is trying to figure out what role they can play in the wave of nationwide dissent in response to the death of George Floyd, along with wider criticisms about racial injustice and police brutality. And while the music industry was just adapting to operating in a new, socially-distanced world due to COVID-19, there is the new question of how the industry should respond to the sudden (and overdue) reckoning for racial justice rocking this country.

Some of the bigwigs have, over the course of this turbulent weekend, called for a music industry-wide blackout in solidarity scheduled for tomorrow, Tuesday, June 2, tagging it #TheShowMustBePaused. This means—based on announcements from the likes of Sony Music, Warner Music Group, Apple Music, Interscope and EMPIRE—a ceasing of their usual work as they take time to donate and coordinate with organizations providing bail funding, legal aid and other resources to protesters, and to organizations helping to empower Black communities long-term. Atlantic Records executives Brianna Agyemang and Jamila Thomas, who are both black women, are the inspiration behind the effort, pointing out on the movement’s Instagram page that the music industry owes and has owed many of its successes to Black artists and the support of Black fans. While small-time artists have all but erased any mention of music from their feeds over the weekend to focus on the protests, it’s good to see the big-time players participating, too, and throwing their weight where it’s needed. Here’s hoping they keep it up even after the smoke and fire clear.