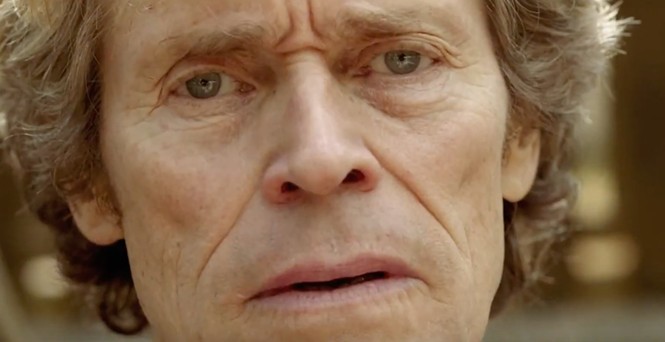 The Hottest August **1/2
I’m not saying director Brett Story came up with a title and an approach for this documentary, then assumed that the result would be something profound; I am saying it wouldn’t surprise me to discover that was the case. The Canadian-born filmmaker takes a wide-ranging journey through New York City in August 2017, stopping along the way to interview a broad demographic and socioeconomic range of people-on-the-street—from underemployed college grads to working-class folks, from single mothers to skater bros—asking them their expectations and concerns about the future. Story captures a few striking images between her interview subjects, and does find a common thread of anxiety that’s more often related to fear of demographic change than, say, climate change, despite people still talking about the impacts of 2012’s Super-Storm Sandy. But despite a few moments that place the events at this specific place and time—particularly that month’s solar eclipse—The Hottest August too rarely discovers any connective tissue to allow for a thematic focus. When a late snippet of actor Claire Coulter’s narration notes that August 2017 in New York wasn’t actually particularly hot, it’s hard not to feel the realization that Story couldn’t quite find the story she was looking for. Available June 5 via ParkCityFilm.org virtual cinema. (NR)

Painting the Modern Garden: Monet to Matisse ***
The first in a series of Exhibition on Film features at SLFSatHome.org in June, this 2016 documentary from director David Bickerstaff launches from the exhibition of the same name at the Royal Academy of Arts, highlighting works from the late-19th and early-20th century that took gardens as their subject. As you might expect from a film of this kind, it’s likely to be of greatest interest to those who already have a fascination with art history, as the docents and scholars interviewed provide a framework for the represented artists within the movements of impressionism and modernism. Yet it also dips into intriguing historical tidbits about why gardens became such a common subject during this era—as recreational gardening became a more common hobby with a growing middle class and more imported plants—as well as the notion of gardens themselves as works of art. Though everyone will have their own limit as to when one more shot of bees humming around flowers or people looking at paintings becomes too much, this is a mostly satisfying way to get a little dose of cultural instruction. Available June 5 via  SLFSatHome.org. (NR)

Tommaso **1/2
Writer/director Abel Ferrara plumbs his own life for a drama that’s provocative in fits and starts, yet doesn’t seem to add up to all that much. Willem Dafoe plays Tommaso, an expatriate American independent filmmaker living in Rome with his girlfriend Nikki (Christina Chiriac, Ferrara’s own romantic partner) and their 3-year-old daughter (played by Ferrara and Chiriac’s actual daughter). While Tommaso works on what he hopes will become his next project, he also struggles with tensions in his relationship with Nikki, which tug at the edges of his six years of sobriety after years of drug abuse. Ferrara’s narrative, such as it is, is wildly episodic, following Tommaso to the Italian lessons he’s taking, to 12-step meetings, to acting classes he leads, etc. And while some of the episodes are compelling, and make great use of Dafoe’s ferocious screen presence—like an encounter with a belligerent screaming drunk that takes a startling turn from threatened violence to compassion—Tommaso can’t make the connection between the mundane details of Tommaso’s life and relationships, and the sequences that are clearly meant as fantastical. Ferrara’s own life proves an elusive subject for him to share with an audience. Available June 5 via SLFSatHome.org. (NR)

A Towering Task: The Story of the Peace Corps **1/2
If a documentary isn’t going to be fascinating, it might as well be thorough, and director Alana DeJoseph certainly covers the length and breadth of the Peace Corps’ nearly-60-year history. Annette Bening narrates that story with calm assurance, taking us from John F. Kennedy’s appeal to young American’s sense of altruistic duty in 1961, through the Vietnam era as participation waned over disillusionment with participating in anything associated with the government, and into a post-Soviet Bloc era when Peace Corps volunteers began expanding to new missions in new countries. Dozens of former volunteers and several former directors of the program share their memories, and there’s a scattered quality to those anecdotes that doesn’t often provide much perspective beyond “what an amazing experience.” DeJoseph gets at more interesting material when poking around in the tension between the Peace Corps’ noble intentions and the goals of American foreign policy, including the entire program’s origins as a way to combat Cold War-era “ugly American” perceptions to win hearts and minds. Some warts-and-all material avoids the perception that this is merely a bright-eyed advertisement for the program, but it still feels weighed down by more quantity of content than quality of content. Available June 5 via Utah Film Center virtual cinema. (NR)