The source for life in Salt Lake City

Time flies. I could have sworn that the phrase originated with Benjamin Franklin, but he didn't say it. What he did say was, Lost time is never found again. I think that's pretty much the same thing—but it's not.

No matter. In either case, the City Weekly staff brilliantly captured the essence of Five-Dollar Franklin with this annual issue of City Guide (which began in 2002). Not only is this issue itself Almanack-themed—a la Ben's famous Poor Richard's Almanack of the 1700s—it's been designed to reflect all things city and urban—not the rural farmstead, as it is traditionally done. Well, sure, we have a weather forecast (thanks, Sterling Poulson), but not to show you the best times to plant your beets or crop your hay. Rather, it's to tell you the best times to get out and enjoy our city and outdoor environs the modern way—on a bike, in the hills, strolling a park, hoisting a beer, nibbling from a picnic basket, listening to your favorite band, singing along with your sweetie pie and, of course, giving you insights to the best time to swipe your eggs from your backyard chickens and the proper feeding times for your lovely ferret.

It's amazing anyone here even thought of an almanac-themed issue, still only a couple of us still remember that rainy day when we joined Ben for some electrifying kite flying. Quite a storyteller, that Ben. Most of the staff at our 32-year-old alternative newsweekly is younger than City Weekly itself—and while it's discouraging that I'm getting old, it's encouraging that there's a bright future not just for them but for all of you reading this now. You can count on City Weekly to continue giving you insights to all of the very best things to do in this great place we call Zion. Or Utah. Or whatever.

I hope you enjoy the 2016 edition of City Guide. With that, I leave you with a quote oft-attributed to Ben—even though the word bacterium wasn't coined until after his demise—but it pretty well sums up how we all feel as we publish this repository of city tales: "In wine, there is wisdom, in beer, there is freedom, in water, there is bacteria."

March 19: Vernal Equinox
10:30 p.m. Daytime and nighttime are both about 12 hours long. The Sun rises due east and sets due west on the equinox date.

Aug. 12-14: Perseids meteor shower
Perseids are visible from mid-July through Aug. 24. Look for them at their peak after moonset and before dawn Aug 12-14. Visit In-the-Sky.org.

Sept. 22: Autumnal Equinox
8:21 a.m. Daytime and nighttime are both about 12 hours long. The Sun rises due east and sets due west on the equinox date.

Mormon Holy Days
Sunday: For Mormons, the Sabbath is an entire day of rest and worship.
Monday evenings: Spent at home with family as part of "Family Home Evening."
Holy Days: Easter and Christmas. Also, Pioneer Day, celebrated on July 24th, honors the arrival of pioneers in 1847 into the Salt Lake Valley. Not only is it a state holiday, it has religious significance.

Booze by the Numbers
Utah is one of 19 states with state-controlled liquor sales. In 2015, the average Utahn (per capita) consumed 2.76 gallons of alcohol, up slightly from 2.65 gallons in 2014.
Number of liquor stores statewide: 44
Number of Salt Lake County bars, taverns, clubs and restaurants licensed to serve alcohol, wine and beer: 857
Number of liquor manufacturers in Utah as of December 2015: 51
12 distilleries, 15 wineries and 24 breweries 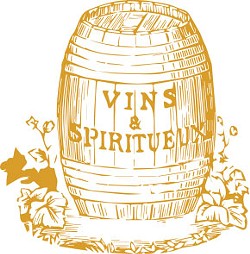 You're Welcome, Governor
In 2015, Utah liquor sales produced $156.9 million in profit for the state (an 8 percent rise from the previous year)—bestowing $41 million on the school-lunch program and DUI enforcement, generating $20.1 million in sales tax and giving $95.4 million back to the state.
Source: Utah Department of Alcoholic Beverage Control

By Sterling Poulson, KUTV2 meteorologist
To set the record straight, inversions are not man made. Inversions occur when cold air at the surface is trapped below a layer of warm air in the atmosphere. Normally, the air gets colder as you go higher into the air, so at the surface, it may be 90 degrees, and at 35,000 feet, it may be -20.
With an inversion, the opposite is true. Temperatures at the surface will be in the 20s, while higher up in the mountains it may be in the 40s or even 50s.

In mountainous regions of the world, valleys are the prime reason for inversions during the winter season. Cold air gets trapped at the surface, usually when high pressure builds over the area, and there is very little mixing of the atmosphere. Snow-covered areas can create even colder conditions, and before you know it, the air is stagnant and moves like molasses.

Before man showed up in Utah, inversions were basically invisible, unless fog or low stratus clouds became trapped in the inversion. Now that we have industry, automobiles, airplanes, refineries, etc., all of those pollutants get trapped in the inversion, and suddenly you can see the inversion filled with pollution. It takes winds aloft over 60 mph, or surface winds in advance of an approaching storm, to scour out the pollution in the valleys after the inversion breaks. Mountain valleys hold the inversion hostage, like a big bowl, until enough movement of the air or heating from the sun returns the air to its normal state.

Sterling Poulson's 2016 Weather Data and Forecast
Long-range predictions from the Climate Prediction Center are leaning toward a wetter than normal spring for Utah, especially the southern two-thirds of the state. We should experience near-normal or slightly-above-normal temperatures through May, and a hotter-than-normal summer could be looming as well. I agree with this trend based on the very progressive long-wave patterns we have already experienced so far this year. This very progressive wave pattern over the northern hemisphere should give us a better snowpack this spring, and begin to recharge the drought-stricken aquafers. This means that the ground-water should be recharged a bit, helping us in the dry months of summer.

My No.1 tip to those new to the Utah political scene is this: Our liquor laws are really weird. But you can actually find a drink here—if you try.

To better understand state politics, my favorite resource is the legislative website (le.utah.gov), where you can read bills, listen to committee meetings and floor time—past and present—and find out about your legislators. That, and political blogs, of course: UtahPoliticoHub.com, UtahPoliticalCapital.com and HollyontheHill.com.

My favorite political book is specifically for women in politics: Every Day Is Election Day: A Woman's Guide to Winning Any Office, from the PTA to the White House by Rebecca Sive.

I'm on the board and active with Real Women Run and the Women's Leadership Institute. If you couldn't tell, I strongly believe we need more women running for political office. I found political mentors when I got started in the political scene 15 years ago. Anyone who is interested in getting involved can find mentors, too. There are lots of people in the political scene willing to help.

The Utah Legislature by the Numbers 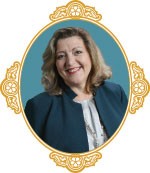 On holidays like Memorial Day—when I'm usually tending to the barbecue or smoker—I like to serve side dishes that can be prepped in advance and that don't require space on the grill, which is usually taken up with meats, chicken and the like. This recipe for creamy, cheesy potatoes au gratin is the perfect solution. You can do all the prep work early in the day, or even the night before, and then just bake in the oven an hour before mealtime.