Discover nearly 70 ways to fall in love with food 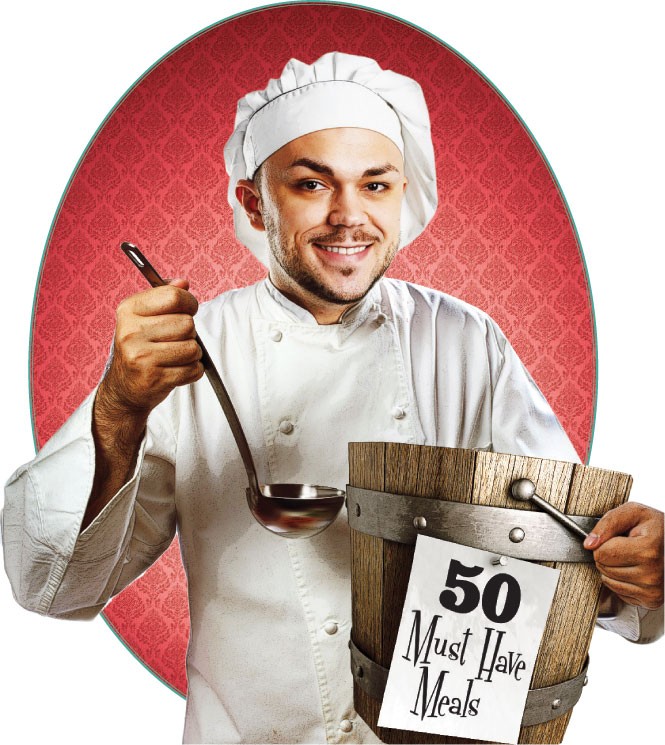 We’re creatures of habit: going to work at the same time, along the same route. Cooking up meals from the small arsenal of tried-and-true recipes that everyone at the table is willing to consume. Or, heading to one of a handful of restaurants we’ve been to dozens of times before, and ordering the same thing as last time and the time before that.

But it doesn’t have to be that way. This year for our annual Dining Guide, we decided to put together a dining “bucket list”—a food-focused version of those “10 million books you should read before you die” lists. It’s not a new concept, but this one is actually within your reach. We asked local folks to help compile a list of 50 dishes and drinks that Utahns (or visitors) should consume before they shuffle off this mortal coil (or simply shuffle off to a different state). The list ranges from simple fast-food shakes to multicourse meals, and you’ll have plenty to eat your way through for the next year—and beyond. Untitled Document

Food critic Ted Scheffler also provides a list of handy tips that’ll improve your relationship with your kitchen so that you can dive into the unexplored pages of your cookbooks without fear. He also rounds up a few warming cocktails served at restaurants and bars around the state—winter is coming, after all.

And lest you think local chefs spend all their days in the kitchen, we also profiled three food stars and what they get up to when they’re not in their chefs whites. Despite their demanding careers, they’re not in any kind of lifestyle rut.

So, follow their example, and let this guide lead you to new food discoveries.

We've all had them: dining experiences so wonderful that they inspire us—even before the plate is empty—to start thinking of all the people we have to tell about them, lest they miss out on the deliciousness. We asked Utah notables in the arts, publishing and, yes, the restaurant biz to share with our readers the local meals on their dining "bucket list": the food they just can't get enough of, and believe everyone should try before they die. Next time you're scratching your head, wondering where to go for the next meal you won't forget, just use this list. 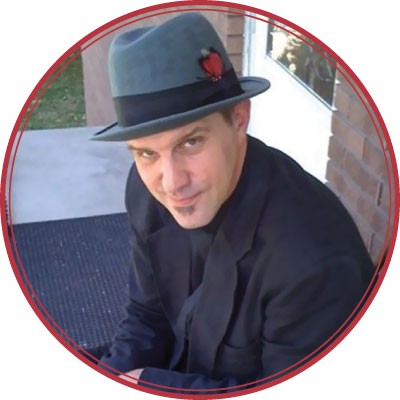 Known for his deep voice, signature hat and larger-than-life personality, DJ Bad Brad Wheeler guides listeners of KRCL 90.9 FM through the end of the workday with his Drive Time playlist, featuring blues, Americana and rock.

The dish, plucked from Mormon culture, is made from the traditional sliced potatoes (topped with scallions, bacon and cheese), which are then rolled in a cornflake crust and "baptized in hot oil" to create cheesy potato balls. Dip them in ranch dressing and be converted.
1199 Beck St., Salt Lake City, 801-521-3904, GarageOnBeck.com

Brad Roll
Tona Sushi
For sushi lovers who like their rolls to bring the heat, this one combines spicy tuna, avocado and cucumber fried with panko (a Japanese-style breadcrumb). The Brad roll, topped with Sriracha and Japanese mayo, is named after Brad Wheeler himself.
210 E. 2500 South, Ogden, 801-622-8662, TonaRestaurant.com

Star Burger
Shooting Star Saloon
The Shooting Star Saloon in Huntsville, which Wheeler says is the "oldest bar west of the Mississippi," is known for its epic Star burger. Meat upon meat upon meat, the Star burger consists of two hamburger patties, Polish knockwurst, cheese and onions, and has gotten nothing but rave reviews.
7350 E. 200 South, Huntsville, 801-745-2002, ShootingStarSaloon.co

Meatball Sub With Jalapeño Sauce
Moochie's
Each meatball is a third of a pound, covered with Moochie's own marinara sauce and topped with provolone cheese. Mixing a classic meatball sub with jalapeño sauce may seem sacrilegious, but, Wheeler says, the jalapeño sauce at Moochie's is made to be drizzled on everything—including the fries.
232 E. 800 South, Salt Lake City, 801-596-1350; 7725 S. State, Midvale, 801-562-1500, MoochiesMeatballs.com 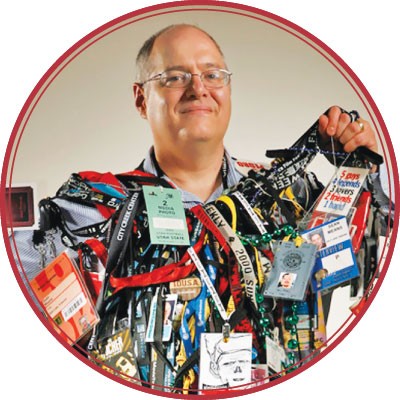 SEAN MEANS
Film critic, columnist and vegetarian Sean Means has been contributing to The Salt Lake Tribune for 21 years, and can also be heard Thursday mornings on X96's Radio From Hell talking about new movie releases.

Mushroom Stroganoff
Sage's Cafe
Means is quick to praise this pasta's sauce. "Tofu gets a bad rap as being bland, but this recipe gives it a kick—and the sauce is so creamy, you might not believe it's vegan." The dish replaces beef with mushrooms and is made with sherry, tofu sour cream, garlic, roasted peppers and caramelized onions.
234 W. 900 South, Salt Lake City, 801-322-3790, SagesCafe.com

Oreo Shake
Arctic Circle
Thick, creamy, above-the-rim and topped with crushed Oreos, this shake is a classic dessert. "Not everything has to be fancy," Means says. "It just has to be good."
Multiple locations, ACBurger.com 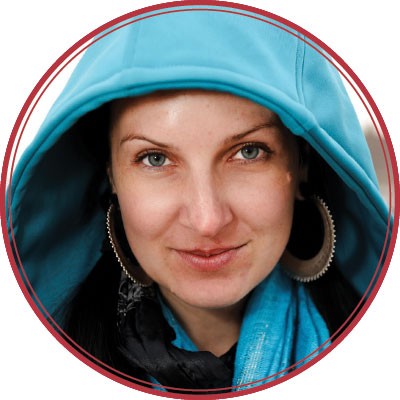 ANGELA BROWN
Angela Brown has been the editor of SLUG Magazine since 2000. In conjunction with running a magazine covering everything "underground" in Salt Lake City, she is also the executive director of Craft Lake City, a local festival that she launched in 2009.

Sesame Chicken Wrap
Les Madeleines
Think of it as chicken salad with a twist: chicken, sesame mayo, cilantro, scallions and sesame seeds, all packed inside a roll of butter lettuce and a rice wrapper. The wrap is served with miso dipping sauce and edamame, and Brown suggests pairing it with espresso and an item from the bakery's French pastry case.
216 E. 500 South, Salt Lake City, 801-355-2294, Les-Madeleines.com

Taco of the Day
Luna Blanca Taqueria
Luna Blanca Taqueria has a delicious array of tacos on its menu, including crispy roasted carnitas and braised chicken with avocado crema cilantro, but the chef also always has two Mexi-fusion taco-of-the-day specials, one for meat eaters and one for vegetarians. "They're both amazing," Brown says.
3158 E. 6200 South, Holladay, 801-944-5862, LunaBlancaTaco.com

Brussels Sprouts
Eva
If done right, even picky eaters will enjoy sauteed Brussels sprouts. "My boyfriend thought he hated Brussels sprouts until he had these," Brown says. "A must-order with every visit!"
317 S. Main, Salt Lake City, 801-359-8447, EvaSLC.com