Lit and AV to put under the tree, recommended by CW staffers 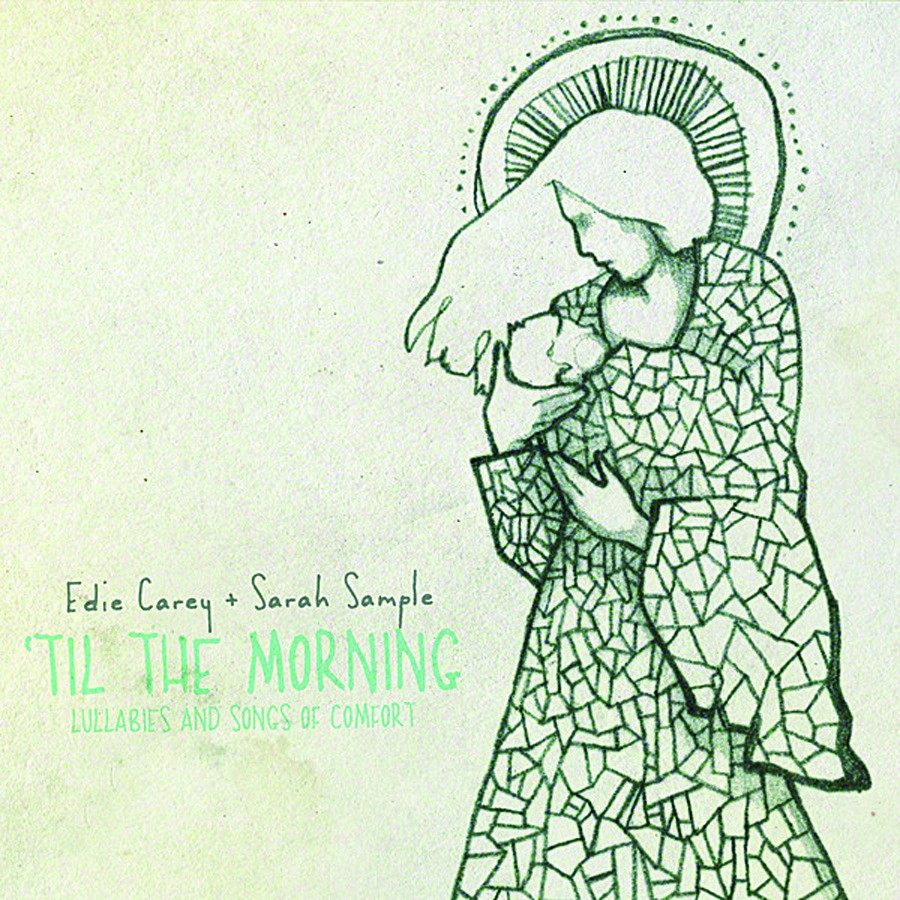 
Two folk singersongwriters recording an album of classic and original lullabies and lullaby-style covers of popular songs might not sound like a revolutionary idea, but Edie Carey and Utah’s Sarah Sample’s ’Til the Morning: Lullabies & Songs of Comfort is an album I think a lot of adults don’t realize they need until they hear it. There’s no getting around the fact that the world is a stressful place, but as Sample says, this album gives weary, battle-worn minds “a soft place to land.” The soothing instrumentation and vocals will of course appeal to kids, and adults will also appreciate the lyrics (by artists including Townes Van Zandt) and high quality of the beautiful music. Since the album came out in June, “La La Lu” has become my go-to song I play in my head whenever I’m feeling overloaded or can’t sleep— it’s healing balm for the soul.
SarahSample.bandcamp.com


This is the kind of work that defies the boundaries of any single medium. It’s not only a story of Jack the Ripper, perhaps the world’s most celebrated serial killer, but also a tale of the pagan undercurrent lurking beneath the genteel Christian surface of Victorian London. It’s also a meditation on time, murder, meaning and gender inequality. Be warned, though, this is a graphic novel—there are sex scenes in here that HBO wouldn’t show, and scenes of violence you would only see if you were literally watching the Ripper himself in action.
Dr. Volts Comic Connection, 2043 E. 3300 South, 801-485-6114, DrVolts.com 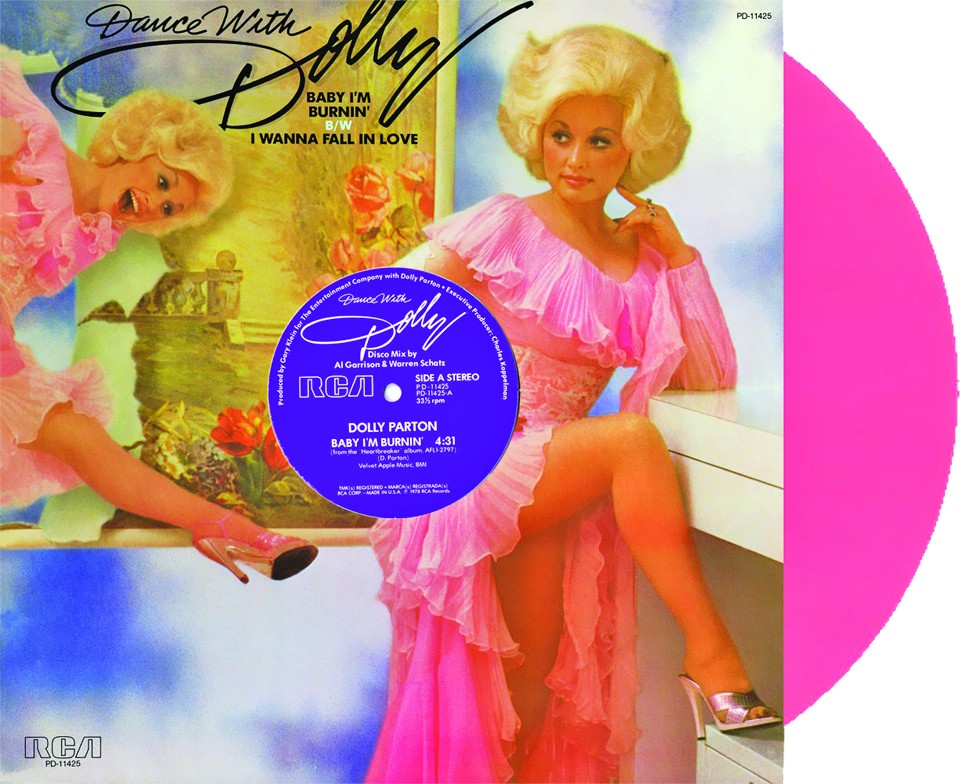 
A must-have album for any Dolly Parton fan would be her 1978 12-inch single “Dance With Dolly.” This little beauty showcases an extended version of her hit disco single “Baby I’m Burning,” which reached No. 25 on the Billboard Hot 100 chart. The flip side features “I Wanna Fall In Love.” Best of all, the album is on bubblegum-pink vinyl. I tore up my bedroom floor dancing to Dolly doing disco.
Randy’s Record Shop, 157 E. 900 South, Salt Lake City, 801-532-4413, RandysRecords.com

Scott Renshaw suggests:
An Edge in My Voice by Harlan Ellison


Originally published in 1985, this collection of essays by Harlan Ellison consists primarily of columns he wrote in the early ’80s for Future Life magazine and L.A. Weekly on topics ranging from the Equal Rights Amendment and gun control to what it teaches us that Oreos conquered Hydrox. It became a pivotal text in my development as a critical thinker, showing me how passionate essay writing could inform and entertain. Ellison can be a dogmatic, self-aggrandizing sonofabitch, but his righteous rage backed by evidence should be required reading for anyone who wants to engage in cultural debate.
Weller Book Works, 607 Trolley Square, Salt Lake City, 801-328-2586, WellerBookWorks.com 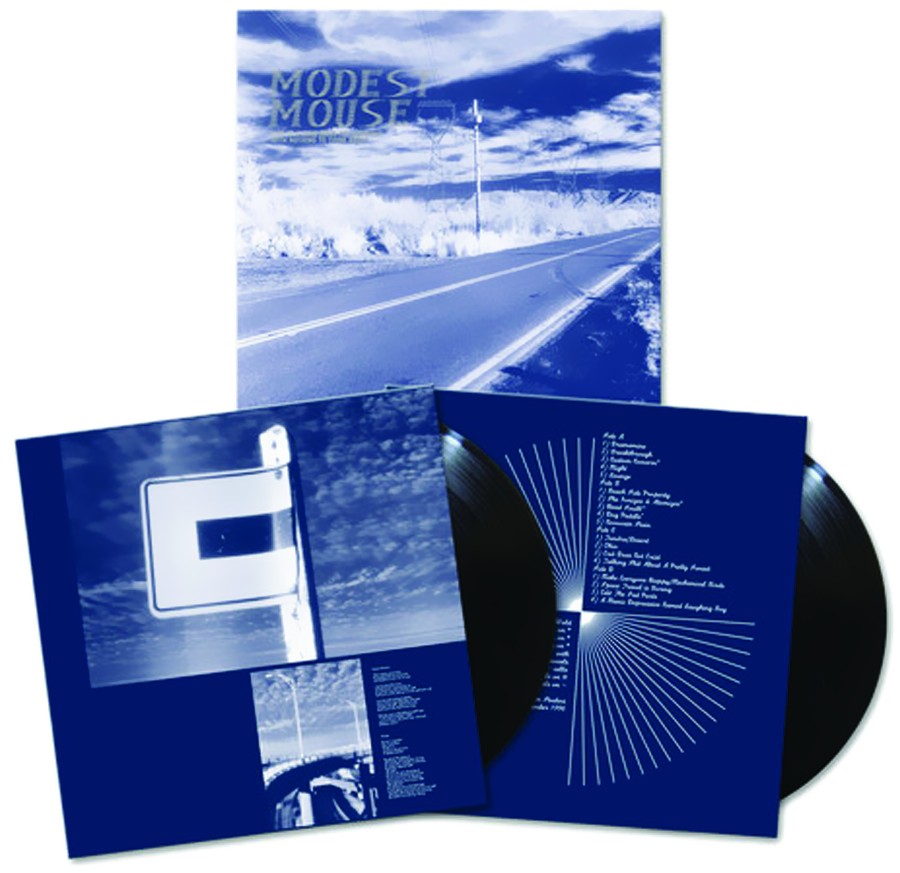 Colby Frazier suggests:
Modest Mouse: This is a Long Drive for Someone With Nothing to Think About, and The Lonesome Crowded West
Forget about Modest Mouse playing pop songs in Pioneer Park to tens of thousands of Utahns for free, as they did a few years back as part of the Twilight Concert Series. I’m talking about the days when Modest Mouse came to town and played at Liquid Joe’s. Anyone thirsty for that sound will be happy to hear that the Washington-based band has reissued its first two albums, which are as rugged, raw and beautiful as any music that’s ever taken up space on a store shelf. But just in case you don’t find this to be true, at the very least, after a listen, your ears will never be the same.
Randy’s Record Shop, 157 E. 900 South, Salt Lake City, 801-532-4413, RandysRecords.com 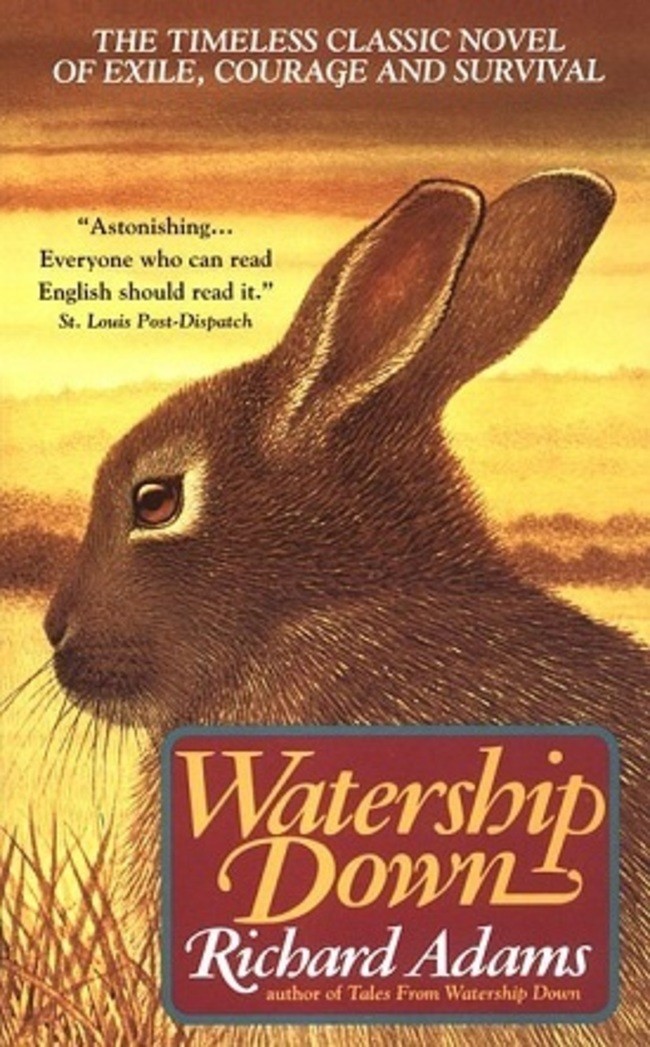 
I brought this book and a couple of others with me on a weekend trip to Fish Lake, and to my surprise, it grabbed hold of me and didn’t let go. I spent an entire day in a hammock reading it, watching aspen leaves tremble overhead and sipping wine. Watership Down is the story of a group of rabbits that, facing imminent mortal danger, must flee their home and embark on a journey fraught with danger to find a new safe place to live. Epic in scope but richly detailed, the world of Watership Down never feels entirely foreign, even though most of the characters are rabbits; I felt the triumphs and tragedies that Hazel and company experienced, largely thanks to Richard Adams’ relatable writing. Watership Down is now one of my absolute favorite books, and a must-read for anyone who loves rabbits, animals and nature, or just needs to remember their courage.
Weller Book Works, 607 Trolley Square, Salt Lake City, 801-328-2586, WellerBookWorks.com 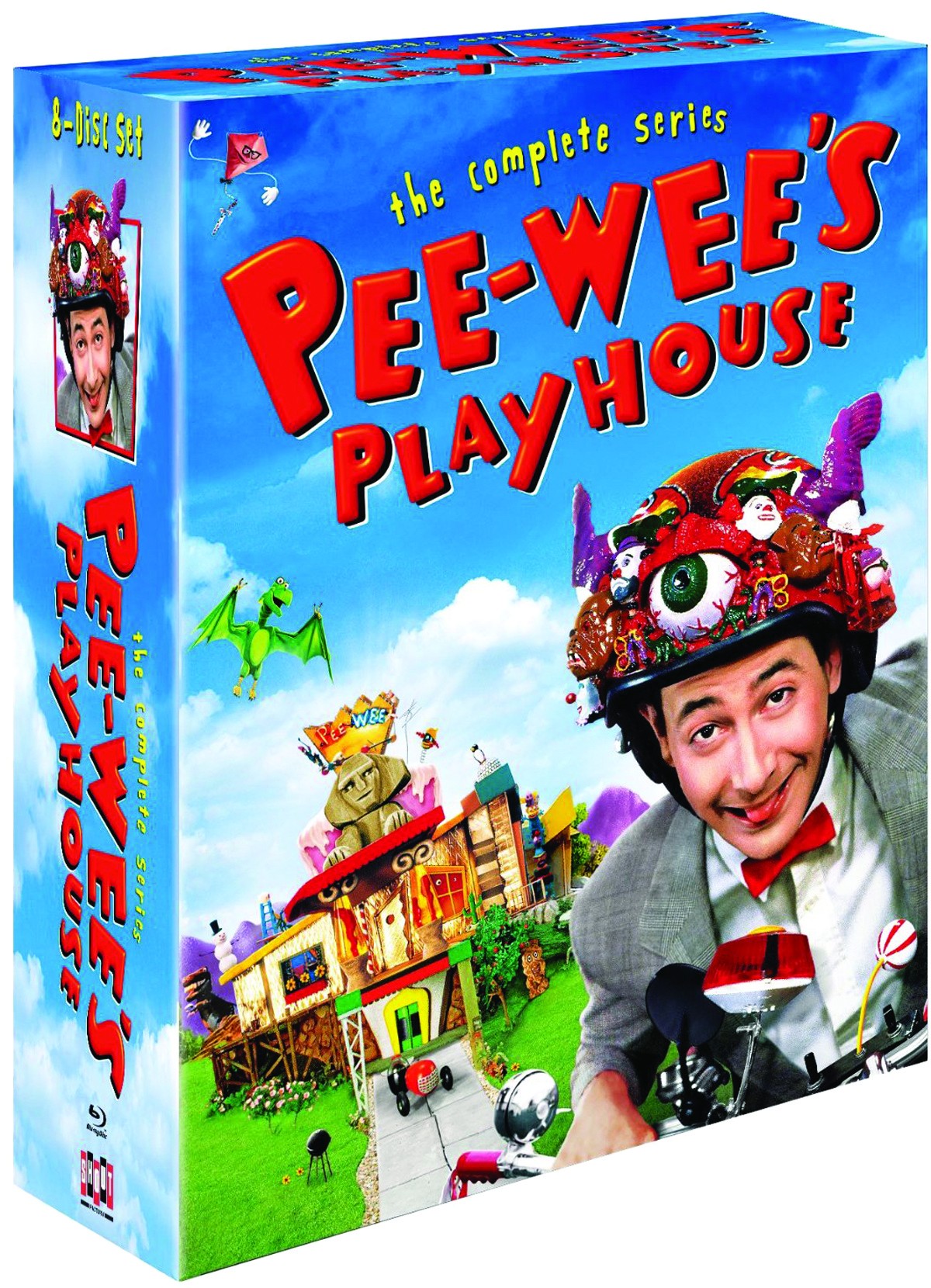 
It’s been available on mid-quality DVD before, but Shout! Factory finally released the entire 45-episode run of Pee-Wee’s Playhouse on Blu-Ray in October—and, unlike most TV series from the ’80s, it actually deserves the high-def treatment. Also unlike the Pee-Wee’s Big Adventure movie (and its underrated sequel Big Top Pee-Wee), the intricately detailed Playhouse leaned heavily on bizarro animation, all of which pops now more than when originally broadcast (though depending on your recreational substance choices between 1986 and 1991, your memory may vary). Without Pee-Wee’s Playhouse, we probably wouldn’t have Adult Swim or Laurence Fishburne today.
Graywhale Entertainment, Multiple locations, FatFin.com


The story of Theodore Roosevelt and William Howard Taft’s progressive battle against big corporations is a century old story made all the more relevant by Goodwin’s page-turning knack for breathing life into subjects you slept through in high school history class. With the division between the haves and the have-nots being all the more obvious in today’s world it’s amazing to read the stories of the men who fought tooth and nail at the turn of the century to keep the country from being handed over to the corporate robber barons of the day. Goodwin takes it a step further by introducing to the story the indelible impact of the old-timey muckrakers who helped expose the 1 percenters and foment true reform.
The King’s English Bookshop, 1511 S. 1500 East, Salt Lake City, 801-484-9100, KingsEnglish.com


In these festive days of celebrating ones beliefs and convictions, I’d like to blast a little hope into the eardrums of those who stroll to the beat of a different drummer boy’s drum. Faith No More’s Angel Dust is all you will ever need under the Festivous Pole. You may find yourself celebrating with “A Small Victory” when you find the perfect furry boots for your girlfriend or falling to your knees in a prayer over the dropped turkey leg while “Everything’s Ruined” gives you the perfect soundtrack. You must keep the faith when searching for this one, as it is a rare bird, but take it “Easy” and the good lord will show you the way.
Randy’s Record Shop, 157 E. 900 South, Salt Lake City, 801-532-4413, RandysRecords.com

Sarah Arnoff suggests:
Wild Rover No More: Being the Last Recorded Account of the Life and Times of Jacky Faber by L.A. Meyer


The announcement that the 12th installment of the Bloody Jack series would be its last may have been an unwanted surprise to many fans, but the reveal of author L.A. Meyer’s battle with Hodgkin’s Lymphoma (as well as his untimely death just a few months before the book’s release) established with readers that a planned ending to heroine Jacky Faber’s story is better than no ending at all. From the streets of London to the high seas and almost every corner of the Earth, whether Jacky sails off into the sunset happily ever after or swings from the gallows, avid readers of the series can be assured that Wild Rover No More is a fitting conclusion to the Bloody Jack saga.
The King’s English Bookshop, 1511 S. 1500 East, Salt Lake City, 801-484-9100, KingsEnglish.com 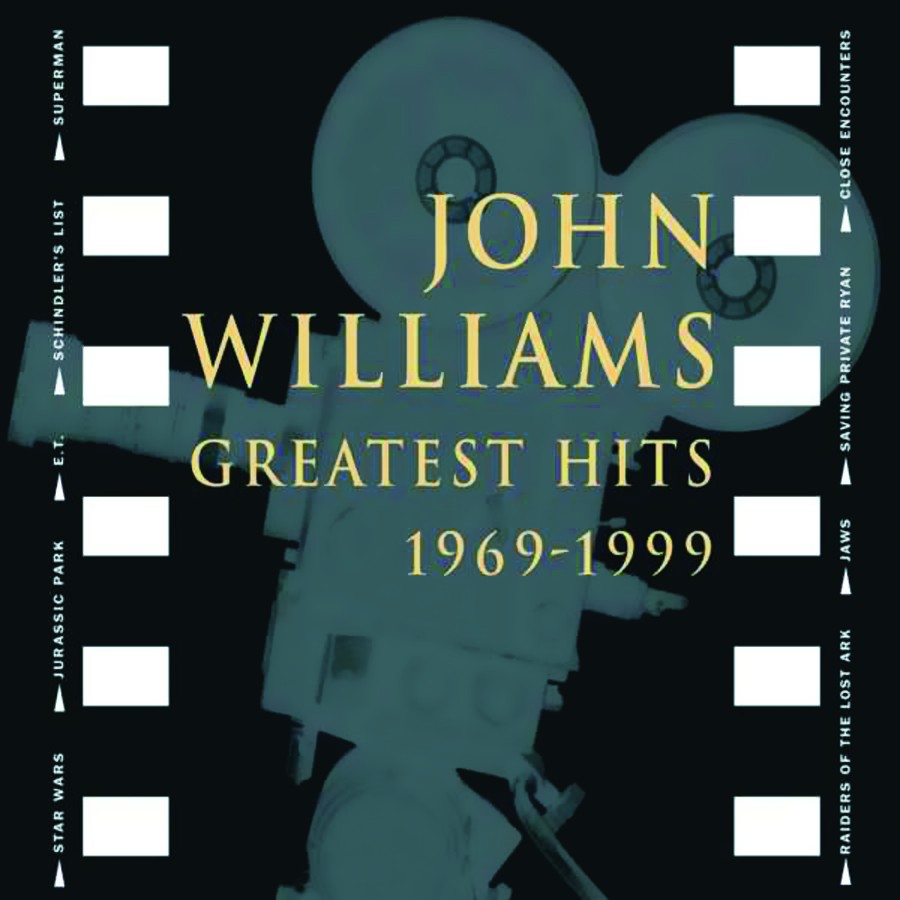 
We listen to music for so many different reasons, but for me it’s often about re-visiting emotional moments. And it’s hard to think of any composer more central to the emotional moments of my generation as John Williams. Collecting his most famous movie themes—Jaws, E.T., Star Wars, Superman, Jurassic Park and much more—it’s a remarkable way to find yourself taken back to awestruck moments in a darkened theater. Plus, it can change your entire perspective on doing housework when you’re, say, washing dishes to the march from Raiders of the Lost Ark.
Graywhale Entertainment, Multiple locations, FatFin.com 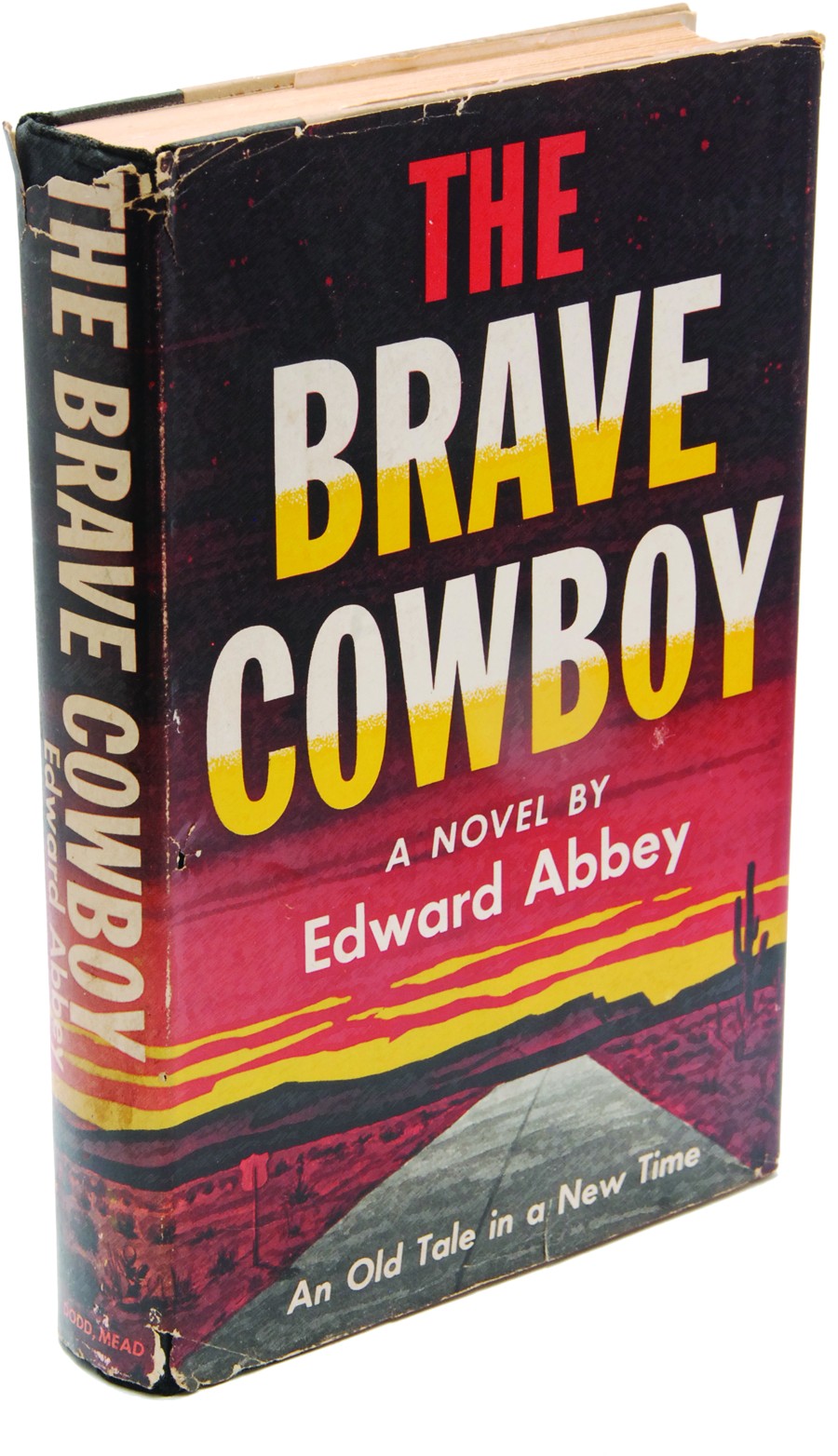 
A lot of people talk about Edward Abbey classics like The Monkey Wrench Gang and Desert Solitaire, but have little knowledge that the caustic lover of the American West wrote many other novels and short stories deserving of equal praise. One such novel is The Brave Cowboy, featuring Abbey’s recurring character Jack Burns. In The Brave Cowboy, Burns is the hero, a cowboy riding his horse, Whiskey, across plains encircled by barbed wire that must be cut down. When Burns decides to break a pal out of jail, his collision with civilization and the law cascade into a Western saga that the actor and director Kirk Douglas found fit to make into the film Lonely Are the Brave. A few years back, I met Douglas in a press line and had only one thing to say: that Lonely Are the Brave was my favorite film. He shook my hand and, in his stroke-slurred speech growled, “That was my favorite movie, too.”
Ken Sanders Rare Books, 268 S. 200 East, Salt Lake City, 801-521-3819, KenSandersBooks.com 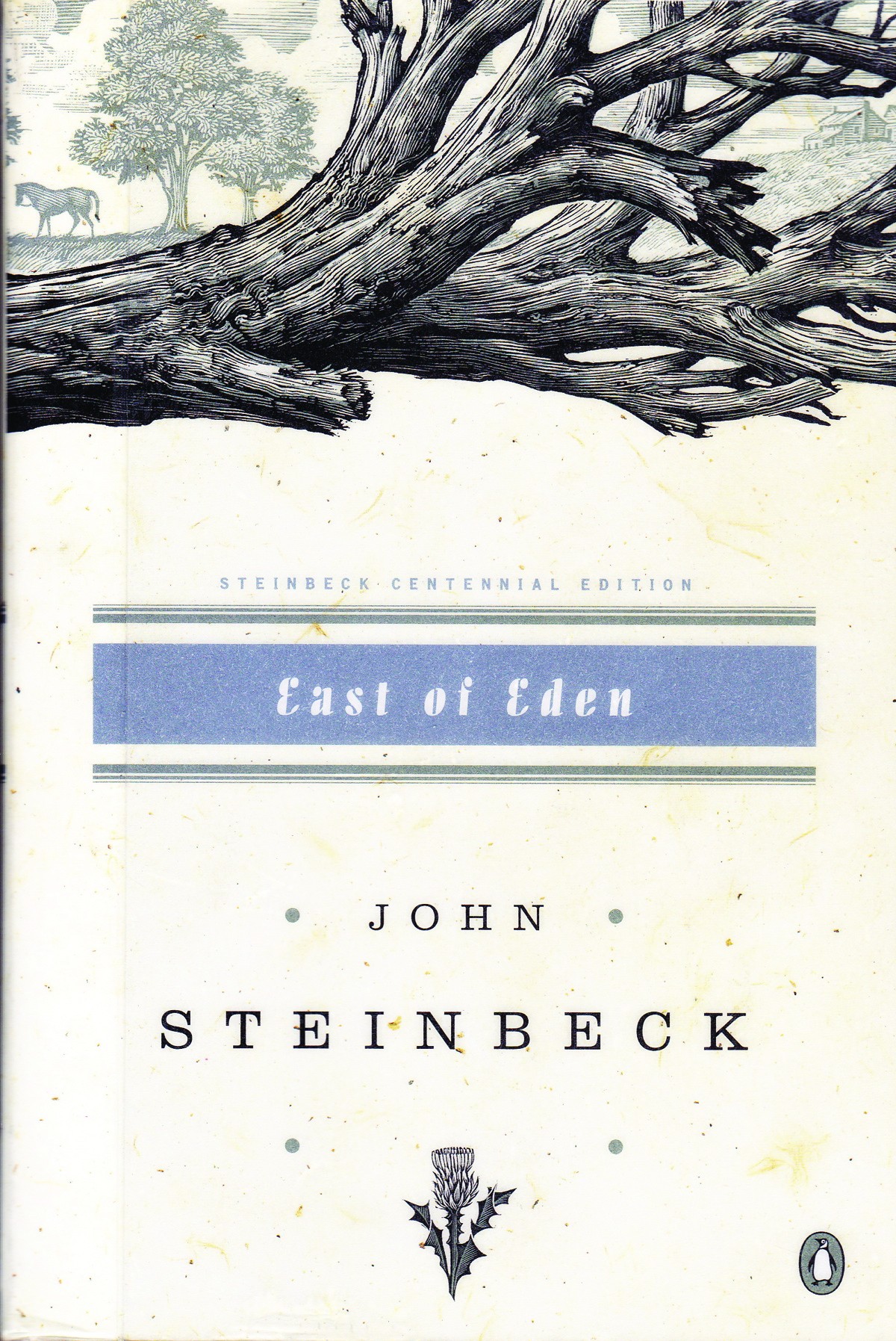 
Forget everything you think you know about John Steinbeck. Despite its heft, East of Eden is a page-turner, a sweeping multigenerational saga filled with enough betrayal, scandal and secrets to make a soap opera blush. But it’s also an exploration of ancient biblical themes—free will, and the battle between good and evil in its purest, realest form: within ourselves. Every re-read of this book brings something new to the surface for me. I’ve forced almost everyone I know to read it, and they’ve all loved it, even if they loathed Of Mice and Men with a burning passion. This is the book that should be under the tree of every reader in your life.
Ken Sanders Rare Books, 268 S. 200 East, Salt Lake City, 801-521-3819, KenSandersBooks.com