Deron Williams made his bed, and now he, the team, the fans, and the entire NBA have to lie in it. 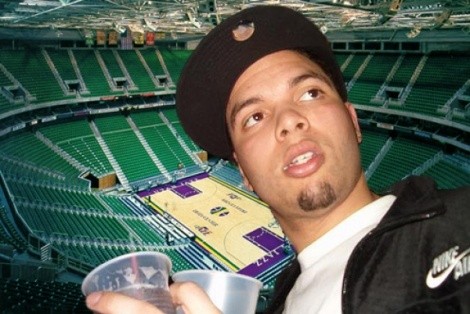 Deron Williams, point guard, coach and director of operations of the Utah Jazz basketball team, is one of the best players in the NBA. We’ve all seen his pinpoint passes. We marvel at his ability to pass over, around and between befuddled opponents. Many of those result in an assist on the stat sheet, and all NBA point guards are ultimately measured by their assist totals—per game, per season, per career. After all, it is the assist that defines the role of point guard, the floor leader who does all he can to make his team and teammates better.

Even if you’re not a basketball fan, you might still remember former Utah Jazz point guard John Stockton, an NBA Hall of Famer, who is the NBA’s career assists leader. Stockton is an NBA hero and remains a local icon. For his years of toil and stature, a statue bearing nearly no resemblance to him now stands in front of the EnergySolutions Arena. Despite that, even a casual fan can understand that Stockton (or whoever it was who posed for the statue) is about to pass the basketball. That’s what point guards do. More often than not, Stockton passed the basketball to his longtime running mate, fellow All-Star Karl Malone, who, better than nearly anyone the NBA has ever seen, put the ball into the basket. When that occurred, Malone was credited with two points and Stockton with an assist.

During his career, Stockton passed the ball tens of thousands of times with 15,806 of them resulting in a basket for the Utah Jazz and an assist for him. He might have ended up with 20,000 assists if not for sharing the floor with some players whose hands were more suited to making mudpies than baskets. No matter. He made them look better, too. I can’t remember which pass I’ll remember John Stockton for. But I do know the pass I’ll remember Deron Williams for—at least to this point of his fractured NBA career—and only he can rehabilitate that career.

It was a pass to Ronnie Brewer. Brewer, ever the fine athlete, had no trouble at all nabbing the ball, then dribbling toward the basket. But there was no basket made, so Williams did not register an assist. However, he is to be credited with “assisting” Brewer with a steal nonetheless. Williams peddled his memorable cross-court pass in the waning seconds of Feb. 9’s game against the Chicago Bulls, smack-dab into the hands of a grateful Brewer—who is gainfully employed by the Bulls, not the Jazz.

A sharpshooter like Williams had to know that pass would be picked off faster than a ham sandwich in the Boys Town lunchroom, and Brewer—hardly invisible in his unmistakable bright red Bulls uniform—was happy to oblige. That sourpuss pass came on the heels of Williams being stripped of the ball moments earlier by Chicago Bulls point guard Derrick Rose, whose efforts at frustrating Williams all evening would lead NBA immortal Jerry West to later proclaim, “I saw the game last night, and Deron got his fanny kicked by a great player [Derrick Rose].”

No one watching could have known it would be Jerry Sloan’s final game. Before bank closing time the very next day, Sloan had stepped down as Jazz head coach, and his longtime assistant Phil Johnson left with him. For the past week or so, there’s been lots of guessing about why Sloan—a basketball Hall of Famer himself—would resign midseason. Some guess that he was forced out. Some guess that he was burned out. Some guess he grew tired of the increasingly pouty, insubordinate, negative, finger-pointing Williams.

In today’s NBA, where players run the show, it was only a matter of time before the Utah Jazz would produce a player who would refuse to dance with the ones who brung him and who became taller than the grass he grew up in. Oh, they’ve had those types before, but in years past, owner Larry Miller, as “up-by-his-bootstraps” as any NBA owner ever was, stood right beside Sloan, who famously has no stomach for prima donnas. Those players either were jettisoned or they adapted to a system that produced more than 1,000 enviable victories for Utah Jazz teams since Sloan became head coach. Williams—sitting in his catbird seat of an expiring contract in 2012, superstar potential, with Utah Jazz management weakened by the passing of Larry Miller—decided it was time to pick his own iTunes.

He called his own plays. He favored certain players. He complained publicly and behind the scenes. As Brutus came not to bury Caesar, so did Williams by claiming an affinity for Sloan. He never believed Sloan would leave. They were both just stubborn. He said they are alike because they both want to win. Who doesn’t want to win?

Sloan must feel blindsided or betrayed by the management that chose Williams over him. No, he wasn’t “forced out,” as Jazz management was quick to assert, but that’s parsing words—they just let him go bungee jumping with no cord. Williams is now introspective, perhaps contrite, and trying to prove so by reading Derwin Gray’s Hero: Unleashing God’s Power in a Man’s Heart. You know the subtitle to that one, don’t you? It’s “When Bad Things Happen to Good People—Because They Did Bad Things.”

Williams made his bed. The whole of the NBA knows it. Would you risk your own franchise on him now? Derrick Rose plus 10 others have all his floor skills. But this will be measured off the floor, where Williams remains a rookie. And one without a coach, no less. Too bad. Right now, he could really use Coach Sloan—who even in parting, placed team before self, a trait the Jazz were once known for.