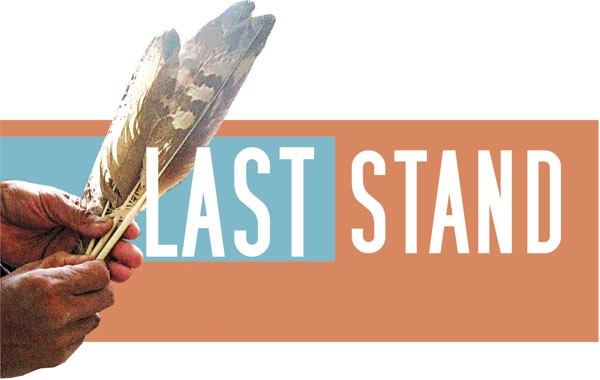 GROWING PAINS
On March 22, 2010—World Water Day—150 people trudged up through mud for half an hour from the southern end of the reservation to Nelms pond, Marilyn Linares recalls, to bless the water. As the sun came up, they gathered around Naranjo and a tribal elder, who performed a ceremony, said a prayer, and then they drank the water. “It got real quiet,” Linares says. “I felt moved.”

Two years later to the day, Nevada State Engineer Jason King made his ruling on the pumping of the rural Nevada valleys. The state granted the water authority permission to pump up to 84,000 acre-feet of groundwater each year from four rural valleys. King ordered that Spring Valley be pumped in stages rather than full bore, to assess the potential environmental impact.

Rancher Bart Parker expresses disdain for the idea that SNWA would stop pumping if it proved damaging. “They’re not going to shut the pump off because the Parkers are experiencing abnormally dry conditions,” he says.

SNWA’s Davis says, though, that the fear that “once we begin pumping no force on heaven or earth can make us stop, that’s just not true.” The water rights granted by the Nevada State Engineer “are not a blind check.”

Greymountain says SNWA “still answers ‘I don’t know’ to certain questions,” such as how long do they plan to pump. “They tell us we’ll not be affected. I know they’re wrong. I see they’re wrong. In my mind we have to keep fighting it, there really is no room for negotiation.” SNWA, she feels, is focused only on Las Vegas’ immediate need for water.

One wildcard is the BLM, which is expected to announce a decision later this year, after seven years of study, on whether or not it will permit the pipeline project across public land. But council members have little faith that the BLM will stand up for them.

Naranjo’s frustration and anguish is evident in his words and gaze. “We’ve got to send a message, to be sincere. If we have to stand up physically and stop something, like lay in front a bulldozer, then we’ve got to. They’ll continue to run us over if we don’t.”

THE SONG OF THE WATER
Steele puts his box of feathers into his truck and drives to the southern end of the reservation—“the upper rez” as residents call it. He parks by a stream whose waters churn with ice melt. Here are the willow trees from which tribal women cut shoots to make a baby’s cradle. “They use their teeth to pull off layers of bark,” Steele says. The cradle-makers choose the red branches in particular, as they are the strongest ones, “so the baby can absorb the strength.”

Under a tree he unexpectedly finds the remains of a hawk’s tail, feathers he had long been searching for. “My heart grew real big inside of me” at what he calls “a gift from the Creator. It made me feel strong.” He plans to make the feathers “beautiful, then pass them down in ceremonies to my grandkids.”

He sings a ceremonial song to the water. The song includes words in English for those who attend ceremonies who don’t speak Goshute. “Let’s go to the creek and get some water,” he sings in Goshute. Then in English, “I pray for you, I sing for you, happy birthday to you.”

Through the water, he says, he connects with the spirits, using their power to reach the people he is trying to protect. The thought that Las Vegas may take this water fills him with sadness.

“It would take away an important part of my wholeness,” he says. “The rocks, the trees, the grass will be sad, we will be sad. It will be a sad ending to the Goshute tribe, a sad legacy for all these decision makers, without much thought of the environmental racism and destruction that will happen. It paints a very bleak picture going into the future.”

With the BLM expected to release its environmental-impact study later this year, the SNWA anticipates ongoing litigation from opponents of the project. So it will “continue to trudge through the permitting process,” Davis says, until it can reach “shovel-ready status.” But it will be the Colorado River and Lake Mead’s dropping elevations that will trigger the start of pipeline construction, he says.

Steele drives up into the Deep Creek range, stopping to watch a herd of elk climb the mountainside as an eagle circles overhead. Steele continues up to the source of several springs. It’s a crag of rock from which warm water, home to rare Bonneville cutthroat trout, comes up from aquifers miles below. This is the water he uses for his sacred ceremonies. “Good water, 99.9 percent pure,” he says. It’s also the water that will be the first to go when the pumps get switched on, he fears.

CLIFF EDGE
This primal spring erupting from ancient rock has been the site of so many sacred songs by other tribal members, other tribes over the centuries, Steele says as snow begins to fall. They drink this water, they sing to it and it carries their songs and the spirits down the stream, down the valley.

He squats down by the moss-lined stream, the stream echoing past him. He is somber and still, as if in prayer.

What troubles him, he says, is how to tell the youth, and particularly the schoolchildren at Ibapah’s elementary school, about what the pipeline means 75 years from when the pumping starts. That’s when the reservation will see an impact, he fears, when the water disappears.

“I don’t feel the light bulb has turned on for them,” he says. “How do I approach them to tell this bleak story? It’s like sending them out into the dark without a flashlight. You tell them there’s a cliff out there somewhere, but they still fall to their deaths.”

Long after he has gone, he says, and joined the spirits of his ancestors in their sacred water, the children and their children will inherit the consequences of the SNWA’s initiative, of the failure of federal agencies, and finally the tribe itself, to protect their most precious natural resource. “There’s no way around it,” he says. “They can’t run and hide.”