Salt Lake City is following in the footsteps of Athens, in a bad way. 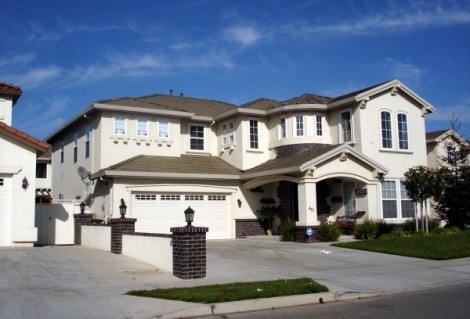 Let me think. What, has it been a week or two since I mentioned something about Greece? That’s a real dry spell for me, and one that can’t be blamed on Al Gore. As usual, something around here reminds me of Greece, and somehow Greece spins its way into an article. This past week, I’ve been following what is happening in the Yalecrest area of Salt Lake City, where so-called “monster homes” have been built and where more might be built. That reminds me of Greece.

Greece used to be comprised of tiny villages and in the larger cities like Athens and Thessaloniki, it was common to find distinct neighborhoods. But for the past several decades, Greeks have abandoned the rural life for the urban. As the population of cities exploded (Athens today has about 10 times the residents it had in 1920, and more than double the number since 1950), those neighborhoods have become less distinctive and Athens, generally, looks like it was designed by the wrong end of a horse. Once home to some of the proudest architecture in the world, the Athens of today can fairly be described as built by Neanderthals.

If a Greek in Greece ever reads this, he or she will blame someone else for what has happened to Athens. Greeks are the best finger-pointers in the world. Someone else with some other agenda will have caused Athens to be so unorganized and so thoughtlessly built, they will say. At the core, it was rapid population growth in Athens (you need a history lesson to know why), matched against greed, lack of planning and flat-out disrespect. Except for the rapid population growth, that’s what’s happening in the Yalecrest area. What else except greed, lack of planning and disrespect would explain why the classic Tudor and Craftsman bungalow-style homes that define the neighborhood are being torn down and replaced by characterless new homes that would be fine in the suburbs but not along the tidy and tiny streets of this neighborhood?

Forget that the new homes are monster homes—they’re ugly homes. The original Yalecrest homes were built with continuity and originality, and they constitute one of Salt Lake City’s most distinctive neighborhoods. The new homes lack context. They block the views of their neighbors. They are hulking. They look like a Greek at a Mormon wedding. They are changing the face and the personality of that neighborhood—and others in Salt Lake City, too—in ways that remind me of Athens.

Athens has been taking mail for nearly 4,000 years, so it’s hardly a surprise that along the way some histories and traditions have been lost. What is surprising, though, is how rapidly that Athens became ugly. Once beautiful, neoclassical buildings now decay along streets where builders without permits built new concrete structures. Developers built buildings before streets and plumbing were complete. Athenians can look up to the Acropolis, described as the most perfect building ever built, then return home to uniform, mid-size apartment buildings where even the smallest balconies are considered deluxe. Driving in Athens brings a joyous tear to one eye looking at a marvel, while the other eye cringes at what lies beyond.

Driving through Yalecrest is becoming like that. First, you glimpse a home that looks so picture-perfect that you want to live there, under the Christmas lights, sharing hot drinks with all the folks, waving at the neighbors walking dogs and kiddies. (I’m not a big fan of dogs or kiddies, by the way—it just looks nice.) Then, you see one of the monster homes and it’s as if there were a neon sign on it saying, “Throw a brick at me. Please! Put me out of my misery!” You know, if a house looks out of sorts, then the people living inside must be equally ill. I see the homes and imagine the occupants walking their kids on a treadmill and keeping dogs around only for the bark.

I never want to meet the owner of a monster home. If you are one and you know me, please end our relationship—now. Monster-home folks are jerks, plain and simple. I have no quarrel with big homes, just the NIMBYs living in them. For example, years ago, Draper touted itself as horse country. It was a bastion for horse lovers, with whole tracts and subdivisions dedicated to horse properties. Attracted by the rural nature of Draper, new residents came in droves (like in Athens, I guess), surrounding the horse people. Soon enough, the newbies decided they didn’t like the smell of horse crap. Besides, all that land just begged for a new subdivision, a new grocery store and a new strip mall. When was the last time you saw a horse in Draper?

Or, for that matter, a chicken coop in Riverton? Acres of alfalfa in West Jordan? A sugar-beet field in Sandy? They are all mostly gone and replaced by neat, new subdivisions. With all that acreage out there, it seems that’s where the monster-home lovers should take their monster homes. Of course, that would take the fun out of it for monster-home owners—if a monster home builder can’t be a jerk, why build? Out there, their monster homes are just run-of-the-mill big houses. They only become monsters when they dwarf and swallow their neighbors. Someday, we might ask, “Remember those cute Tudors in Yalecrest?”

I know landowners can do as they wish on their land, primarily. But, spare me that: We don’t live in caves, we don’t live in isolation—we live in communities. When those communities change, when traditions die, when respect withers, we change, and not for the better. Doubt that? Google an aerial view of Athens. Then, find a tree.