Spend this Pie and Beer Day with some local experts. 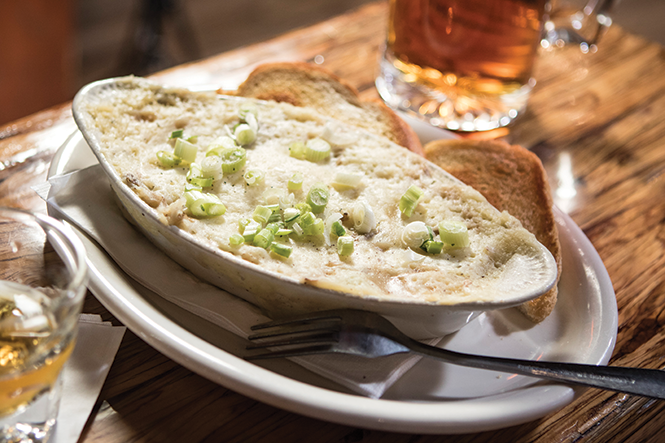 Utah has reached the point where our level of local talent when it comes to pie and beer have made it hard to decide where to hitch our Pie and Beer Day wagon for 2020. If you're having trouble deciding which varieties of pie and beer to sample, I took the liberty of reaching out to a few local breweries to see which local beer works best with your favorite variety of pie, while providing a rundown of the local spot makes the best version of that pie. If you don't get the best damn Pie and Beer Day experience of your life this year, then you have no one to blame but yourself.

I kicked off my quest with Kiitos Brewing (608 W. 700 South, 801-215-9165, kiitosbrewing.com), a relative newbie in the Utah brewing scene. During a phone conversation with Ashlin Trolin, Kiitos' Regional Liquid Liaison, she was quick to recommend their Vanilla Nut Cream Ale with a warm slice of apple pie and their Blackberry Sour with cherry or banana cream pie. Trolin says that the Vanilla Nut Cream Ale was in short supply outside of the brewery, but stores should be restocked just in time for Pie and Beer Day. Either way, the Kiitos taproom is open for business; if you can't find one of their brews at your favorite local shop, you can always mask up and swing by for a quick growler refill.

From there, I reached out to Will Gillane, Sales Manager of Bohemian Brewery (94 E. Foothill Boulevard, 801-566-5474, bohemianbrewery.com). His first recommendation was their Cherny Bock Schwarzbier with cherry pie, because its roasted coffee and chocolate notes create a full-bodied contrast to the sweetness of cherries. For citrusy pies like key lime or lemon meringue, Gillane recommends Bohemian's Sir-Veza Mexican Style Lager for its sweet finish that complements pies of the tart variety. If you'll be dining on pizza pies for your holiday meal, Gillane suggests picking up some classic Bohemian Pilsener which is crisp, refreshing and light-bodied—perfect for the salty savor of a good pizza.

Last but certainly not least on my pie and beer tour was Matt Thompson, Lead Brewer with the veterans at Epic Brewing (825 S. State Street, 801-906-0123, epicbrewing.com). Thompson's recommendations were focused on savory pies, which round out the list nicely. Fans of shepherd's pie, for example, will want to check out Epic's Imperial Pink Ale. "This beer is slightly roasty and malt forward, with hints of dried and tropical fruit, which pairs perfectly with a savory meat pie," Thompson says. If a heaping pile of Frito pie—a Utah favorite that consists of chili, cheese and Fritos in no particular order—is in the cards for your holiday, Thompson suggests a dose of Los Locos. "What better beer to pair with this than Los Locos, our Mexican-style lager," Thompson says. "This beer is brewed with corn, lime and sea salt, and is light in body to complement the savory and spicy notes of Frito pie."

Like local breweries, Utah has a lot of talent in the baking arena—which makes it hard to decide on the best pick for the other half of this happy day. Those looking for something that stretches the boundaries of what pie can be should make way to Tradition (501 E. 900 South, 385-202-7167, traditionslc.com). The spiced cherry pie is a top shelf Mercedes-Benz of a pie, and its mixture of black pepper spice and lemon-zest tart would most definitely party with that Kiitos Blackberry Sour.

If you're after traditional pies that are easy to order in advance, you can't really go wrong with Kneaders (multiple locations, kneaders.com). They've got you covered when it comes to caramelly apple pies and fluffy banana cream pies, but I'd also encourage anyone ordering from here to try out their raspberry cream cheese pie—based on the brewers' recommendations, this one would pair best with the Cherny Bock from Bohemian for those pops of raspberry tartness. As for some key lime pie to go with one of Epic's or Bohemian's Mexican brews, your best bet would be The Dodo (1355 E. 2100 South, 801-486-2473, thedodorestaurant.com). Key lime pie is notoriously difficult to pull off, but The Dodo's iteration is consistently tasty. While you're there, pick up some Toll House pie, which pairs well with anything at any time.

You're on your own for pizza—if you don't know where to get good pizza in Utah, I'm afraid you're beyond hope. I can help you out when it comes to other savory variations, however. Shepherd's pie aficionados need look no further than Piper Down (1492 S. State Street, 801-468-1492, piperdownpub.com). This is the comforting, gravy-forward dish that all other shepherd's pies answer to. I'd also suggest checking out Fillings and Emulsions (multiple locations, fillingsandemulsions.com) for their tantalizing roster of meat pies—their Cubano is a celebration of salt and vinegar pub food flavors. For those in the mood for some Frito pie and a Los Locos Lager, I'm suggesting you bite the bullet and try cooking this culturally relevant dish at home—even if you fail, the results are always intriguing.

Here's wishing you and yours a happy Pie and Beer Day. Go forth and drink deeply.