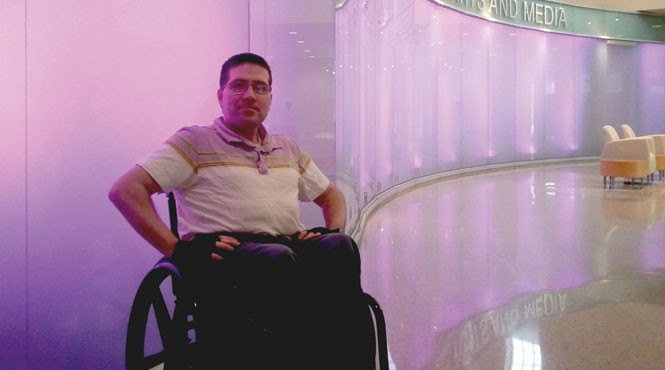 Many people use Salt Lake Comic Con and other sci-fi/fantasy events to dress up as characters from pop culture, an art known as cosplay. After a widely publicized attack on a cosplayer at San Diego Comic-Con, Mitch Clegg, a Salt Lake Comic Con volunteer, decided to bring attention to the issue of cosplay harassment in hopes of preventing it.

Are people who wear revealing cosplay outfits "asking for it"?


They may be wearing something that is revealing, but no one, and I repeat no one, regardless of what they have on, deserves to be harassed. Harassment is evil. They are in this costume to have fun, and if you're harassing someone, you're taking away the fun that person is supposed to be having. You're making it not fun anymore. That's the whole thing with cosplay—you're supposed to enjoy it. If you're getting harassed, you're not enjoying it. I've had friends want to quit the whole thing because they get harassed when they're in costume. They get called nasty names, they get touched. It really irks me to hear this. No one should be touched or harassed in any way when it comes to costumes. It's just somebody expressing who they are in the way they think is fun. No one has the right to take that away.

Have you experienced cosplay harassment?


I actually have. I happen to be in a wheelchair, so it's kind of a double-edged sword. I got harassed because of the chair and I got harassed because I'm different—I like to dress up in costume and have fun with it, so I was different from other people. It's been my experience that when people see something they don't normally see, they are scared of it. It's something they're not used to, so they don't want to give it a chance.

What do you hope to accomplish by raising awareness of cosplay harassment?


Part of the reason I did this was I've dealt with harassment for almost 20 years. Not just cosplay harassment, but because of my physical disability. I've seen the pain that it causes and I don't want people to go through it. I'm tired of people getting hurt by it. I want to do my best to make a difference and make sure people don't get hurt anymore. It's not something that people should have to go through. The other reason was this thing in San Diego. This is another big reason why I started it, because it should not have happened. It's just stupid; it's juvenile to harass people. It's playground tactics.

What can convention attendees do when they witness harassment?


One thing is go find security. If you're at a convention and you see something going on, go find security, go find a volunteer, go find someone that has some form of authority and tell them what's going on. Don't wait 20 minutes or half an hour—go right up directly and find someone who can do something about it as soon as you see it. If you wait, it raises the risk of that person getting hurt.

What kind of rules could conventions apply to eliminate harassment?


With Salt Lake Comic Con, what we're doing is starting up booths called Safe Zones that cosplayers can go to if they are being harassed, and they can feel safe at these places. A lot of the volunteers are on board with this, too. There are multiple places at Salt Lake Comic Con that will be designated safe areas. I know that some of the big cosplay groups that are doing it too: Heroic is doing it, the 501st, the Mercs I believe are doing it, too.