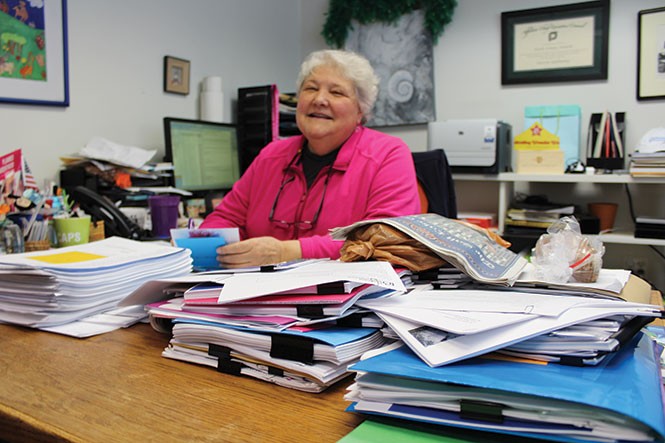 Karrie Galloway, president/CEO of Planned Parenthood of Utah, was on her way to see jazz pianist and singer Diana Krall perform with the Utah Symphony in summer 2015 when she got the call.

On a late Friday in mid-August, Utah Gov. Gary Herbert ordered a halt to about $270,000 in federal money flowing to her organization through the state health office. It was a small taste of the kind of major cuts that could come down in coming months as Donald Trump settles into the presidency, backed by a Republican majority in Congress.

"I'm nervous, I'm frustrated," Galloway says. "What Planned Parenthood is known for is to work with people to make sure that they get their health care regardless of their ability to pay." Her group will continue to provide care for the roughly 46,000 Utahns it saw last fiscal year, no matter how its federal funding is affected, Galloway says. The money from Washington makes up about a quarter of her $10.3-million budget. If it disappears, Galloway concedes, patients might be required to pay a little extra—say a few dollars a visit—to help make up the difference.

"I don't have it all figured out, and it will happen in stages," she says. "But we are working night and day to figure it out."

That's good news to Celeste Tholen, 26, who supports the organization even though she no longer goes there for services. Tholen, who works in marketing in Salt Lake City, first went to Planned Parenthood in 2010, right around the time she got engaged. Then a full-time student at Utah Valley University, she wasn't able to get insurance through her parents, her part-time internship or the retail job where she made $7.25 an hour.

Tholen was skeptical. She associated the organization with abortions and thought she'd hear about the merits of that procedure during her first visit.

"I thought they were going to shove that down my throat," Tholen says. "What I found was a clean, bright space that was very safe," with employees who helped her figure out which type of birth control would be best at a price she could afford. Tholen has migraines triggered by changes in hormones, so the contraception does double-duty as medication to fend off the debilitating headaches.

Tholen says she's disappointed by legislative efforts to defund the group.She believes they "are sidestepping the real issue. We don't respect women and trust them to make decisions for themselves," Tholen says.

No matter their motivation, Republican lawmakers in Washington, D.C., are moving to nix Planned Parenthood funding as part of a larger plan to repeal Obamacare. In Washington last week, U.S. House Speaker Paul Ryan said he believes no taxpayer dollars should go to the group, which also provides cervical and breast cancer screenings, sexually transmitted infection (STI) testing and other services.

None of the $500 million in annual federal funding to Planned Parenthood goes toward abortions, but any taxpayer money flowing to the organization has the effect of supporting the procedures, Ryan contends.

Mary Taylor, president of Pro-Life Utah, agrees. If you give someone $100 to help pay their mortgage and not to buy groceries, Taylor reasons, you're still helping that person overall.

"We see no reason why this money should go to Planned Parenthood," Taylor argues. She joins Ryan in calling for the money to be diverted to local public health centers.

But Planned Parenthood's Utah office overseeing nine clinics from St. George to Logan isn't deterred. It's moving forward with plans to provide more robust family planning in Salt Lake County. And a new program called Her Salt Lake is beginning to connect an estimated 7,000 Utah women to free birth control through March 2017. It's a joint project involving University of Utah researchers, pharmaceutical companies and Planned Parenthood Association of Utah. The push has a mix of funding from foundations, the National Institutes of Health and private donors.

Her Salt Lake is a big step forward, Galloway contends, because it allows women to try out different forms of contraception if they feel one type or another has negative side effects or doesn't work for their lifestyle. In previous studies, women generally were locked into one type of birth control.

The research project looks at how a community is affected by providing women with the option to choose the most effective types of birth control—intrauterine devices and hormonal implants—which generally are the most difficult to access.

The group also has teamed up with a Salt Lake City advertising agency to get the word out about its clients. One part of the message: While most of Planned Parenthood patients are women, about 1 in 5 people seeking services from the organization's Utah clinics are men, according to the group's yearly report. The majority are in the 21-30 age range.

Planned Parenthood has both allies and foes in the Utah Legislature, which convened this week. One pending proposal seeks to ensure that Utah women can get birth control through Medicaid, the health insurance program for people with a low income, even if Congress drops a requirement for insurers to cover contraception.

On the other hand, another bill would require doctors to inform women seeking medical drug-induced abortions that if they change their minds, they can take a pill to prevent the abortion from taking effect. Several physicians have criticized studies backing the method, saying the science doesn't confirm that it's safe or effective. Arizona, Arkansas and South Dakota have passed similar legislation.

Last year, the Utah Legislature made the Beehive State the first in the nation to require anesthesia at the 20-week mark, with the idea that a fetus can feel pain at that point. Gynecologists and obstetricians pushed back on the measure, saying the science isn't clear, but the measure passed.

Away from the Capitol, some Utahns are unequivocal in their support for Planned Parenthood. After the November presidential election and during the legal battle against the governor, Galloway's group received upticks in donations.

"Women need a safe and confidential place to get their reproductive health care," Galloway says. "We can't let them down."