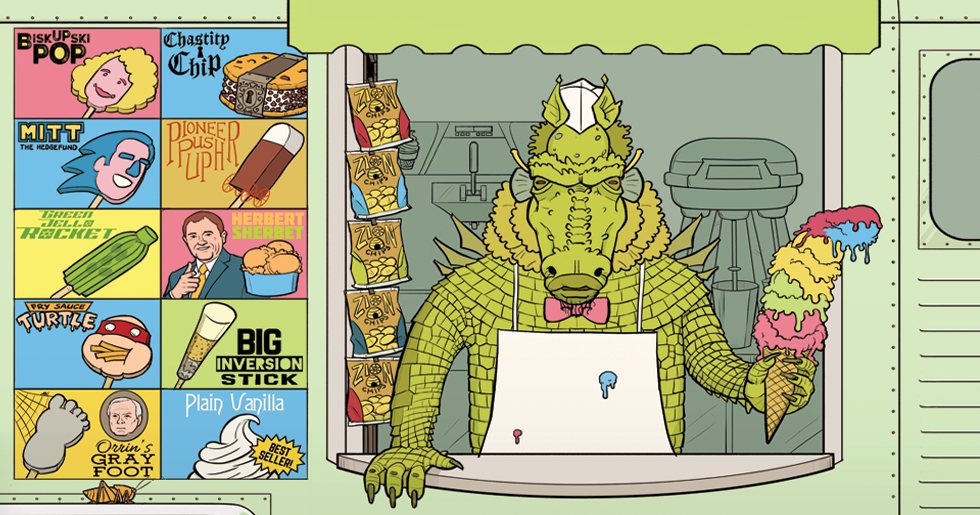 Blame it on a man history remembers only as Brother Bainbridge. In the 1840s, Bainbridge reported spotting a dolphin-like leviathan in the Great Salt Lake. Although our lake is located some 4,000 miles from Loch Ness, sightings of the mythical being—soon to be christened the North Shore Monster—grew and, by summer 1877, published accounts of it and its "frightful bellow" ran in the Corinne Daily Reporter and later the Deseret News.

By then, the creature had evolved into a horrendous amalgam possessing the body of a crocodile and a horse's head. In reality, it was probably a stray bison. We'll chalk up the confusion to the beginning stages of heat stroke experienced by Barnes and Co. Salt Works employees, a nip or two of Valley Tan whiskey and lack of internet.

Whatever the case might be, we pay homage to that piece of homegrown lore in this special issue, and neigh our way through the glory that only summer in SLC has to offer.

On these pages, you'll encounter everything from a trek atop a double-decker tourist bus to a rundown of festivals that just scream summer to a primer on watersports (those of the non-Russian inclination) on the Beehive Nessie's former home. You'll also get familiar with some area swimming pools ripe for the plunging, salivate over delectable ice cream creations, get the down-and-dirty on dirty soda and find out which spots to ship off the kids to for the day while you soak up the rays.

What's that you say? That's not enough to fill all 93 days of summer? We also threw in a rundown of activities on the now-flowery Utah slopes, an art-themed roadtrip, a summary of outdoor movie fests, tips on how to assemble the perfect picnic basket and a Mezcal 101 class. If that wasn't enough, we also asked several local notables about their first summer jobs, went on the hunt for the ultimate SLC souvenir and assembled a comprehensive patio guide to sweeten the pot.

In short, get ready for one monster of a season. So bust out that floppy hat, squeeze yourself into last year's swimsuit and spread that SPF, baby. Here, you missed a spot.