Swallow Involved in Attempt to Bring Ward to Utah

Utah AG had served on same anti-porn board as the U.S. attorney 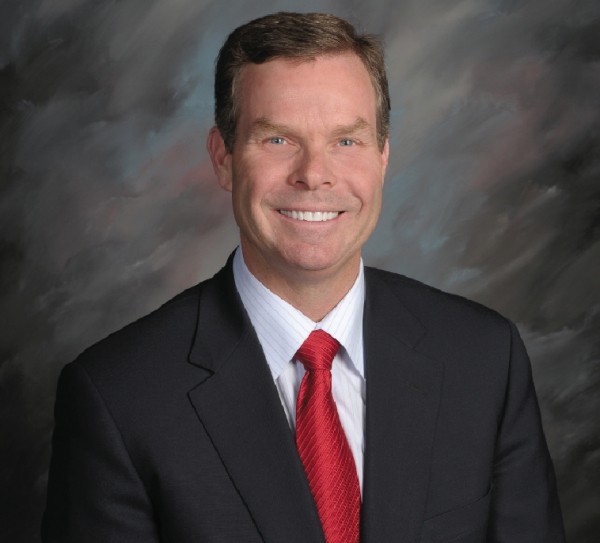 At a Jan. 11, 2013, federal court hearing before Judge David Nuffer, embattled St. George businessman Jeremy Johnson told the court that he would plead guilty to bank fraud and money laundering, as long as U.S Attorney Brent Ward agreed to not prosecute individuals on several lists of family, friends and associates that he had presented to the court.

Among those people on a list Johnson had e-mailed in October 2012 to his then-attorney was recently elected Utah Attorney General John Swallow.

According to a report prepared by Jeremy Johnson’s private investigator, which he sent to Utah Gov. Gary Herbert in June 2013, Ward’s supervisor, a senior prosecutor, “jumped up from the audience and snatched the list from Mr. Ward.” The senior prosecutor had had no idea that Ward had given immunity to those on the list, Johnson said in the report, which City Weekly accessed through a record request. Ward’s supervisor “was especially disturbed by Mr. Ward’s promise to give immunity to Mr. Ward’s friend, whom he had endorsed for attorney general, Mr. John Swallow.”

In January 2013, shortly after the failed plea deal, the U.S Attorney’s Office released a statement. “It has been reported that federal prosecutors informally agreed not to prosecute John Swallow. That assertion is completely untrue.”

In May 2013, the U.S. Attorney’s Office recused itself from the Swallow investigation, passing it to the Public Integrity Section of the U.S Department of Justice, which in September announced that it would not be pressing charges against former Utah Attorney General Mark Shurtleff and Swallow.

In the months after the plea deal collapsed, though the scandal involving Swallow and Johnson was looked at from many angles, details on the relationship between Swallow and Ward were scant. But e-mails from the Attorney General’s Office accessed by City Weekly reveal that Swallow may have been involved in an attempt to bring Ward to Utah.

His taskforce met resistance from the U.S. attorneys of Nevada and Arizona, however, who felt their resources would be better used going after child-porn cases rather than those involving consenting adults. A U.S. Inspector General’s report later identified that Ward had complained about the two dissenting U.S. attorneys, who were subsequently fired.

In summer 2010, John Harmer—Bountiful resident, anti-porn crusader and friend of John Swallow—decided it was time to bring Ward back to Utah.

Swallow was a trustee on Harmer’s board for six years, until 2012.  In a written statement he sent to City Weekly, Swallow says that he “was pleased to serve and engage in the fight against the growing tide of pornography, which I view as a plague on our society and an affront on marriage relationships.”

The reason for the lack of progress with mounting “a personal injury lawsuit against the manufacturers and distributors of obscenity,” Swallow says, is because of several barriers LCS has encountered. “Victims of a pornography addiction battle feelings of shame, which makes it difficult to find willing plaintiffs.”

He also cites “statute of limitations issues,” because “by the time someone who has been exposed to obscenity is sufficiently treated and wants to recover damages, it is well beyond the normal personal-injury statute.”

Ward was also a trustee on the LCS board, but Swallow says he did not serve on the board of trustees at the same time as Ward.

“I have actually met Mr. Ward once during lunch with Mr. Harmer and I believe it was in early 2011,” Swallow writes. “We primarily discussed the fight against obscenity and briefly discussed my desire and plans to run for AG.”

Ward did not respond to an e-mail to his DOJ address with detailed questions on his relationship with Harmer and Swallow. Utah U.S. Attorney spokeswoman Melodie Rydalch stated that a court order in the Johnson case prohibits extrajudicial statements, so her office would not answer any questions.

Swallow says that the impetus to bring Ward to Utah came from Harmer, “who suggested that if Mr. Ward transferred to the Utah U.S. Attorney’s Office, he might be allowed to assist our office on a joint effort against obscenity. However, as Mr. Ward and I discussed the feasibility of that type of arrangement, it seemed unlikely and we both lost interest. That was before I met with Mr. Ward for lunch and before he transferred to Utah.”

In an e-mail from Ward to Swallow, sent Aug. 8, 2010, Ward noted that Harmer had been to visit his Washington, D.C., office earlier in the week. “We discussed his proposal of an arrangement that would permit me to relocate to Salt Lake and continue working for DOJ’s Criminal division,” where he was employed. In an e-mail to Ward, Swallow noted that “General Shurtleff was excited” about the possibility of Ward returning to Utah and working with the Attorney General’s Office on anti-porn initiatives.

According to an e-mail from Harmer to Swallow, also sent Aug. 8, 2010, the intended new office for Ward was the Attorney General’s Office itself. Harmer outlined a 15-minute conversation with Sen. Orrin Hatch in which “I explained to him the concept of bringing Brent Ward to the office of the Utah AG.” Hatch told Harmer he would work with Shurtleff “in making this happen. He suggested that Mark write a letter to [Hatch] explaining the concept and specifically asking Orrin to make contact with [U.S. Attorney General Eric] Holder.”

A spokesman for Hatch’s office said that after reviewing their files, they had found no letter from Shurtleff regarding Ward or records of a conversation with Harmer on the subject.

In 2011, Holder closed down Ward’s obscenity taskforce. Johnson said in his report that Swallow made a deal with Ward upon the latter’s return  to Utah. “[Ward] had ambitions of running for Utah Attorney General. John Swallow told Mr. Johnson that he met with Brent Ward around this time and promised him a good job in the Utah Attorney General’s office in exchange for Mr. Ward dropping out of the race and supporting Mr. Swallow.”

Swallow denies any deals being offered or made. He writes that at the 2011 lunch, “No promises were made and nothing was discussed about a future job in my administration if I was elected.”