Toronto, Chicago are great cities, but Salt Lake has its merits, too. 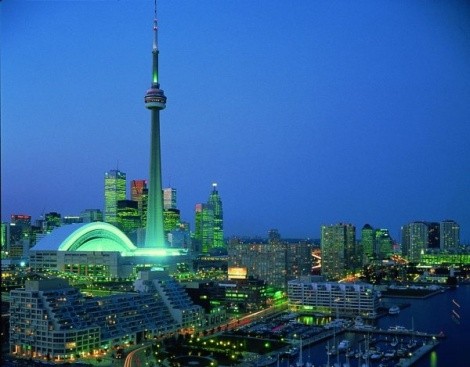 Late last week, I returned from a short trip to Toronto, Canada, and Chicago, USA. I and a number of City Weekly staffers were in Toronto for the annual convention of the Association of Alternative Newsweeklies. After that confab ended, I stayed a few days in Chicago to do a little business, catch a Cubs game at Wrigley, grab a Chicago dog, eat some Chicago stuffed pizza, visit Greektown, see Shrek the Musical and otherwise while away a few days of summer. Chicago is where I first saw an alternative newspaper in 1981, the Chicago Reader, and for that and reasons too numerous to list, I regard it as my favorite U.S. city.

Both Toronto and Chicago sit on one of the Great Lakes—Toronto on Lake Ontario, Chicago on Lake Michigan. Both cities have large ethnic populations and both have colorful, bohemian neighborhoods. Both cities boast world-renowned chefs. Both have tall structures that creep into the clouds—the CN Tower in Toronto and the Willis Tower (formerly the Sears Tower) in Chicago—that tell any visitor that these cities know how to celebrate living large.

So, after eight days away, it struck me as quaint that the motto for Salt Lake City these days is “Downtown Rising.” Yes, indeed it is—technically. And, until last week, I was duly impressed by the transformation of our city’s north end with the City Creek development. Until last week, I thought, “Damn, we are really something!” each time I looked up Main Street and saw a crane putting the finishing touches on a new building here and a new parking structure there.

But, to see “Downtown Rising” on CGH (City Growth Hormone), you need to see Toronto. Entering the city from the airport, you will see at least 40 cranes hefting steel to new high-rise apartments, hotels and business offices. I couldn’t believe my eyes, especially when I considered that I couldn’t see the whole city, that I likely missed some buildings that were recently topped off and that I will miss new ones yet to start construction. I don’t know what it is, exactly, that makes Toronto such a burgeoning place these days. However, there’s one reason given to me by a native that I can summarize in three words: Universal Health Care.

We Americans, ever so quick to summarize a summary, refer to the Canada phenomenon in just one word: Socialism. Whatever it is, Toronto seems to have the same situation as Phoenix—there are more people trying to get in than get out. A fundamental difference, of course, is that Toronto has yet to roll up the welcome mat. I can understand why a Mexican family would want to venture north into the United States to start a new life, legally or illegally. Why anyone would leave Toronto—or Vancouver, Calgary or Montreal—for nearly anywhere in the United States mystifies me. There’s a reason we have no border issues with Canada—no one seems to be leaving!

Yet, if there is one U.S. city worth leaving Canada for, it would be Chicago. The only leg up that Toronto has on Chicago is that Greektown in Toronto kicks butt on the one in Chicago. Other than that, Chicago beats Toronto in the best-city race. Chicago has a Great Lake and a great river (OK, a decent river). Chicago has the original Second City comedy theater. Chicago has four of the tallest buildings in the world. Chicago’s shorter sisters compose some of the finest architecture in the United States. Chicago is full of street art. Chicago has the Bulls, the Blackhawks, the Bears, the Cubs and the White Sox. Chicagoans are blue-collar real—even the ones in white collars.

There are about 30 miles of mostly accessible beachfront along Lake Michigan in the greater-Chicago area. That’s about the same distance as along the Jordan River from North Salt Lake to Utah Lake. Walking through Lincoln and Grant parks in Chicago brought back a flood of memories, and the first thing I did after getting home was to mount a bike and take a ride on the Jordan River Parkway from 4800 South to 700 West near 9000 South and back again. I’ve driven across the parkway a thousand times but never had set foot on it.

When I was growing up, the Jordan River was full of everything from washing machines to radiators, and was considered so polluted that to look at it caused repulsion. So, I never bothered with the parkway until this past Sunday. Riding along the bends of the river, I saw how the revegetation efforts are working, how people are using the river itself and how it attracts people of every color, stripe and mobility. Importantly, people are actually choosing to live and do business near the river. I think I saw the future.

I honestly had no idea of the gem that is now the Jordan River Parkway, and how much greater it will become. After the Great Chicago Fire, a moratorium was placed on building along Lake Michigan, and efforts began that still continue to un-pollute the Chicago River (during the Great Fire, it was so polluted it contributed to the blaze). Former Chicago Mayor Richard Daley proclaimed he’d like it to become swimmable again. The same is taking place in the middle of our valley, and I’ve been blind to it. The Jordan River Parkway deserves our attention, our protection and our efforts to make it even better.

They’re catching fish (that are edible) in both the Chicago River and the Jordan River these days. The day we can swim in both will be a day of real celebration for two great cities. Or, one and counting.