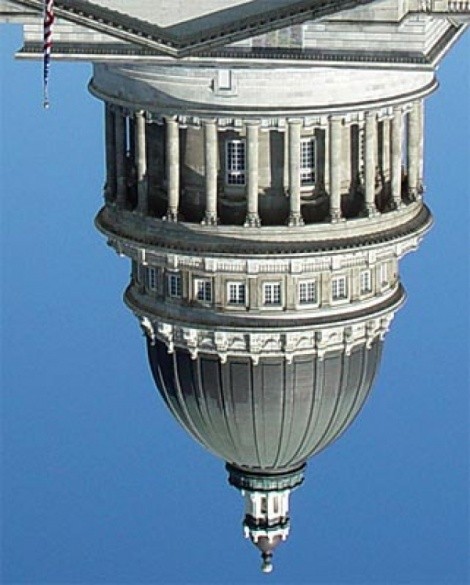 This used to be my favorite time of year. Not because of the fine snow in the mountains or the nearing prospect of spring, but because the 45 days the Utah Legislature is in session are a heyday for area news reporters, columnists and smart-asses.

It’s the rare year that a Utah session ends without providing a potful of journalistic material for an entire year. Trouble is, after the session, many people tune out local politics, and whatever piece of idiocy that could be written about in February just doesn’t get the same traction when written about in June.

Given that this is Utah, home to about a million self-serving hypocrites, you may not be surprised to know I up my dosage of aspirin and Lysinopril during the legislative session. No, this time of year has come to represent a certain level of dread, not at all the Hope and Promise that I formerly understood as the first names — along with Justice, Honor, Fairness and Charity — of children of a free democratic society.

Utah Legislature: A few choice names for those in charge

If the Utah Legislature were the inspiration for childhood names, roll call would sound out Coward, Shipwreck, Scoundrel, Partisan, Falsity and Beelzebub. Of course, there’s the aforementioned Hypocrisy, too, but discussing Hypocrisy with a Hypocrite is a more glorious waste of time than explaining Irony to a nine-iron.

Take Republican State Sen. Jon Greiner: He’s on a committee reviewing Utah retirement policies — up until the time comes to vote on those policies, that is. Greiner is what some call a “Double Dipper” — a person who takes a retirement from one agency, then rehires with another. No crime there, though some may cringe at Greiner’s $107,000 annual retirement package. But, Greiner was absent during a crucial vote on possible changes to the retirement system he benefits from. He was having lunch at a Realtor Day function instead. For that, Greiner is a Coward. And, what a deal! Taxpayers pay him to vote and Realtors feed him. Greiner may be our first Triple-Dipper.

It’s not all bad news on the Hill. I am elated when a favorite piece of legislation gets out of committee. As a Democrat, that’s as far as most of my favorite pieces of legislation go. It’s a rare bill — especially a substantive one championed by a Democrat — that sees passage by the Republican-dominated House or Senate. Thus, I take my smiles when and where I can.

What are the Democrats up to?

I’ve come to rate the success of the Democratic Party in Utah on a sliding scale of smiley faces. Last year, with the early promise of enlightened LGBT legislation, the smile meter was that of a circus clown. When those early forays were dashed by phobic Republicans, the smile turned upside down. When legislative Republicans all found God at the same time on the same day and voted to repeal Utah’s private-club laws, the smile meter ranked up there with Bozo. Unless you like watching your legislator lie down like a used floor tile, there’s not much to cheer about if you’re a Democrat. The smile rating thus far is somewhere between Mona Lisa and Queen Victoria.

All isn’t lost, however. Although I’ve lost contact with most legislators—on purpose—I still get the occasional insider tip about upcoming Democratic bills. Among those, and one with much promise, is a bill code-named “The Lowercase g.” That bill would require that Democrats themselves—as a show of unity with their Republican masters—not be demonstrative about gay issues. Thus, even when a sentence begins with the word “gay,” the g cannot be capitalized. Further, the word gay cannot be pluralized, and associating the word gay with other words will not be allowed, with the exception of the word “parade.” Pride is out.

Said Democrats are also preparing a nonbinding resolution that will not only allow the reintroduction of wolves to Utah, but will also allow them to be hunted, by day or night. Thus, they can remind their constituencies that, despite all appearances, they remain pro-choice.

And taking a page from Sen. Chris Buttars, the Democrats are sponsoring a proposal to eliminate the 18th hole on state-owned golf courses. Though they claim it’s a money-saving measure, its real intent is to allow them more time to share at the bar with lobbyists who paid for the golf, anyway.

Insiders call that one the “If You Can’t Beat ’Em, Join ’Em Bill.”