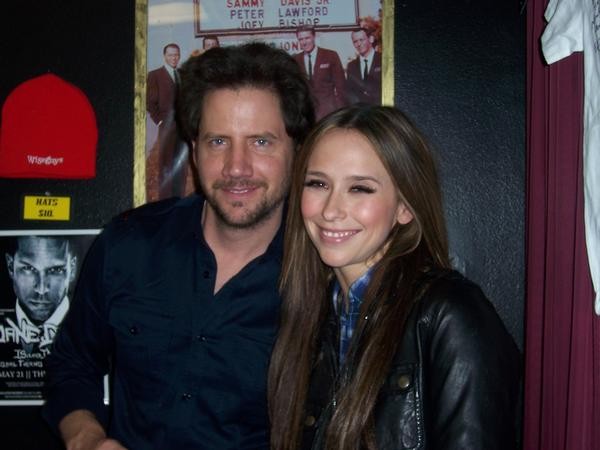 After a long week of hustles and hassles, I was ready to have a beverage and let loose with Jamie Kennedy last Friday night. The show was booked at Wiseguys Comedy Cafe in ; I had never been there and was surprised to find it nestled in a tight little corner of a strip mall, right next to —swanky!

The opener was a comedian by the name of Bill Dawes; he was hilarious and has been touring with Kennedy for the past four years. Most of his set was geared towards picking out adulterers in the crowd, picking on me, and of course, Mormons. Why is it that everyone outside of believes the general population here to be Polygamist, Mormon pedophiles? Some people were offended, but I myself was highly entertained!

After Dawes’ 30-minute set, he promptly introduced Jamie Kennedy, who started off kind of slow. He was a little quiet and seemed to be a bit vulnerable—but after about 10 minutes we were knee-deep in a gloriously racist, sexist and antagonistic performance! No one was left out: “Jews,” “chinks,” “spics,” blacks, whites, men, women and children were all fair game for his unapologetic performance! After he explained to the crowd that men don’t really like to push a woman’s heads during blow jobs (“they should be doing it themselves”), I quickly learned that JK likes to speak with a “Blackscent,” my new favorite word! I wonder how many times he’s gotten his ass kicked for that.

And, as documented in the gossip rags (and my photo in the Wiseguys lobby, above), Kennedy is currently dating his TV costar, Jennifer Love Hewitt! He kept making references to her BJ skills! I wouldn’t have believed any of this had she not been accompanying him on tour to help him sell merch! What a guy! Pimp your girlfriend out to your fans to make that cash! Hey, if she’s willing ... why not?