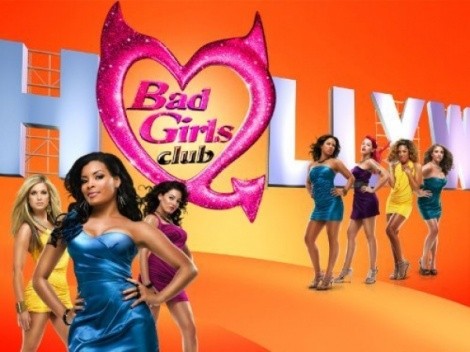 Besides City Weekly’s upcoming guest-appearance on this Sunday’s season premiere of Big Love, guess where else we are on the tube? The Bad Girls Club! ---

About seven minutes into last night’s Season 6 premiere of Oxygen’s skanks-gone-wild reality hit The Bad Girls Club, one of my True TV quotes about Season 5 appeared on a house wall, right below review blurbs from the Los Angeles Times and other publications.

The quote: “The Bad Girls Club, like bacon of the month, or an STD, really is the gift that keeps on giving.” I feel pretty special that I get to be at eye-level and probably appear in every episode this season: 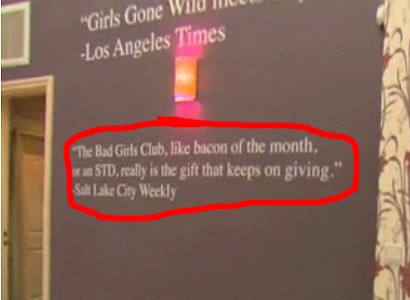 Part of the design of the new/old Los Angeles BGC house (the show was taped in L.A. for four seasons before trying out Miami last year) is a Wall of Infamy, which includes a smattering of press quotes—flattering and otherwise—about past seasons of The Bad Girls Club. Production designer Steve Leonhardt explains in the video below (the wall appears around the 1:02 mark).