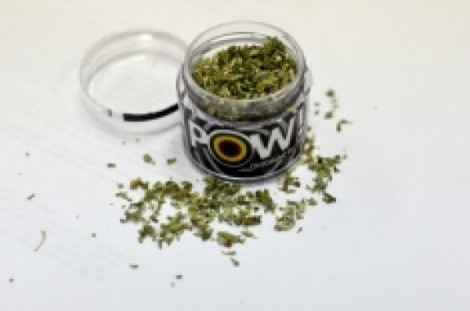 A leaked e-mail City Weekly recently obtained shows the State Crime Lab director worries that testing for "spice," an ersatz-marijuana product the Legislature banned without funding for enforcement, may "threaten our rapid turnaround time" on other drug cases.---

As City Weekly exclusively reported, Utah lawmakers this year banned spice--effective immediately--without disclosing more than $350,000 in expenses related to enforcing the ban during a budget-crisis year.

Utah currently funds only 20 percent of the need for drug rehab programs. Some have suggested any funding for drug control programs should be used to close that gap, not purchase equipment or hire new staff to enforce the new spice ban.

The State Crime Lab is also responsible for testing rape kits, DNA samples in major crimes, as well as many controlled substances, like heroin or methamphetamine. Henry says the spice ban threatens to slow down response time only to other drug cases.

On March 3, Henry wrote to Nash--who then forwarded the e-mail to the 400 prosecutors:

We attached a fiscal note for a person to help us out with this testing. Unfortunately, a decision was made that stated there would be no impact on the crime lab and we did not receive any resources to help us out.

The fiscal note attached to House bill 23, sponsored by Rep. Gage Froerer, R-Huntsville, states the ban on spice would “not materially impact the state budget." Froerer did not return requests seeking comment.

Critics have complained that trying to ban spice will be counter-productive because new, technically legal chemicals can quickly be substituted for those that were just banned. Henry tells City Weekly that some substances that are not explicitly banned may still be deemed illegal "analogs" but that such substances take considerable time to research.

Right now, we are accepting spice samples for testing. As predicted, we are beginning to see other uncontrolled synthetic cannabinoids appear. The strain is becoming evident because it takes a while to find the drug, scour the literature, order a standard and make the identification. The crime laboratory is becoming a "research" center for new spice creations and this additional time commitment may begin to threaten our rapid turnaround time.

HB 23 banned 10 ingredients known to be contained in spice products but Gambrelli Layco of Utah's Bureau of Forensic Toxicology (BFT) told City Weekly those ingredients are believed to be only a subset of all the active ingredients contained in spice products. Supporters of the ban say driving under the influence of spice is a major concern, but currently prosecutors have to hire private, out-of-state labs to test human fluid samples for spice--a key tool in DUI enforcement--because BFT can't do it.

We also did not receive funding for the standards to identify the new spice drugs.

Right now, our message is: Send the minimum number of samples needed for your case. We only perform solid dosage identification (no toxicology). If the submissions begin to get too numerous and begin to affect our operations, we may discontinue testing until we receive funding.

Both Nash and Henry talked to City Weekly about the e-mail. Says Nash, a former prosecutor, "The bill was a problematic bill when we started. If you put a list of substances on there and say 'these are illegal' then they change the chemical formula by one carbon atom or whatever the hell, and you have a new substance. ... The prosecution and law enforcement community worked on drafting this it and came up with the best thing we could think of then the Legislature passed what we suggested to them. But, yeah, it's problematic. ... Certainly smart chemists on the other side [like manufacturers of spice products] will come up with different things that aren't covered."

Henry says his lab has only seen a few of the more-exotic ingredients in spice products that are not explicitly banned by the legislature. "It's a wait-and-see what happens. Right now, we're OK." As for discontinuing testing of spice cases, Henry tells City Weekly, "If it's important to law enforcement, if it's important to prosecutors, then we'll probably end up stacking the samples up and getting to them when we can get to them. I don't want [spice cases] to jeopardize our other operations, our other drug cases. ... Right now, there's not an issue, but [the e-mail] is a cautionary statement to prosecutors, more of a, 'Hey guys, please don't abuse this.'"

Henry explained that when large caches of suspected controlled substances are found, sometimes cops send the entire cache to the lab for testing. Henry is suggesting cops send only some samples.

As for funding: "I thought if we had one [new] full-time employee could handle [spice cases]," Henry says. "That's also sort of to make up for cuts we've had over the last couple years."