If you're a local comic book geek and you haven't seen the signals in the air, here's your formal warning: Free Comic Book Day is tomorrow. --- I did this same post last year, but for those of you who need a refresher course, grab your pen and paper for this quick tutorial review. Free Comic Book Day is an event held on the first Saturday of May every year (tomorrow) where most every comic book store in the nation will hand out specially made books for the day to anyone who comes in. Aside from obviously trying to get you hooked on comics, the event itself was created to promote reading with kids and teenagers through a medium they'd grasp more easily than say, Fahrenheit 451 or The Catcher In The Rye. (And far better reading material than one of the thirty-dozen vampire books that are on the shelves.) Now on top of this event, certain stores will go the extra mile by bringing in artists and writers, as well as other members of the comics community for people to check out and chat with. Problem is, Utah doesn't have a lot. Aside Comics Plus in St. George (seen in the list below), only FIVE stores along the Wasatch Front will be doing anything beyond handing out the free books this year. So for your benefit, here's as close to a complete guide we could put together to Free Comic Book Day 2011 in Utah.

Black Cat Comics will have writer Doug Wagner, whose book
I.C.E. debuts on Saturday, at the shop starting at 11AM to sign the book. He is also the writer of one of the movie prequels for Red, The Ride, 25 To Life, and more, as well as the Managing Editor for 12 Gauge Comics. Plus an appearance by the Salty Horror Girls promoting November's horror film festival! This year Black Cat has tripled their orders for free comics due to running out of their near doubled-stock of free books, which vanished in a little over an hour! As always, there is no limit to the number of titles you can pick up. If you want to try one of each, they invite you to be their guest to do so.

Hastur Games and Comics will have on hand, Hal Jordan of the Green Lantern, in full costumed glory to greet the crowd and have pics taken with the kids. Plus special local guests, The Mandelorian Mercs, who have helped Hastur promote their Toys For Tots Drives over the years. There will also be drawings for prizes and a few giveaways, along with some added last-minute gift prizes that are on the way. Anyone who shows up in a superhero costume always gets a little extra something. On the store side of things, Hastur will also be holding a huge back issue sale. Comics at $1.00 each. Any leftover books that are not taken will be donated to local schools near the shop in an effort to promote reading in education. 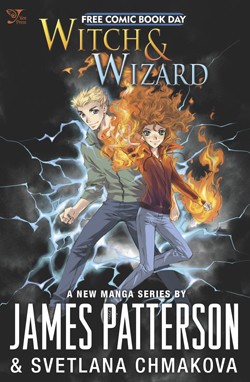 To help celebrate this wonderful event, local Southern Utah artist Kimber Rose, will be making her first appearance at Comics Plus on Free Comic Book Day! She is a fast, up and coming artist who began participating in local anime conventions in 2009, selling her work in the Artist Alleys. She'll be doing commissions at FCBD, plus she'll have new comic book prints as well as some of her more popular manga/anime prints available for sale. Contact her early to order commission pieces and be sure to check out her artwork on the Deviant Art website. Also, for your listening pleasure, Jupiter will be playing live music to entertain you. Bring the kids by to see some of their favorite costumed characters: Captain America, Supergirl, Spider-man, Catwoman and Star Wars characters like Darth Vader, Chewbacca, C3-P0 and Stormtroopers. Also, there will be a BIG store sale, Thor movie ticket giveaways, games and more!

Swing by either Night-Flight Comics location to pick a comic book, absolutely free, from our selection (limit one per person per store). This is a great opportunity to introduce someone to the wonderful world of comic books, to rub shoulders with other comic book fans, or to just hang out at the most awesome place on the planet, Night-Flight Comics! While the downtown location will be open, the majority of the events will be held at the State Street location from 2:30-6PM. Weather providing, there will be a rock climbing wall outside for people to try. Local and national talent on hand for this event will include:

Also making an appearance for the kids will be the Utah Jazz Bear, and for customers with a pull-and-hold account with the store, Night-Flight will be celebrating its 24th anniversary with a private party at the State Street location after the store closes.

This event gives you the perfect opportunity to sample the worlds of wonder available at Dragons Keep and meet comic book professionals! From super-heroes to slice-of-life to action/adventure and beyond, Free Comic Book Day has a comic book for everyone! This year Dragons Keep will have special creator guests! Those guests are:

Their works include: Iron Man, Superman, Teen Titans, Batman, Bampop!, Justice League of America, Top Shelf Comix, Missile Mouse, Ice Age, Rio and more! Comic book creators will arrive at approximately 11AM. For those of you that haven't heard the word yet, DK are doing something that they hope you will like for this event. For the month of April when you buy backstock comics (comics that show up as backstock on your receipt) you can bring in your receipt on FCBD and get free backstock comics of equal value. So save those receipts and get your free comics!

This Saturday Dr. Volts won't just be giving away the usual array of comics, but they'll be holding a raffle and selling products for up to 50% off throughout the store. ON hand will be local artist Kat Martin with her own brand of fine geeky/creepy art, as well as WWE Tough Enough contestant (and local UCW wrestler) Martin Casaus for a meet and greet. Plus, 7-11 has partnered with the shop for a contest: Create Your Own Hammer! Make your own Thor hammer from whatever you'd like, the winner will receive a Thor prize pack. All proceeds from FCBD will be going to help out local writer Jake Black, a cancer survivor who battled Hodgkin's Lymphoma, but is currently stacked with bills from treatment and medication. For more info on the contest or to help contribute, contact David Landa at (801)-485-6114 or email drvolts@gmail.com.