How Utah Conservative Politicos Are Coping With Mitt's Loss 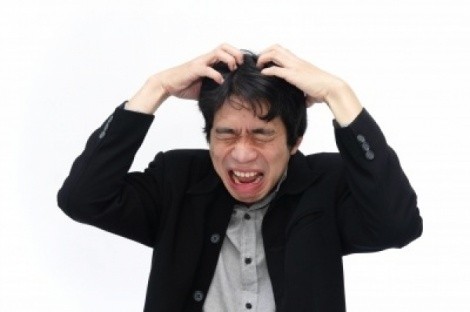 The election is over, but the war still rages for a number of Utah politicos, media figures and operatives. A week after the election and City Weekly has culled social-media posts to see how some local conservatives are coping with the PTSD of Mitt Romney’s loss.---

Alan Osmond, the head of the wholesome-singing Osmond Family (of Donny & Marie fame). was pretty quiet after the election, but then Tuesday, he apparently had to let loose with some raging screed:

Alan Osmond (Tuesday Nov. 13)
“Is Traditional America Gone For Good? Left-Wing ideology did NOT win the election. BIG SPENDING DID. Secularism is eroding traditional power! Church attendance is on the decline. Entitlement spending with birth control and after pills. Havoc in public schools. Babies born to unmarried women is driving poverty. Abortion zealots want abortion ON DEMAND. Human Rights Issues? Leagalized pot will involve millions. OUR POLITICIANS AND MEDIA ARE COWARDS AND THE TRUTH IS RARELY HEARD! It's time to "GET NOIZ" (NOISY!)”

While some Republicans including House Speaker John Boehner, R-OH, have begun to speak of the need for comprehensive immigration reform to show that the party is not insensitive to Latinos, others, like Cherilyn Eager, who unsuccessfully ran for the Senate in 2010, feel differently. In this Facebook post, Eagar seems to be suggesting that undocumented immigrants somehow voted for Obama or that all immigrants are looking for a handout.

Cherilyn Eagar (Friday Nov. 9)
“Conservatives must be smarter in getting our positive message out. The demographics have changed, for sure. Democrats have played Republicans the fools, and have succeeded in overwhelming the nation with a majority of immigrants who have a different American Dream than our ancestors did. It's the dream of a free food, free housing, free education and soon free health care.”

Apparently, the key to smart, positive messaging is to point out that those immigrants who weren’t “our ancestors” *cough* European*cough* are clearly only interested in freebies.

@gopTodd (Tuesday Nov. 6)
“That awkward moment when you realize the bad guys have won.”

Unlike others, Weiler quickly looked to the bright side.

“Wow, the #Utah Dems have LOST 8 seats in the #utleg since 2008. And yet they’re celebrating today. #utpol”

Utah native Tim Miller, who works as the Deputy Communications Director at the Republican National Committee and spent the months leading up to the election ripping Democrats and the President left and right, was nothing but gracious on election night.

@TimoDC (Tuesday, Nov. 6)
“Congrats to the president and all my frenemies in Chicago. Well deserved.”

Other folks also tried to stay upbeat. Carl Wimmer, a former state legislator who was unsuccessful in his party’s nomination to run in the 4th Congressional District this year, responded on Facebook to complaints of friends who felt Obama’s reelection meant they would be better off in Canada.

Carl Wimmer (Wednesday, Nov 8)
“To my friends who say they're moving to Canada? Why? Canada is thirty years ahead of us on the road to socialism. There is nowhere to go, nowhere to "escape" to. The fact that we're still able to vote means everything. This is the last best hope for mankind on earth, make your last stand here! Change THIS nation. My answer is today, what it was yesterday, and what it will be tomorrow...Liberty or death!”

Plus, the socialism’s a lot colder up there.

Last but not least, there are the posts of outrage from conservative blogger, author and K-Talk radio host Candace Salima.

@CandaceSalima (Tuesday, Nov. 7 )
“To the 60+ million Americans who voted for Barack Obama, Adolf Hitler thinks you're pretty darn cool. ‘What good fortune for governments that the people do not think.’ - Adolf Hitler”

I never would have guessed the fuhrer was an Obama supporter.

@CandaceSalima (Friday, Nov. 9)
“There are 59 million people who made the right choice on Nov 6th. The rest of you knuckleheads are dragging us down with you.”

And last, but not least:

@CandaceSalima (Sunday, Nov. 11)
“To all American businesses, may I recommend you fire those who voted for #BarackObama before you fire anyone else. After all, they are the reason you're having to make this painful decision. And those of us who fought for Mitt Romney did our best to give you a friendlier business atmosphere wish we would have been successful.”