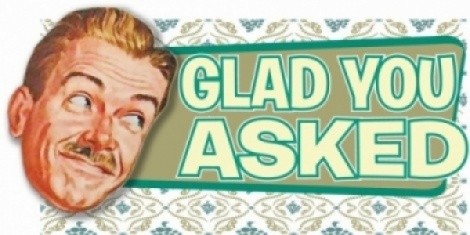 Dear GYA: I broke my body in a horrific bear-jousting accident this week and can't move from my bed. I'm just fine here with my HBO Go subscription, but I'm getting a little tired of seeing my friends' long faces as they come by to awkwardly squeeze my hand or blatantly scope out my possessions. Is there anything going on this weekend that I can tell them to go do so that I can live vicariously through their experiences and, most importantly, get them to stop trying to spoon hot soup into my mouth? —Colin Wolf, Salt Lake City---

Wow, Colin. That's rough. But I must say it's the highest honor that you've come here for entertainment advice. It seems the circle is complete. And luckily, there's tons happening this weekend that will get your friends to leave you alone so you can enjoy all that Game of Thrones nudity without feeling weird.

The Heber Valley Railroad is hosting a two-hour journey on the Chocolate Lovers Train. The ride departs at 7 p.m., though chocolate-lovers will need to arrive at the station 45 minutes in advance. The ticket price is $20 for single riders and $30 for couples; tickets include samples of chocolates and bottled water during the journey. Riders will also be entertained by live music and the sights of the Heber Valley blossoming into spring.

For a less-peaceful entertainment, former Weber State Wildcat Damian Lillard and the playoff-bound Portland Trailblazers will take to the court at EnergySolutions Arena against the Jazz. Tip-off is at 7 p.m. and tickets start at $7.75.

Typhoon, an orchestral-rock collective based in Portland, Ore. (of course) will be bringing their wistful, multilayered sounds to The Urban Lounge tonight. The show starts at 9 p.m.; tickets are $15.

The Utah Grizzlies are taking on the Idaho Steelheads tonight. Though Steelheads sound sort of terrifying, they're actually fish—so it's fish vs. huge bears. We think we can guess how that'll turn out. Admission to this 7 p.m. hockey game starts at $12 but you can get discounted seats at CityWeeklyStore.com.

Comedian Anthony Jeselnik brings his sickly charming smile and too-soon jokes to The Depot at 8 p.m. Tickets are $30.50 in advance and $35.50 at the door.

Over at Kilby Court, brothers Davin and Parker Abegg and the two local bands they play in (Secret Abilities and Danger Button, respectively) are releasing their collaborative split album, which features six tracks and is in honor of the two's father, who passed away recently. Secret Abilities plays spooky rock & roll while Danger Button is full of synth-pop style, so the EP and tonight's show will be an interesting mix. Tickets are $6 and the night starts at 8 p.m. with The Artificial Flower Company and Telepanther.

Mali, Africa-based band Tinariwen, formed in the '80s, recorded their most recent album of Saharan blues in Joshua Tree, Calif.—the first time they've made a record outside of Africa. You can catch their desert sounds tonight at The State Room; The Melodic kicks things off at 9 p.m. Tickets are $27.

Henrik Ibsen has been called the father of realism; his plays feature complicated characters with muddled motivations, and Hedda Gabler, with its titular character exploring the balance between keeping up the facade of a perfect domestic life and following her own desires, is perhaps the most popular example of his style. The Sting & Honey Company's production starts at 7:30; tickets are $18.

Salt Lake Acting Company kicked off its run of the Pulitzer Prize finalist 4000 Miles this week. The play explores the connection—and the disconnect—between a young progressive and his 91-year-old grandmother who was a leftist in her day, too. You can catch 4000 Miles at 1 and 6 p.m. today.

The Infamous Stringdusters are in town tonight. The bluegrass five-piece pushes the boundaries of the genre, with rock beats and lyrics that move well beyond cabins and front porches. The Boston Boys—a bluegrass/soul/rock & roll outfit that have traveled the world as cultural ambassadors with the U.S. State Department—start things off at 8 p.m. at The State Room. Tickets are $25.

There's no point in watching Neil deGrasse Tyson talk about astrophysics and show footage of deep space, black holes and exploding comets at home when you can watch Cosmos: A Spacetime Odyssey on the big screen for free at Brewvies tonight at 8 p.m.

For a complete list of things to do this weekend, visit Events.CityWeekly.net.

Colin Wolf will return next week.