Don't Stress Out Over the Election! Here's What You Need to Know | Buzz Blog

Don't Stress Out Over the Election! Here's What You Need to Know 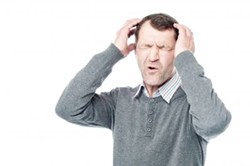 Learn where to vote, who's up for election in your neighborhood, who's financing these politicos and what they're all about in five minutes. You can learn all that in about twice the amount of time it takes to load and read a BuzzFeed cat article and the read will be 100 percent more useful—thought not as adorable, obviously.

Voting huh? But I don't have time to put pants on and go stand in some DMV line to get registered

Then don't! Registering to vote is clothing optional if you just want to register to vote online by clicking here to visit Vote.Utah.Gov (assuming you're naked on a personal computer and not at a public library).

You can also at that site request a mail-in or absentee ballot so you can avoid standing in any line to vote. Those have to be postmarked the Thursday prior to the election (Oct. 30). This is important if you are in Davis, Duchesne, Cache, Beaver, Garfield, Grand, San Juan, Sevier or Sanpete County which are doing their elections by mail. Although most of them will have voting centers open and you can find out which ones also at Vote.Utah.Gov

If you don't like using the Interweb or the post office, you can always just go to your county clerk to register in person...if you're into that sort of a thing.

OK but I don't even know who the hell I can vote for where I'm at? Is what's his face still running?

Visit Vote.Utah.Gov, enter your address it will show you where you will vote at on election day. You can also click “Sample ballot” and it will show you everyone that you will be able to vote for from congress down to the School Board.

Yeah but wait, who are these people? Why am I trusting them with my Democracy yo?

Good point, and this is where you may have to do a wee bit of digging.

First off finding candidate's campaign website or Facebook page is just a google search away. But why not start first off with looking at the money they're taking to bankroll their election.

Here you can click on public search and type in the name of a candidate you want to look up.

For candidates for congress visit the Federal Election Commission page at FEC.gov and go to “Candidate and Committee Viewer” or just click here to search their campaign finance docs.

It's also not too late to catch a few debates being put on for the Third and Fourth Congressional District races. Check out the Utah Debate Commission schedule to see about attending and when the debates will be broadcast. You can also watch a livestream of the debate right from the website.

The Alliance for a Better Utah is also hosting three upcoming debates for candidates in the state Legislature.

(check in with BetterUtah.org for more details)

See that wasn't so hard was it?

For more updates from the 2014 election follow @EricSPeterson and @ColbyFrazierLP on Twitter and visit CityWeekly.net for continuing coverage recent posts covering events such as the 2nd Congressional District Debate, controversy in the Salt Lake County Sheriff's race and a look at the West Valley legislative showdown that will likely be the legislative race to watch this election.