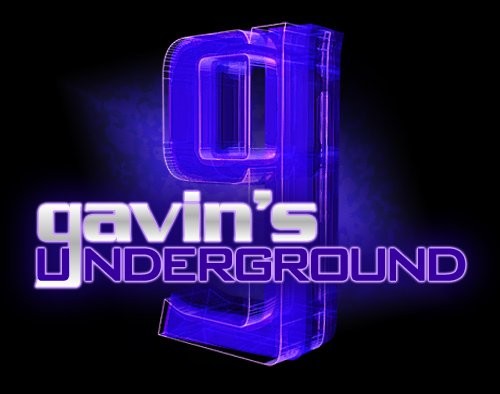 Venturing into very dark territory for their season opener, PYGmalion Theatre Company will launch their '14-'15 season tonight with the Caridad play, Spark. The story explores the constant battle war veterans of every era go through when battling PTSD, presented in a contemporary manner revolving around three sisters who are all in different points in their lives regarding the military. The story watches all three explore the trauma of war and the battle that continues at home. Today we chat with the director and a couple of the cast from the production about bringing it to PYG and their thoughts on the play. (All pictures courtesy of PYG.)

Gavin: Hey everyone, first off, tell us a little bit about yourselves.

Fran: I'm the Artistic Director of PYGmalion – I've been around the Valley forever, and directed a bunch of shows, and produced even more. Additionally, I am the Senior Principal of Marketing and Business Development at CRSA (an architecture and planning firm) and the proud if hapless owner of a bunch of horses.

Stephanie: I grew up in L.A. and went to college in Chicago (Northwestern), where I studied theatre. I've lived several places since then (Boston, New York, Prague) but Utah is definitely “home” for me. I live in Park City with my husband, two kids and a big goofy Bernese Mountain Dog puppy. I don’t like lettuce. Or whipped cream.

Anne: Well, I graduated from Westminster with a BFA in Theatre Performance in June of 2013, and I've been auditioning around SLC proper ever since. I am so enjoying working with Pygmalion Productions— it's been amazing to be surrounded by such talented women and men.

Gavin: What have each of you been doing in local theatre over the past year?

Stephanie: Last year at this time I was performing (with teased hair and a South Boston accent) in Good People at Salt Lake Acting Company. In the spring of 2014, I played Brandie// in Eric Samuelsen’s 3 at Plan-B. This past summer I was in The Rose Exposed (for Plan-B).

Anne: I started this year in a fabulous and silly production of Boeing, Boeing with Pinnacle Acting Co., had the privilege of portraying a female in an amazing adaptation of Beowulf with Meat & Potato, and wrapped up my summer playing Jean in August: Osage County (a dream role of mine!) with Silver Summit Theatre Co. and Utah Repertory Theater Co. It's been a really wonderful year!

Fran: I directed Women of Lockerbie last year, and worked with the Performing Arts Coalition on Rose Exposed. Also, I did all that Artistic Director stuff: helped choose a season, read lots of plays, helped directors cast shows, shopped for props at the DI.

Gavin: Fran, when did you first come across Spark and what were your first impressions of it?

Fran: Barbara Bannon suggested we contact Caridad Svich (the playwright), who send us some of her more recent work. We did a reading of this show two years ago – it was part of a scheme of play readings of Spark across the country on Veterans Day. I thought the poetry; the imagery was exquisite, and the story telling fascinating. It is refreshing to hear about a female soldier's journey; equally interesting to hear how war and military service impacts the people left at home.

Gavin: What made you decide to bring it to PYG and take on the director's chair for this one?

Fran: The show fits beautifully into our mission statement, to give women voice through theatre. I try to direct one show in our season a year, I believe I was best suited for this one. I love the magical realism, the poetry and most particularly the relationships between the women.

Gavin: What was the process for you to work with the crew and create an environment that set the tone for this kind of story?

Fran: I gathered images and music and compiled them to share my own vision of what this place is like, how the people look, and what they look like. The images ranged from North Carolina fields along Tobacco Road to densely vegetated but American landscapes. The color palette was deep in browns and green. Troy and I explored Piedmont Blues and dobro music together, then based on what I gave them and the script, they found their own expressions.

Gavin: To the actors, what were your first impressions of the play and how was it auditioning for it?

Stephanie: When I first read the play I was struck by the complicated dynamics between the characters. The relationships are all highly-charged and quite emotional and there is so much going on beneath the surface.

Anne: I loved the relationships portrayed in Spark — the sisters are so earthy and passionate and picky and funny. As soon as I read it, I knew I absolutely had to audition. The auditions were so fun and laid back — Fran creates a wonderful, welcoming atmosphere so you can really connect with fellow actors. That kind of environment is absolutely invaluable and facilitates a collaborative and creative experience from the first moment on.

Gavin: Prior to this production, had any of you known anyone (or experienced yourselves) with PTSD, or was this more of an unfamiliar feeling you were now looking into?

Anne: I have known individuals with PTSD, which made this play all the more important to me. I think we have a very vague understanding of PTSD as a society and Spark helps shed some light on a very prevalent issue.

Fran: I had no personal experience with it. When we did the reading of Spark earlier, we had a panel discussion and the participants spoke about PTSD and its triggers. I have also had the privilege of some discussions with members of the VA about PTSD.

Stephanie: PTSD was pretty new territory for me, though I am acquainted with someone who experienced it and I do know that it affected his family in a very traumatic way. Still, it’s not something I've had first-hand experience with. My character, Evelyn, really doesn't understand it, though its repercussions have shaped her life in a lot of ways.

Gavin: What was it like for each of you to discover these characters and bring them to life?

Stephanie: I’ve enjoyed finding Evelyn’s layers; the bits and pieces and details that make her who she is. Evelyn is not very self-aware. She’s a caretaker and feels an immense responsibility for those around her, but she often has no idea how her words affect the people she loves. She holds things in until they burst out. At the same time, she leaves a unsaid. She’s an interesting paradox.

Anne: I love the characters in this show, they're well-rounded, desirous, and truly fight for what they want and what they feel. Ali was a great fit for me because she was the teenager I always wanted to be. Ali is much cooler and tougher than I was at 18, but she also has a really soft side, and she loves her sisters absolutely.

Gavin: How has it been interacting with each other and bringing the play to life?

Fran: Actors bring their own insights and choices to each the characters they play. It so interesting discussing the choices, and exciting watching the performances mature. My favorite part of directing is kindling those choices. Working with actors and designers is tremendously fun because you throw all these ingredients into the mix and you never know what type of concoction you might come up with, but it almost always is really good.

Anne: The ladies and gents involved in Spark are all just completely fabulous. It's such a dedicated group of people, and we have so much fun together. Some of the issues in the play are really intense, so we keep it light and fun offstage. I've really fallen in love with everyone involved in the production.

Stephanie: This was the first time in years that I walked into the table-read (day one of the rehearsal) and realized there wasn't a single cast member I’d worked with in the past. It’s such a great group of people and I've enjoyed getting to know each of them. You learn something new from every person you work with, and that has definitely been the case with this cast. 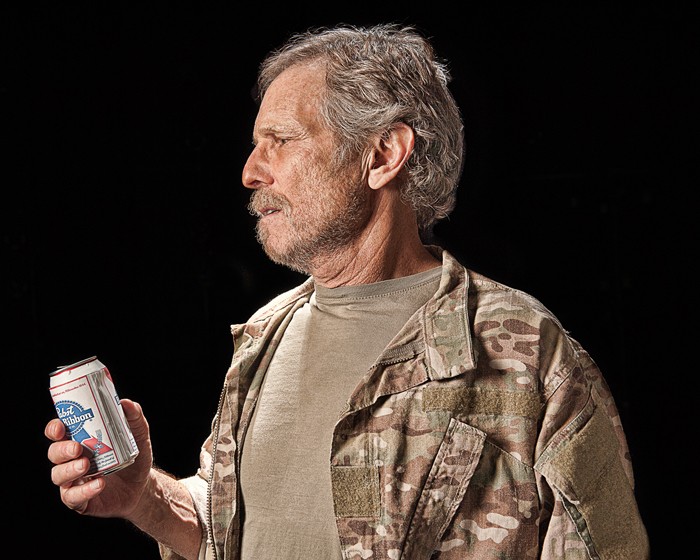 Gavin: What have each of you taken away from this story and how has it impacted your thoughts on PTSD?

Anne: I think the take-away message is that no one is perfect. We really do rely on a community of people — humans are social creatures and it is so important to behave with kindness and tolerance towards friends, family, and strangers, because you never know what people are living through or how their behavior is informed by their past.

Stephanie: To a certain extent I view the play through the eyes of my character, so her story is my ultimate take-away. Evelyn is the one who stayed. The one who tries to hold everything together and maintain a sense of normalcy despite an overwhelming feeling that the world is unraveling. I think it’s important not to forget about those people. The people who are left “holding down the fort.”

Fran: PTSD seems only the natural result of what happens to people in violent and jarring and frightening situations. Spark has really suggested to me why people join the military – which can be a very good and noble and broadening experience, and what happens to those same people who have been sent to war – which is pretty much never good, and at the very best it is benign.

Gavin: Considering the content, how important do you believe it is for audiences to see this production?

Fran: I think it will be a thought-provoking experience, and hopefully encourage discussion about the military, war, poverty, hope and healing.

Anne: I think everyone should see this show, women, men, veterans, families, there is a poetry and a beauty in Spark that demands attention. 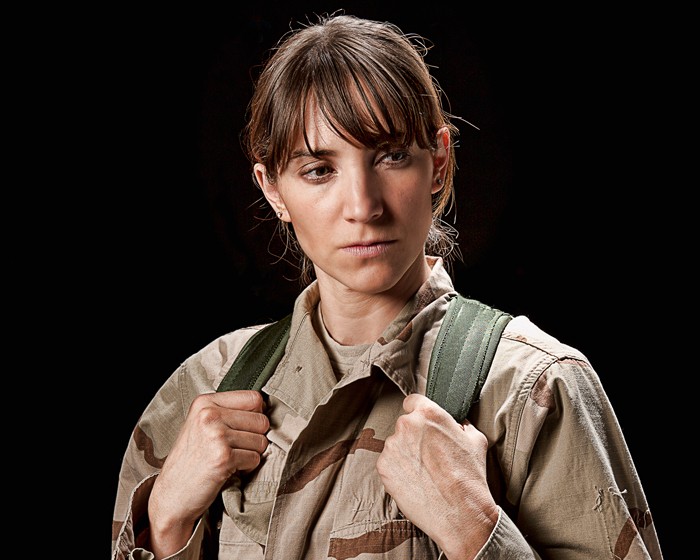 Stephanie: I’m looking forward to sharing these people and their stories with an audience.

Anne: AH!!! I am beyond excited. Sharing this with an audience will undoubtedly be magical.

Fran: Proud of the actors for unraveling the puzzle of these characters, pleased with the intimacy of the experienced, worried about all the stuff that you worry about before opening night.

Anne: I will continue auditioning for everything under the sun and in March 2015, I will pick back up with Pygmalion in a production of Mockingbird. I cannot wait!!

Fran: I will be supporting PYGmalion with its productions of Hellman vs. McCarthy and Mockingbird.

Anne: Come see this gorgeous show – I am all about promoting the obvious.