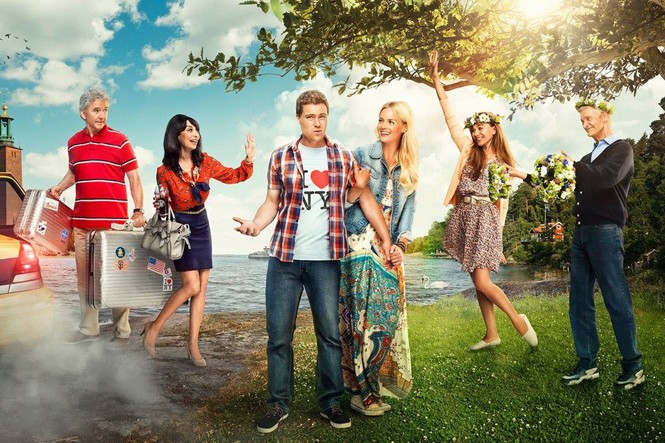 Welcome to Sweden (NBC) Season Premiere: Brother-to-Amy Greg Poehler's Welcome to Sweden was an odd bit of filler in NBC's summer schedule last year; a Swedish import whose quirky comic rhythms weren't helped by the American commercial-break format, not to mention those jarring "Swenglish" accents. Still, the funny and sweet (and based on Poehler's own life) story of an American celebrity accountant who packs up and moves with his girlfriend to her native Sweden translated nicely. Season 2 finds Bruce (Poehler) still trying to fit in and move forward with his engagement to Emma (Josephine Bornebusch) while dealing with visiting old clients (like Jack Black, Jason Priestly, Aubrey Plaza and Amy Poehler, all playing ridiculous versions of themselves). Enjoy Welcome to Sweden now—it'll be the only real comedy on NBC for the rest of 2015. No lie.