With the latest Salt Lake Gaming Con on the way in a few weeks, streamers and game reviewers from local media are starting to get hyped about what this year is going to bring. One of the aspects not talked about are the local entertainment-related crews who will be doing their own games and coverage during the event, to hype both themselves and what will be happening all that weekend. Today we're going to be chatting with the founders of Geeks With Beards, a pair of Let's Players who stream and also host their own gaming podcast. We discuss their show, current gaming and where they're headed with their site. (All pictures provided courtesy of GWB.)

Hey guys, first thing, tell us a bit about yourselves.

Austin: We are a multimedia project, from podcasts to YouTube videos, streaming and independent reviews and articles. I mostly run the articles and reviews, and Marcus has the most experience with YouTube and streaming. Together, by our beards combined, we are Geeks With Beards.

When did you each get into gaming, and what were your favorite titles growing up?

Austin: I was a first generation Pokémon fan, and growing up in the early-mid '90s, Final Fantasy and Legend of Zelda were huge influences. I always played games that had a story or RPG elements, and some of my early favorites were Legend of Dragoon and Eternal Eyes. Pretty much anything by Square or Enix was an instant favorite. Imagine my joy when I heard that they were going to merge back in 2003.

Marcus: I played Crash Bandicoot and Spyro as a kid, but I didn't really get as much into gaming until much later during the PS2 era with games like Jak & Daxter and Ratchet & Clank. So basically Naughty Dog and Insomniac games were the defining games of my childhood. But I also play a lot of online competitive games, with FIFA and Call of Duty being my early forays into the genre.

What do the two of you currently play as your go-to games?

Austin: I don't have as much time to play as I'd like, but I recently completed The Legend of Zelda: Twilight Princess HD, and I've been playing UNDERTALE and Persona 4 Golden (again).

Marcus: I am usually playing games with my friends, so Tom Clancy's The Division, Destiny, and Smite have seen a lot of playtime recently, but I also have been playing a lot of Dark Souls 3 and Bloodborne.

What drew you toward the culture of podcasting? What shows got you hooked?

Austin: I used to work with someone who went on to do a very popular podcast around geek and nerd culture, and I was always having hours-long conversations with some of my friends and co-workers about various topics. It was suggested to me that I should look into doing my own podcast many times, which in retrospect, was probably just a kind way to tell me that I was going on too long. As far as influencing shows, Marcus and I casually listen to multiple podcasts/shows, but most prominently are X96's Radio From Hell, Game Grumps and Good Mythical Morning.

How did the idea come about to do your own website/podcast on gaming?

Austin: I've been working in the industry since 2010 and have been gaming since I was in elementary school. Talking with my friends and co-workers about gaming has always been a favorite pastime of mine, so it just seemed natural to go into the genre.

Marcus:  I used to play Call of Duty: Black Ops 2 with a , and we always talked about doing YouTube, and when the PS4 came out, I started recording with Infamous Second Son, and after my channel started to take off, I really became more interested in gaming and producing content. Austin always talked about doing a podcast or getting his own YouTube channel, and Geeks With Beards came from that.

What was it like getting set up for both the site and the show?

Austin: I've been piecing together a whole set up for almost two years now, including microphones, a good webcam, PC, professional lighting and backdrop, as well as software and basic understanding on how to use it. The website was actually a bit easier, once we bought the domain and picked a hosting service.

Marcus: I've had experience doing YouTube, so that made things a lot easier as well. I know some artists who were kind enough to make better banners and logos for us. That's not to say that things weren't rocky at first, especially since we started out using a Blogspot, but now that the framework is more or less done, we have been able to focus more on content. 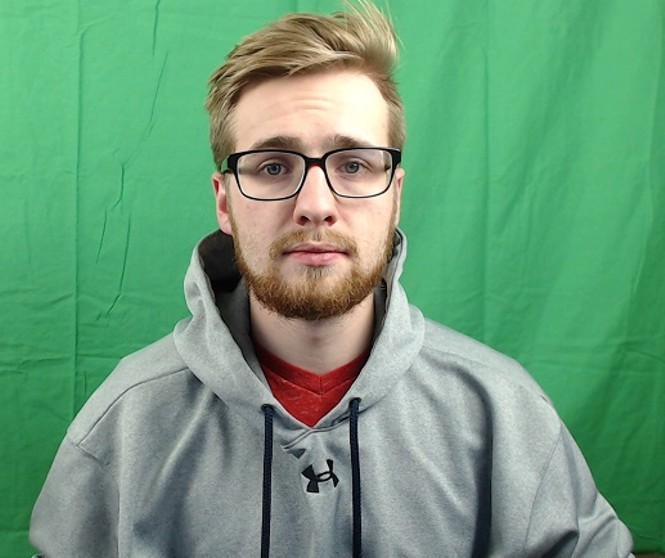 Marcus: Slow, unfortunately. Since there is only the two of us and we have school and work, it is difficult to set up a consistent schedule to produce and release content. It's still a process we are working on, but we've started to get a hang of it, and have some pretty big plans for the future. There is a lot of work between editing video and audio, creating thumbnails for YouTube, and even deciding what to record, write an article on, or talk about during a podcast can be pretty challenging.

What were the biggest lessons you learned early on as far as being news-oriented?

Austin: With as many stories as come out on a daily basis, it is difficult to try and stay up on delivering everything in a timely manner, so I try a reader's digest approach to news, where I will put out articles or mention in stream or the podcast pertinent information, or at least news that I find interesting/important. I hope that as we grow, we can broaden that definition to include a larger audience and have a steadier stream of news.

How did the idea to start doing live game streaming come about?

Austin: Marcus has been doing YouTube since 2014, and has live streamed many times, usually just for fun. I figured it would be a fun way to promote our site. Streaming is pretty different from recording, and we really enjoy being able to interact with the viewers directly.

What games do you prefer to do on your channel and what has the response been like?

Marcus: We don't really have a defined style or genre, so we really just play whatever we feel like, which is a nice thing about being smaller in terms of our audience. We've heard from our fans that they enjoy us mostly for the laid back atmosphere and chatting more than whatever title we are currently playing. As we continue to grow, we will probably continue this approach as we can never actually agree on what to play.

Where do you hope to take the website as far as the news and reviews side of things go?

Austin:  We've learned to only focus on bigger news, like E3 or other major events, at least until we grow to a size that we can keep up with the constant stream of news. As far as reviews go, it has always been our policy to review games (and other media) that we want to, and to give our honest opinion, the one that we would give our friends or family, in a fair manner.

Are you looking for more contributors at this time? How can people join up to help?

Marcus: Absolutely. Having more writers for the site would help keep content more steady. Since we are not a news site like IGN or Destructoid, having regularly released articles would be ideal for the site, and because Austin works a full-time day job and I run the video side of things and am currently a full-time student, having more hands on deck would be very helpful. We do not advertise yet, and are not monetized in any real way, so this is more of a passion project at this time, but if anyone wants to reach out to us, we can be reached at geekswithbeards.business@gmail.com.

What can we expect from all of you and the site over the rest of 2016?

Marcus: We are continuing to grow, so there are many small changes that can happen, such as redesigning the website, refining the podcast and YouTube content, we are also going to get a streaming schedule down our Twitch channel. We are hoping to go to more of this year's conventions like Salt Lake Gaming Con or possibly Salt Lake Comic Con. We also want to feature more from the local and indie scene.

Austin: I'm planning on doing full E3 coverage, as well as streamlining the review process we use so we can get out reviews faster and hopefully for more games and movies, possibly expanding our reviews to cover board and card games, expansions and comic books.